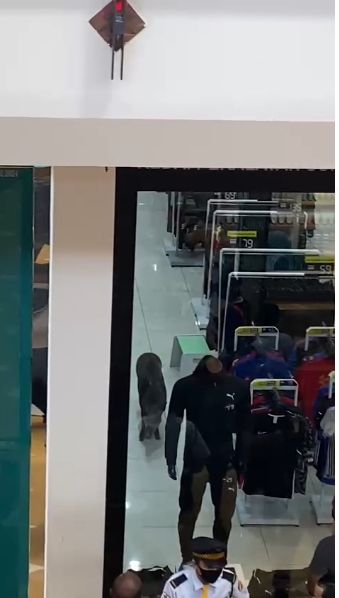 PUTRAJAYA: A wild boar ends up stuck inside a sports shop at a shopping center here after losing his way.

Videos from the event showing the wild boar walking around the store have been going viral on social media.

The wild animal appeared confused inside the shop, as he was seen walking around the aisles of sportswear. The entrance was closed to prevent the boar from “exploring” further.

When contacted, Puthjaya OCPD Asst Comm Mohd Fadzil Ali said the management of shopping centers called Bomba and JPAM was to assist with the matter.

“The animal was released and aimed towards Presint 16,” he added.

Meanwhile, Putrajaya Fire and Rescue station commander, Deputy Superintendent Che Shaari Abdullah, said a call about the incident was made around 12.38pm.

He said eight officers and a firefighter responded to the call.

“The animal was shaken off by personnel, and has been transferred to Putrajaya’s wildlife department for further action,” he said when contacted