As Malaysiakini turns 21, join us in our celebration 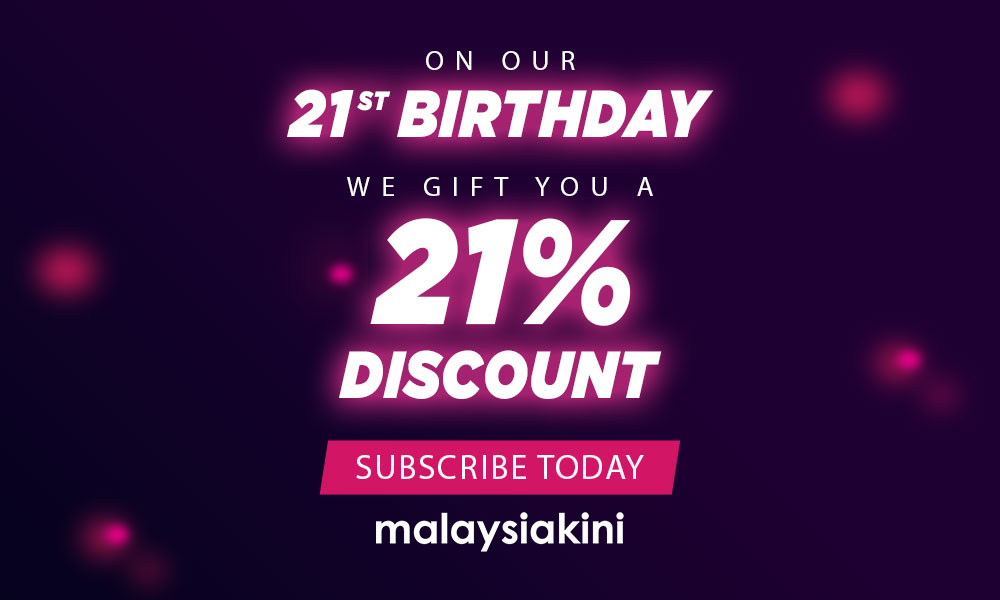 This technology “gold rush” was driven by Netscape, the browser of choice at the time which went for an IPO a few years earlier and resulted in a market value of nearly US $ 3 billion – unheard of by a company founded just months ago front and had yet to make a single penny of profit.

Meanwhile, Google was just out the starting blocks and had Yahoo, the leader in the search engine market, in its sights.

In Malaysia, we were in an unprecedented period of economic and political upheaval. The “tom yum kung” financial crisis – so named because it originated in Thailand – hit the country very hard.

In the wake of the crisis, prime minister Dr Mahathir Mohamad sacked his deputy, Anwar Ibrahim. Reformasi rang out loud as tens of thousands of protesters took to the streets. Sensing more trouble ahead, Mahathir called a snap general election for Nov. 29.

Fresh from Thailand after quitting my job in a Bangkok newspaper, I didn’t even have time to look for a place to stay. Instead, I dived in preparation for the launch of the country’s first online news site and slept at the back of the office – a small cubicle that doubled as a prayer room for our Muslim staff.

Not that there is anything to complain about. Perhaps our position is much better than some Internet startups. Many began their journey in cellars or garages, driven by nothing else but the hope of developing a killer app that would change the world.

Draw in Malaysiakini, our ambitions were a little more modest. We just wanted to change Malaysia.

We soon hired three behind-the-ear wet journalists and a 19-year-old web designer. With a 56k dial-up modem, we uploaded our first stories on November 20 – nomination day for the 10th general election (GE10).

In those days, there was no Facebook, Twitter, WhatsApp, WeChat or Instagram. To let people know we were in business, we relied entirely on word of mouth. As expected, Malaysiakini had a slow start. But our traffic soon grew from 500 visitors to 5,000 and later 50,000.

Mahathir suffered a major setback in GE10. While he was able to retain government, many Malays left Umno to support the new PKR as well as PAS. Ironically, it was rescued by non-Malay voters who apparently had been stunned by the riots in Jakarta the previous May that led to the replacement of Indonesia’s strongest, Suharto.

From those early days, we went on to consider four other general elections under our belt, see a change of government perhaps once in a lifetime and yes, the return of Mahathir.

Unsurprisingly, in countries where truth is constrained by those threatened by the power of the written word (and images), journalism has become not only an onerous endeavor but also a dangerous task.

Malaysia is no exception.

We were declared “traitors” by one prime minister and sued by another. We faced debilitating cyber-attacks, we were repeatedly kicked out of press conferences, saw several of our journalists arrested and our office raided by at least five police work.

Not only do we have to deal with hostile political forces trying to wipe us out, but we also have to face the whims of the Internet economy.
Malaysiakini’s existence is guided by one unrivaled principle – independent media need independent funding. But it is difficult to get people to pay for content online.

Many of our contemporaries were unable to continue. We pressed on, though. It wasn’t easy. There were times when we were convinced that we too had to close a shop. But we were able to persevere because of the support of our growing community of Malaysiakini subscribers.

By the way, one of those companies that folded was Netscape. Despite raising billions in the stock market, it was soon pulled out by Microsoft. How that happened is another story.

So, did we change Malaysia? The jury is still out on that. But Malaysia changed – from the dark days when people had to look over their shoulders when discussing politics to the present day where Malaysians know they are using the power to change the government.

But there’s one thing that didn’t change – Malaysiakini. Our values ​​remain the same as they were 21 years ago – to tell the truth of power and to hold power to account.

We still stand steadfastly on the issues that drove us to establish it
Malaysiakini. These include anti-corruption, good governance, protection of human rights and environmental protection, independence of the judiciary, and freedom of the press.

We are turning 21 today, but our task remains. We thank everyone who was with us on our 21 year journey. And we hope more will hop aboard the ship. To celebrate our 21st anniversary, we are offering all current and new subscribers a 21 percent discount over the next seven days. This special offer ends next Friday, November 27.

Click here to subscribe to
Malaysiakini. Join us today, and together, it will not be the change we want in Malaysia. And maybe, the world.

STEVEN BY is editor-in-chief and co-founder of Malaysiakini.