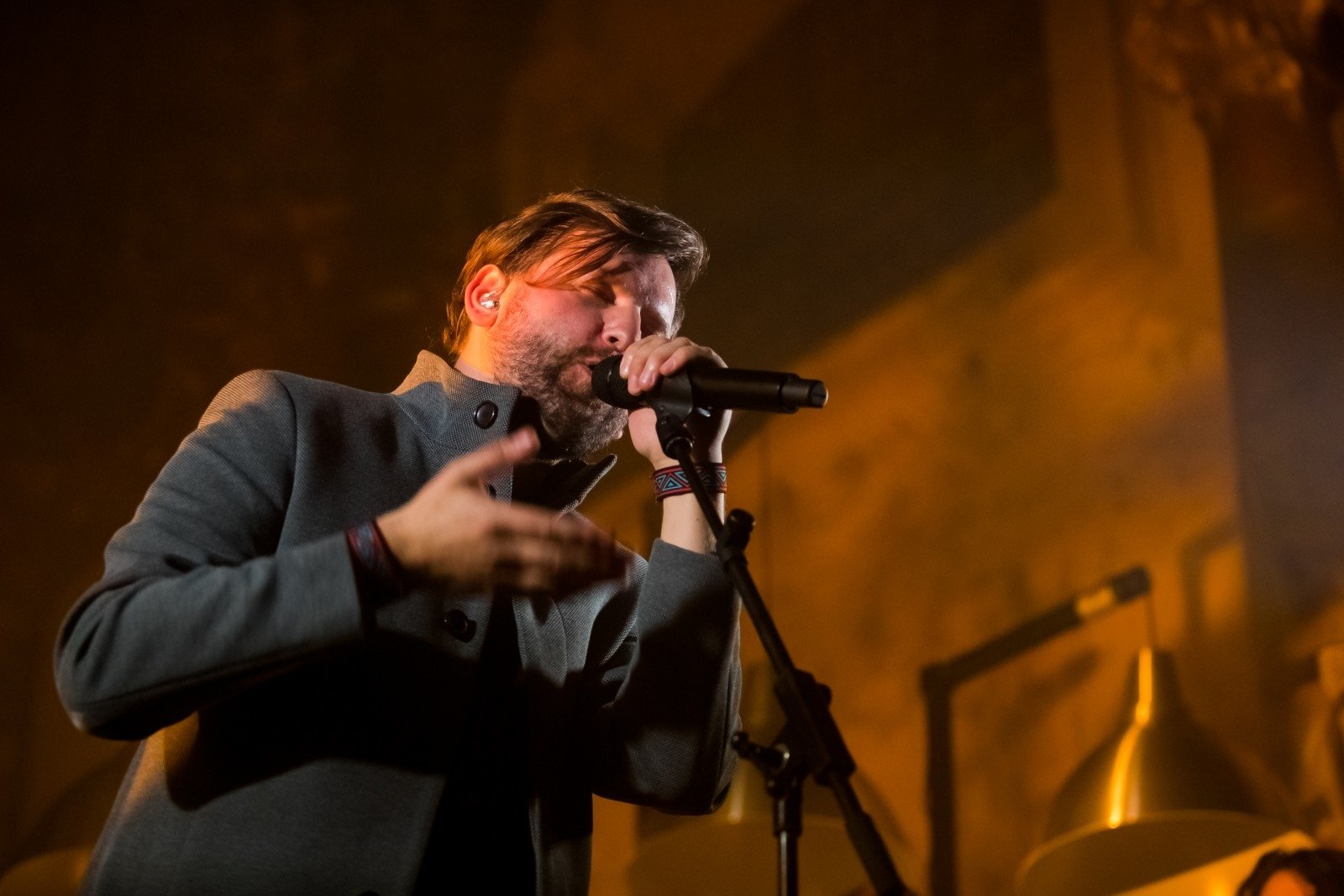 According to one of the main members of the group, Giedrius Širka, "the album is mature and I'm very happy that she has a lot of instruments that we make ourselves. so valid and sure this album is worth the vinyl. "He won the honorary vinyl form. With unique work on the cover of the unique artist Stasys Eidrigevičius, named in Lithuanian, who is winning international awards. Two pieces of art in one.

The band is very proud of co-operation and friendship with a prominent artist: it was possible to buy not only the vinyl, but also a poster with the Stasys work in the concert.

Golden Parazyth, the other pop gen, has set her own challenge this time and is no longer an electronic performer but a live musician. The main members of the scene Giedrius Širka and Aurimas Vilkšičius asked for the reinforcement of six people. Participant wizards have harmonized with the main voices and their supporters expressed – from last year, a number of well-known members of the Duet Tillae Goda Sasnauskaitė (Godo), Rimgailė Raganavičiūtė and Rimantas Žaldokas. Drums were beaten by Alexander Rognoj, a guitar by Marius Meilūnas and the Ernest Germanovič basin. There was no such group in the rank composition.

Obviously, experiments and transformations and performers did not cause a great deal of risk – during the twelve years of their existence, they had attracted a circle of such loyal supporters that they had completed & # 39 ; r Seat full. Catherine Church. And even twice overnight.

The audience performed the concert with great respect, maintaining absolute church silence between songs and short approval, allowing patient musicians to prepare for another song. The order was also being cared for by agency workers "8 days a week", giving loud listeners tightly between songs.

The concert was about high quality music. No show items, stylish clothes, musicians jumping. During the whole performance, the musicians or leader of the ensemble were not illuminated. Most of the light was referred to the audience, creating a homogeneous organism of the group and listeners. In the first place, Giedrius contributed to the atmosphere: he was chatting from the location to be as close as possible to the audience.

The songs of the new album sounded dramatically, sometimes thin and hard. The sad songs of Maestro Giedrius performed so emotionally that they seemed to try to penetrate the emotional depth of the listener and invite them to survive the feelings and mood that the group now lives in. time.

The most important work in the last year is those that are familiar with the program: Supasi Supasi, Prohibited Fruits, There's No Past, The World, The River and Safe. After all, everyone was eating very hot.

You can see the seconds of the show in the photo album.