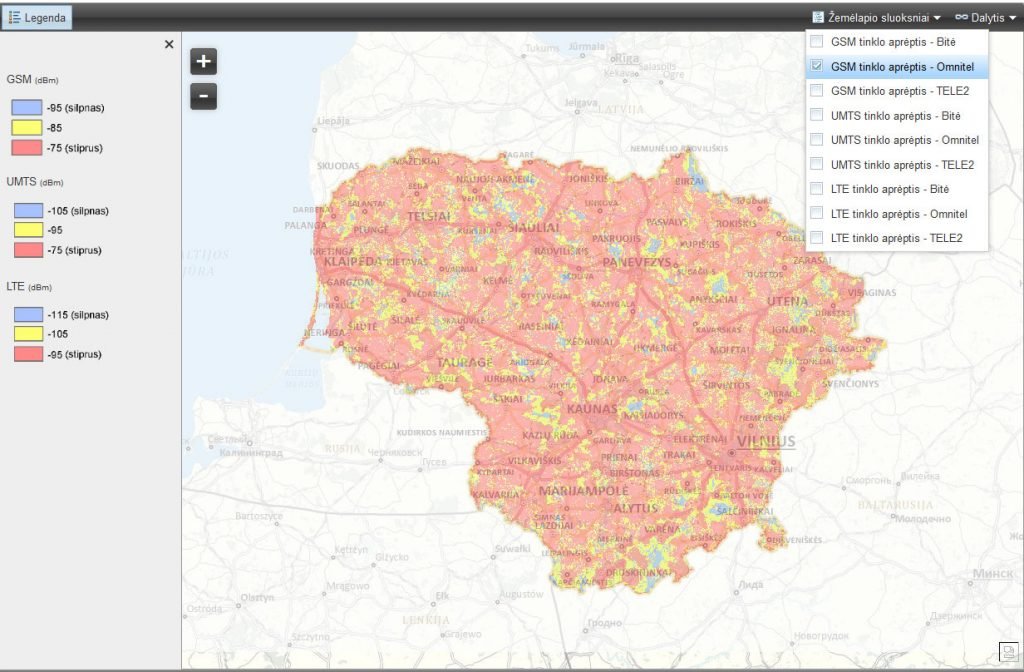 The Communications Regulation Authority of the Republic of Lithuania (RRT) has updated maps of the expected coverage areas for mobile operators of UAB Bitė Lietuva, Omnitel and UTE Tele2 (4G) and UMTS (3G) mobile networks.

Scoping maps allow users to compare and select mobile services according to their quality level. Maps are published on the RRT website http://epaslaugos.rrt.lt/apreptis/.

"Published data shows that the next generation of LTE (4G) mobile communications technology, which provides higher data rates, already covers over 90 percent. Lithuania territories," said Feliksas Dobrovolskis, Director of RRT. Results operators of this kind have made effective use of the available radio frequencies – the 800 MHz radio frequency band is mainly used in rural areas and on the highway. , while 1800 MHz and 2600 MHz radio frequency bands are used mainly in populated areas and cities. It is also encouraging that the number of subscribers who have used LTE services has increased by more than 3 times a year. In the first quarter reached 682.2 thousand. subscribers, ”said Dobrovolski. 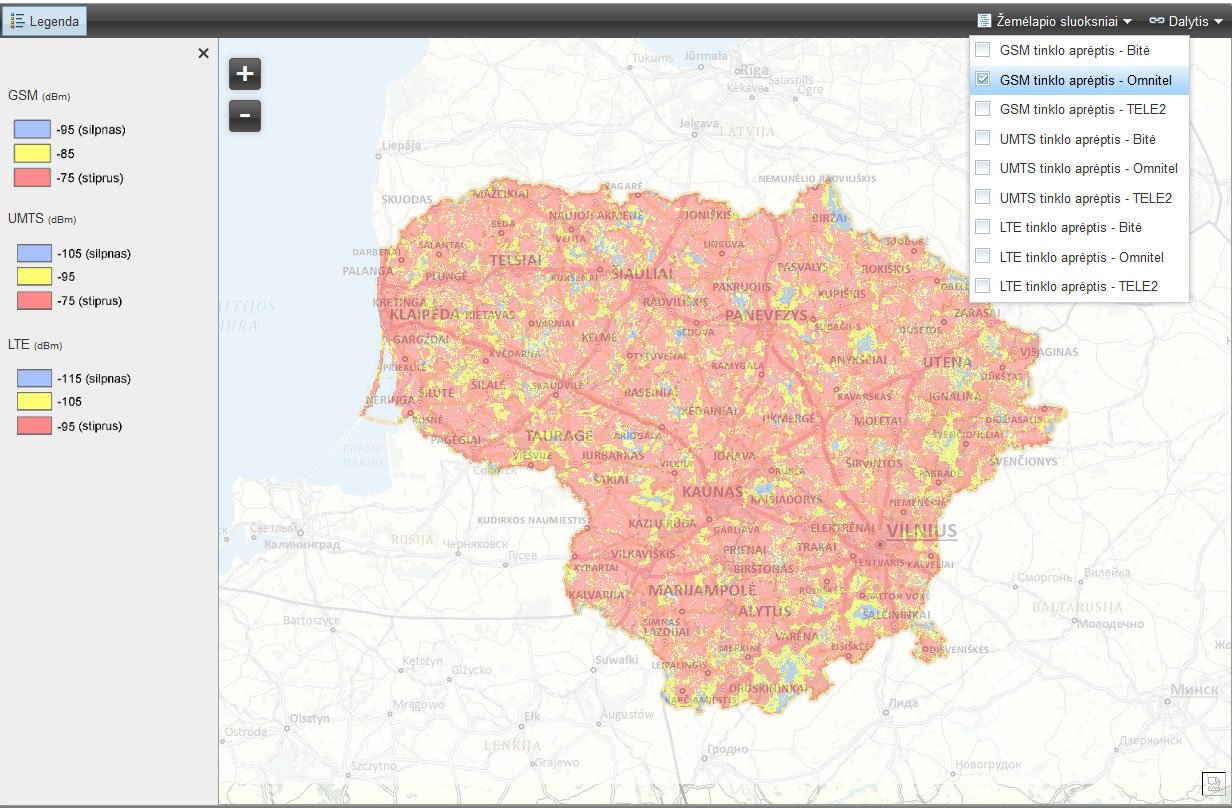 Cover zones are provided according to different levels of electromagnetic signal, starting from the minimum allowing the connection in the open area to the level of communication within the building. The coverage areas of each operator network were calculated using uniform methods, taking into account the impact of land, buildings and forests. The calculations were carried out by operators and submitted by the RRT until 2016. 1 June recorded station data.

Maps are used to compare operators' networks across the entire territory of Lithuania as well as individual municipalities, ie. y. The user can check on the map to find out which mobile signal the service provider has strongly in their area.