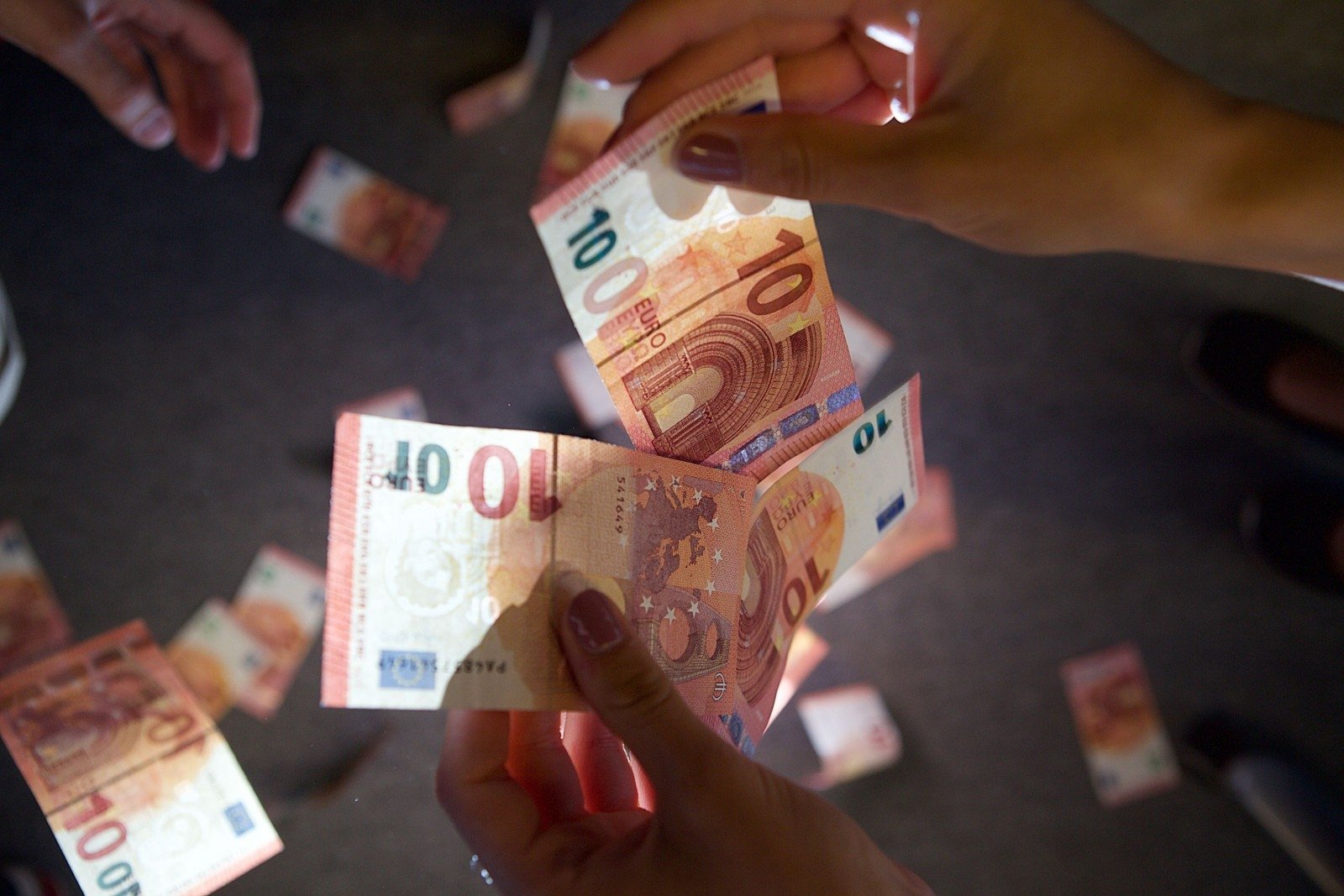 We spoke to Marius Dubnikov, financial analyst, Kotryna Tamoševičienė, Head of Macroeconomic and Forecasting Department of the Bank of Lithuania, and Vaid Navickas, economist, on what led to the rise in wages even during the pandemic.

Financial analyst M. Dubnikov pointed out that wages are growing in almost all areas – in the public and private sectors.

“In the first quarter, in fact, there was a lot of pressure on private sector companies to increase wages as we gained momentum in 2019. Then, when April came, when there were shareholder meetings, the annual talks were going before them, we were facing a pandemic and on the one hand the aspirations disappeared because everyone was a little confused about who would be here and how with the jobs. Employers, on the other hand, were reluctant to raise wages because they did not know the situation. During the third quarter, when the pandemic in Lithuania subsided slightly, the desire of both employers to increase wages increased and employee pressure, which we saw in the first quarter, became even more fierce as half a year passed without wage growth. As a result, corporate salaries actually rose in the second to third quarters. Of course, in those companies that were not affected by the pandemic, ”he said, noting that these are mainly exporting companies abroad and the information technology (IT) sector.

K. Tamoševičienė, an analyst at the Bank of Lithuania, added that some decisions, such as increasing the wages of MMAs or public sector workers, were made even before the pandemic.

“For the third quarter, it was a strong rebound during the quarter. This leads to a slowdown in the second quarter, but overall it can be said to reflect this strong position in almost all sectors, except those where they were very strongly affected and did not improve throughout the year. summer as accommodation and catering activities. This is the brightest, where wage growth is still very slow, ”he said. 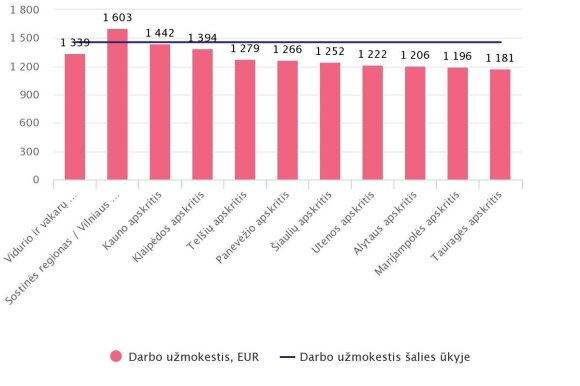 Economist V. Navickas noted that while the number of workers has reduced and the economy is slowing down, wage growth is a good sign because it supports domestic consumption. According to him, public sector wages must increase.

“If we look at the change of the year, then compare 2019. Quarter III with 2020 In the third quarter, wages grew only 3 percent. Accommodation. But compared Q2 and Q3, they jumped 18 percent, meaning in Q2 , when many businesses were closed and downtime, and then opened in July-August, wages bounced back.They didn’t grow up fast watching a full year, but they bounced off quite well and optimistic news, because if those vaccines come next year and we finally guarantee, economic activity and wages might bounce back so fast. (…) Now, as you know, you can borrow This year, the budget deficit will be around nine per cent, so if there is no need to reduce the already low public sector wages, let’s remember that they are rising very slowly from the huge pool of falls them in 2008-2009; size in the economy, ”said V. Navickas.

Mr Dubnikov added that unskilled workers are more likely to lose their jobs, while higher-income firms continue to work. This means that a reduction in the number of employees may partly affect average wage statistics.

“It’s important to understand that it is difficult to predict the future in the third quarter. I think the fourth and first quarters of next year will be those that can show big mouths. It is necessary however, watch, I would say, the annual changes.It will be particularly interesting to see how 2021. will be compared to the first quarter of 2020. In the I quarter, then we will definitely see the real situation .And so far there is a storm, a surge. Data rippling is very natural, “said M. Dubnikov.

In this case, that improvement in wages is certainly being felt, but today the party continues with borrowed money. It is usually not a good idea to go to parties and bars for borrowed money.

According to Sodra, more than 10 percent. growth in the third quarter of this year felt nearly half – 43 percent. employees. According to Dubnikov, there’s no mistake here.

“We live in such a surreal world. The state can borrow and live on a non-income basis. That means we are borrowing record amounts and are still planning to borrow. That means money goes into people’s pockets. In this case, that improvement in wages is certainly being felt, but today the party continues with borrowed money. It is usually not a good idea to go to parties and bars for borrowed money. In the long run at least. One thing this policy has achieved is to keep consumers in a good enough mood. This is reflected in the economy, but what we see later. Loan funds have their price. And one day it can happen, “he assured the financial analyst.

Wages will continue to grow, but at a slower pace

Commenting on the further prospects of wage growth, K. Tamoševičienė, Head of the Macroeconomics and Forecasting Department of the Bank of Lithuania, noted that the pandemic situation had deteriorated significantly compared to the third quarter, and the quarantine will countries affect Lithuania’s exports.

“Certainly we can expect much less positive in the fourth quarter than in the third quarter and it is likely to move into early next year, possibly the first quarter. Also in the case of the public sector, the decisions what was done last year is likely to be less bold this year, and lower public sector pay growth is expected.We anticipate that wage growth will be slower next year than this year. 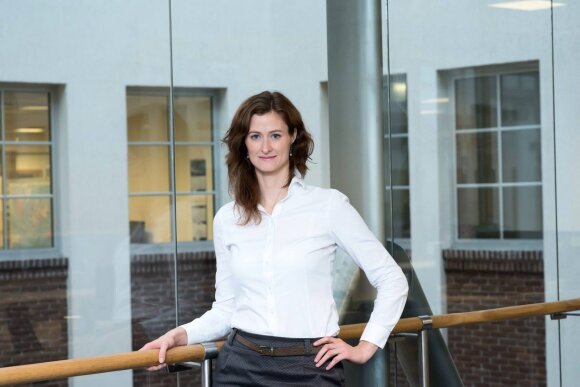 In September, we forecast just over 3 percent. wage growth, but we will publish updated forecasts in December and I think it will adjust upwards nonetheless, seeing some pretty rapid growth this year, despite the pandemic.

Uncertainty remains high until the pandemic is under control, until there is a medical solution, there can actually be a variety of scenarios. However, watching this year, we have a lot of experience with the pandemic and, it can be seen that there are quite significant differences between sectors, so there is likely to still be growth in some sectors. Also, in response to wage growth, it will certainly stay that way. Next year, we are predicting a steady growth between the private and public sectors, ”he said.

K. Tamoševičienė added that there is still competition for qualified workers in some sectors, so the pressure to increase wages will continue.

Public spending needs to be increased, but modestly

According to economist V. Navickas, it is possible to borrow more next year, if needed. As a result, according to him, next year will increase wages and the public sector in priority areas. 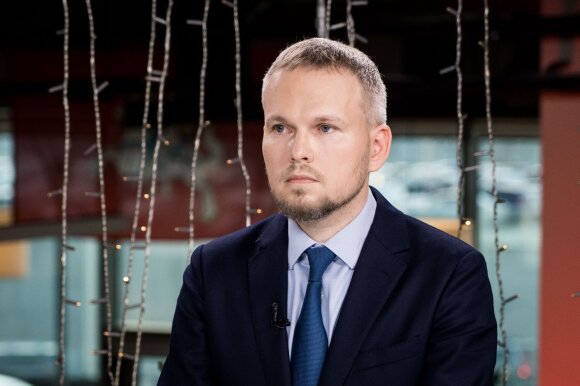 “We will see how big the problem is of whether we control that second wave or whether it will continue to be one of the worst in the world, because the blow to the economy, in other countries, in proportion to the number of people infected, if we do not control the second wave, then things will become more serious, but the state can borrow a lot and it will not be a barrier to raising costs.

The issue here is fiscal policy: we really need to maintain the level of public spending so that we don’t worsen the economic situation. Given the fact that we will have to borrow and spend the money we borrow, the question of who we are spending is not so important in terms of stimulating the economy, whether do you spend it on wages or some sort of pad. I think it’s free to think about raising public sector wages. But I understand that already in 2022. that rule of financial discipline is likely to return, then the budget deficit will not exceed 3%. GDP. The question is what will our trajectory be in returning to those smaller budget deficits, because we don’t really want the situation in 2022. Wages and social costs should be reduced by increasing them too much in 2021, ”said V. Navickas.

Mr Dubnikov noted that the number of coronavirus cases had increased significantly. As he calculates, on October 25th. Lithuania crossed 10 thousand. and there are currently more than 60,000 cases. 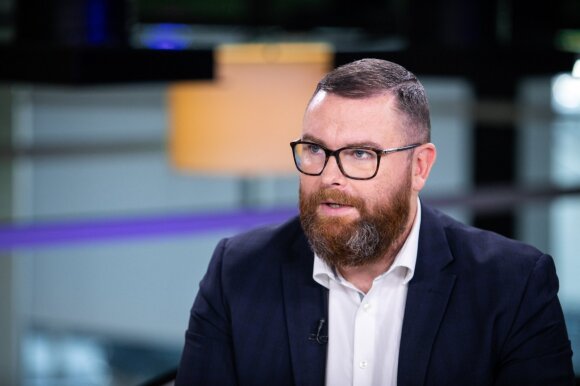 “In one month, the situation has changed six times in terms of morbidity in Lithuania, compared to a few months before. I think predicting twelve months ahead for today is very difficult, or a bit naive, because it is a mask shooting. You should go for scenarios, ”he said, explaining that bankruptcies could affect the first quarter of next year.

As he explains, companies have built up and deferred debt to Sodra, the State Tax Inspectorate (STI), and business partners.

“It’s also starting to pay installments on soft loans.” This could seriously reduce wage growth, at least in the private sector.

Overall, public sector growth is likely to continue as we borrow next year. Bigger problems, if we stay in Covid’s position in 2021, then in 2022 we can get bigger things, “said M. Dubnikov.

According to the financial analyst, it would be unwise to not borrow at this time, public spending needs to be increased, but to do so modestly.

The use of information published by DELFI on other websites, in the media or elsewhere, or to distribute our material in any form without consent is strictly prohibited, and if permission is granted, DELFI needs to be identified as the source.