In the Lithuanian Basketball League – 76 points per quarter 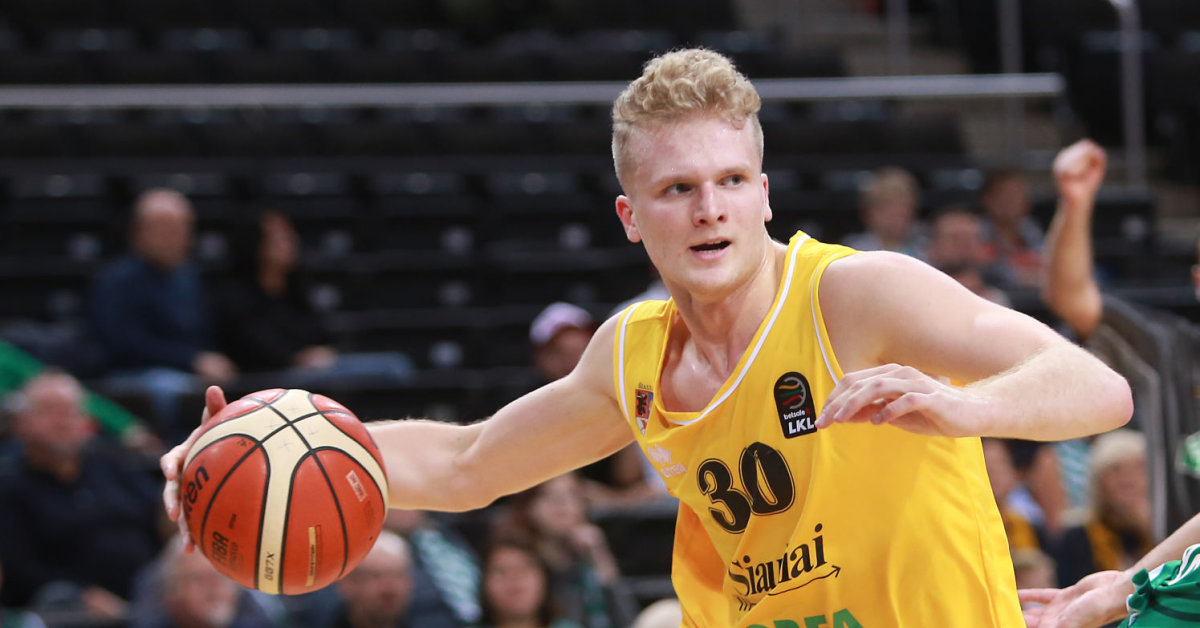 "It was a point race, it was difficult to get players to defend themselves. The focus was only on the abusive," said LSU Ed Nickus coach after the game situation.

Viewers were barely able to watch the strike show – only in the second quarter VDU and LSU teams collected 76 points.

"We did not succeed before this game when we needed to assemble the team players. Of 20 players for different reasons – injuries, illnesses, games in alliances and other trips to the world's 3×3 championship in China, tonight only 8 players who came. We paid attention to what we got, and here we have the result – we had the game. We lost strength, "said university instructor Vytautas Magnus after the game Arūnas Juknevičius.

In the other rounds of the fifth round of the LSKL championship, the sole leader of the Eastern Division was Vilnius University (VU) at home as if needed in a team with the Vilnius Gediminas Technical University team (VGTU). Although at the beginning of the third quarter, VU had varied the difference of 21 points (44:23, 46:25), but at the end of the duel, the success was scarce and the victory was only celebrate 1 point difference – 64:63 (16:10, 25:13, 11:19, 12:21).

"We went through drama with a happy ending. Once again, we became convinced that the race should be centered between the second and the second. This season, our luck is to be the second half of the game, we're relaxing and rarely joining it. It's good to have a solid lead in the first half. That's just that that's saving, "- said instructor VU Rimantas Kaminskas.

In the first three rounds, three consecutive winners of the LSKL victory went to the University of Klaipėda (KU) to skip – they did not take the second consecutive place. This time, Mindaugas Stašys students are in Kaunas 82:86 (17:21, 16:24, 14:22, 35:19) Kaunas College (KK) teams came down.

At the same time, the Klaipėda players tended off and had a 24-point difference – 43:67, but in the fourth quarter, they climbed to the bottom and one threw away – 71:74. The people of Kaunas were a little harassed, but managed to save their victory in their hands.

Klaipėda basketball players were much more wrong than ever, with 20 errors counting, and Kaunas women made 6 mistakes only.

"The main reason for defeating is a bad temper. We let the opponents feel their game and we're tending off. We just eliminated the last quarter we did not cancel. A big difference, but we had already been taken out to win the win. After all, we fought but seven. We need to be less mistaken and like as we did in the fourth quarter, then everything is fine, "said KU coach Mindaugas Stašys.

According to Roland Rakutis, a coach of the Kaunas college, he stressed his players before the game these wins were needed on the air and the players listened to the following words.

"We went to the" deadly "group, in order to repeat the sport last year – to reach the final of the Quartet, we must win as many victories as possible. Alternatively, we can wait behind playoffs. ; I'm glad that my opponents fight well and give up all the strength. Only the people of Klaipėda who deserve to respect the sacrifice at the end of the game, " says KK, strategist.

By the second half of the second half, the battle was a point to the point – 23:22, but soon KTU made a stunning shot and struck a solid lead – 49:29. After this cold shower, the inhabitants of Klaipėda were no longer able to rest.

VDU-ŠA remains without any victory

The VMU-ŠA rescue team tried 21 points won by Rimantas Daunys and after 18 points, Justas Šukelis and Gediminas Povilauskas were collected (8/12 back, 2/4 fines, 23 points).

There are 23 repetitions a new record for this season's league. So far, VimpelCom player, Rimantas Daunys, has been registering 20 rebound balls a week ago.