By using a gas cylinder in the flat you break conditions: you will have to search for the same to replace it. 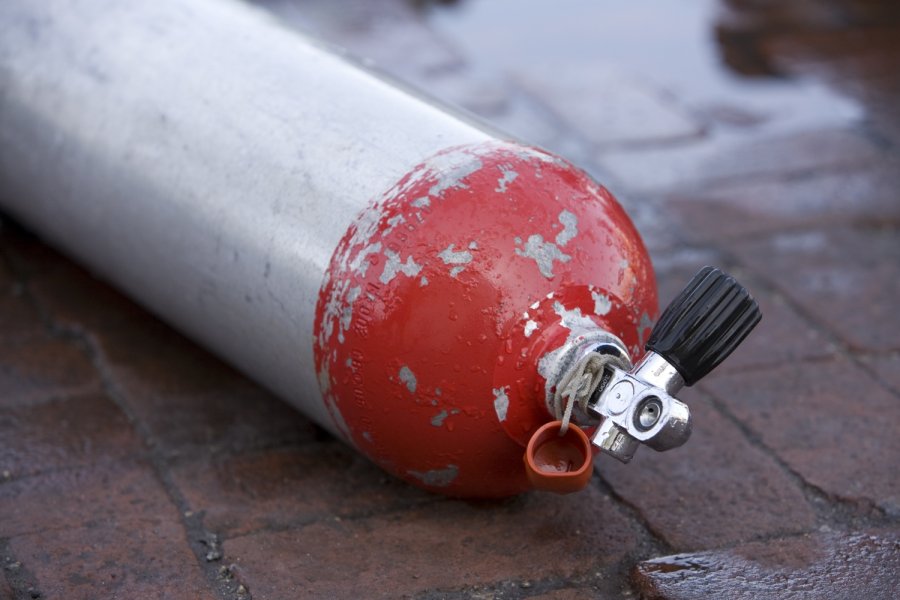 "Only warnings, but not fines, used by the State Energy Inspectorate in carrying out inspections on the installation of liquefied petroleum gas cylinders for the installation of gas appliances in multi-flat buildings," the Ministry responds to The DELFI portal portal.

Residents of individual houses using gas cylinders should remain silent in this respect.

“In individual homes, LPG cylinders are used in accordance with the existing legal regulation, which is permitted in individual homes, and their residents have many choices of energy to use. In individual homes, there are significantly lower risks for the operation of the cylinders – in terms of fire, it is easier to remove the hazard (gas cylinder), as well as the number of residents in the single house much less , "Comments of the Ministry of Energy.

Make a cross because there are no other options

Energy Inspectorate of the State along with municipal administrations and apartment building managers in August – October. carry out inspection in multi-apartment buildings in Raseiniai, Vilnius, Šalčininkai, Kaunas, Varėna and Tauragė areas. It was found that as much as 74 per cent. flats have been checked (5183 out of 7040) breaking the legal requirements because they use gas cylinders.

“From the moment of disconnection, the devices were unattended, dismantled in some places, causing serious doubts that could be upgraded to further action. According to the Council's assessment, there is a need for disproportionate investment for the refurbishment and operation of liquid petroleum reservoir (LPG) facilities, ”he said.

It is true, in many cases, that residents have no choice – they are forced to break the rules and use gas cylinders as alternatives are not possible.

“Residents whose apartment buildings have been disconnected from LPG tankers. In this case, LPG fund installations, LPG distribution pipelines, construction gas pipelines are dismantled, neglected, serviced and unused. Also, these houses do not have enough power to supply electricity, so it is not possible to set up electric cookers. In the absence of an alternative, residents must use LPG balloons.

Residents who have been assured of a common LPG central supply system with a central LPG supply have been secured. According to the population, the permanent part of the LPG price applied by economic entities supplying LPG centrally encouraged disconnection.
(3–5 Euros), regardless of their use of LPG.

Residents' buildings have been rebuilt (having been rebuilt) with separate apartments having been formed after their reconstruction, having been equipped with kitchens using LPG cookers of cylinders (dormitories, part rooms). o old industrial buildings converted into flats), – most commonly used gas cylinders.

When he is asked by the ministry and is part of the population that has no choice and is forced to break the rules, the answer is that the apartment blocks t due to the above LPG pipelines or lack of electricity supply.

The Ministry of Energy has offered three ways of getting to grips with the problem: connecting multi-flat houses with a natural gas distribution network or installing small-scale liquefied gas (LNG) remake facilities t and the conversion of domestic LPG systems into natural gas systems; increase the power of multi-flat buildings permitted and reorganize the electricity distribution network so that electricity can be used for cooking; LPG central supply upgrades to those multi-dwelling homes currently supplied centrally by LPG from LPG tanks.

At the same time, it is anticipated that if malicious avoidance of refusing to use gas cylinders is avoided, not only inspections but also administrative measures could be implemented.

Waiting for a collective check

The draft law also states that, as this issue is socially sensitive, it should be dealt with locally, within the competence of each borough. Therefore, the Ministry of Energy is preparing and introducing an action plan for the use of gas cylinders in apartment buildings. By 2022, it is expected that unsafe gas cylinders for food preparation would be completely abandoned.

According to the action plan, by July this year the Ministry of Energy will be looking for measures to solve the problem by speaking to various societies, municipalities and energy companies.

Until October 31 It is proposed to inspect apartment buildings located in each municipal territory, and then analyze all the information collected about the use of gas cylinders by the end of December.

“No warnings or fines will apply during this period. The plan envisages that inspections of multi-flat buildings will be carried out to determine exactly whether their residents use LPG cylinders, as in the case of flats set. power to make decisions. In principle, it will be a transitional period. In assessing the current situation, we analyze the situation that individual decisions on the renewal of gas cylinders with other forms of energy can be made at a later stage, ”the Ministry of Energy informs.

By 2020 31 March It is intended to take firm decisions on how to solve this problem and by 2022. 31 November to implement these decisions.

Responsibility for co-ordinating the implementation of the Action Plan will be managed from 2019 onwards. July 1 the Council for Energy Regulation of the State is active. Organizations and other interested parties are invited to submit comments and proposals by 5 June.