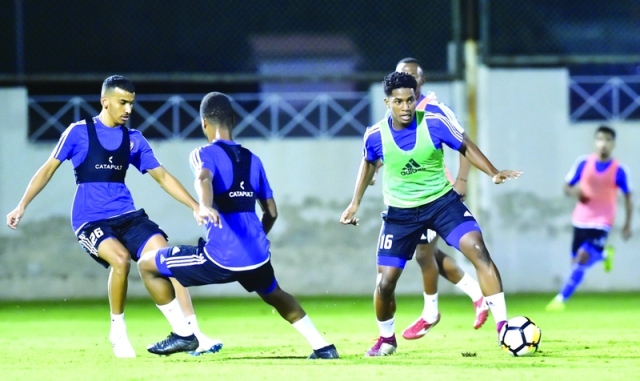 Will start this evening at the Dhiyab Awanah Stadium in Dubai, the international footprint tournament organized by the Football Federation, in association with IAST Sports, with the participation of our Olympic team and Kuwait teams, Uzbekistan and Japan.

As part of preparing our Olympic team to take part in the Asian Tokyo Olympics qualifiers «Tokyo 2020», and meet in the fourth quarter of this afternoon, our Olympic team with Kuwait, and the second game of the Bulgarian and Japanese teams at 6:30 pm Our preparatory team finished for a training session at the Tiab Aouana Stadium, under the direction of the coach Massig Scorza.

Our coach, Bojmal Bouhandi, stressed that the tournament was very important to the team's technical staff, who tried to test most of the elements that have been added to the team to find & # 39; w level and technical and physical suitability through the three games that will be played by the team in the championship.

Bohndi praised the new elements of the Olympic team, especially those present with the youth team in the last Asian Cup in Jakarta, stating that their presence was a strong addition to the team, and compensation for some absences for different reasons, including injuries, and the presence of some of the main players in the first team list, as goalkeeper Mohammed Al Shamsi and assault Zayed Al Ameri and others.

The technical meeting of the yesterday morning championship was held at the Federation headquarters in Dubai, in the presence of the Football Association and organizing officers, and Murtaf Al Shamsi, the team's supervisor.