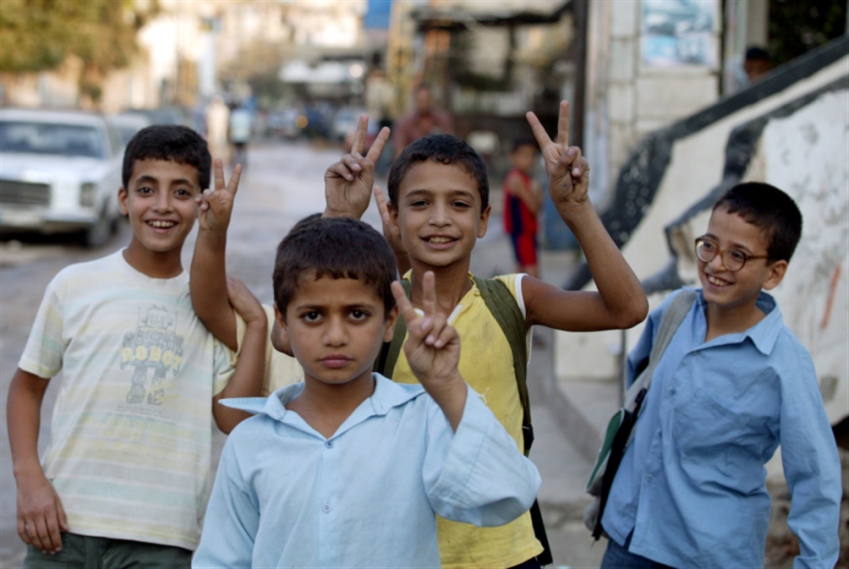 The scene was not consistent yesterday morning between Ein el-Hilweh and its entrances. On the streets of the camp, his family of Palestinian refugees celebrated Israel's aggression on Gaza and the exchange of Baklava and raising the voices of revolutionary songs. In the verification period of the Lebanese army at the Heisba entrance, long queues of cars and rows of people passing by camping and entering camp waiting for their inspection and checking their identity and the objects they carry. For the first time, the inspection reached the limit of forceing men and young men to draw their clothes and their shoes in a side room and be found by soldiers. Although women's women are looking for women's bodies in a side room correctly. The new method A Palestinian taxi driver had lost his temper in front of the soldiers, refusing to issue a woman accompanying him to the inspection. The only thing that could be done was to fight with one of the soldiers before going to the sky in protest. His fate was to stop.

Therefore, with no warning, the strict procedures set by the army were renewed on the entrances to the camp. Why? Libanus's military source told Al-Akhbar that the measures "based on security information set out the intention that people wanted to leave Ein el-Hilweh." But another source said the reason was "changing the elements after the Hesbah and the government hospital. Where the force used at the entrance to the main hospital in the hospital was used to put in place severe procedures. I have moved its habits with her to Hesba! "
The reasons for the army did not convince Palestinian chariots and forces in Ain al-Hilweh, whose leaders call for an emergency meeting in the light mosque. Declaration issued by the Palestinian political leadership of the national and Islamic forces in the Sidon region «following the harmful actions of our people», calls on the official institutions to «tackle the procedures and apply security and stability away from faulty ». After the meeting, representatives of the prisoners watched a protest protest in front of the Al-Hesba check-in point to the campsite. They stopped the general strike in the camp later.

Protest factors and forces yesterday, threatened by a strike

The camps of Ain al-Hilweh, al-Miyah and Miyah saw protests in July following the installation of the army of electronic inspection gates on the entrances to the camps, following the al-Hilweh binge with a concrete wall. After repetitive reviews by Palestinian leaders, the army removed the gates, and said they were intended to "control the movement of the desired men and camps." The tough measures taken yesterday included the Miyya and Mieh camp, which saw a violent conflict over weeks between Ansar Allah and Fatah. The Army, who has transferred the Palestinian National Security Forces check point on its main entrance, has carried out routine procedures that have not been modified since its use in mid-October.