Medical unions: We call on the Health Minister to fulfill his promise to us 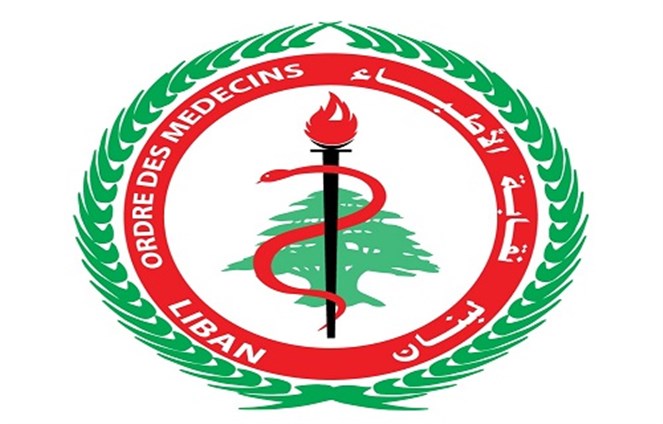 The Doctors Syndicates in Beirut and Tripoli announced in a statement, “At a time when Lebanon as a whole is involved in implementing the roadmap developed by His Excellency the Minister of Public Health, Dr. Hamad Hassan, based on the medical body’s recommendations, aimed at curbing the spread of the Corona epidemic, and at a time when doctors are introducing martyrs after martyrs. This fight protects the health security of Lebanese society, which needs unity, not division, especially between the components of the health sector. At this time, the Head of the Lebanese Pharmacists Syndicate is reading a statement containing many accusations against doctors and failures targeting the achievements of Lebanese doctors in the field of vaccination and immunization against communicable diseases. In this regard, we would like to emphasize the following:

1. Lebanon was ranked among the most vaccinated and immunized countries for children (from 85 to 95%) and paediatricians have an active role in this matter, whether in their private clinics, where it received 50% Lebanese children in vaccinations or in public clinics and health centers, which contributed to the development of Lebanon is among the highest degrees of health systems.

2. Doctors have always been and still are messengers in their profession who are above materialism in dealing with their patients. There are many examples in every city and village in Lebanon, as well as during every national campaign for vaccination, and the material allowance they receive in their clinics is a right allowed by Lebanon law on them at a minimum set tariff. The union of the cap is subject to the understanding between doctor and patient.

3. What doctors receive is the price of the vaccine, in addition to the exam allowance, set by the Syndicate as a minimum, according to Lebanese law.

4. It is accepted in science and studies that sales figures of companies importing a vaccine do not reflect the size of the human population that received the vaccine (which fell below 47%), but rather the movement of these vaccines from one warehouse to another only.

5. The vaccines were always kept in doctors’ clinics within the international standards for vaccine preservation, as recommended by the World Health Organization.

6. His Excellency the Captain knows that the decision of His Excellency Dr. Hamad Hassan about vaccines exploited by some of the wealthy and medicinal chemists who have intentionally vaccinated, cut up, sold on the black market, given spoiled or outdated vaccines, and imitated them, especially the flu vaccine sold In some pharmacies, at unreasonable prices, that contradicts the Health Minister’s plan to provide the vaccine to the largest number of citizens within the legal frameworks, and the foreign currency available in the state treasury is scarce.

7. We are sorry to say that His Excellency the President of the Pharmacy Syndicate’s attack on the doctors is not guilty, especially after His Excellency the Minister promised to correct some of the gaps in implementing his recent decision on vaccinations. Instead, it wants this attack and debate to direct attention and efforts not toward improving public health decisions but toward non-leading debates. Except more crises that benefit health traffickers and drug monopolists.

8. Finally, we would like to emphasize that the health of the citizen is the foundation. That is why we are calling on His Excellency the Minister for Public Health to implement what we promised during our meeting with him concerning modifying the route for vaccines to reach doctors, who are the only ones entitled to assess human health and deciding who should get the vaccine or not and taking action. Vaccination medical work. “