Heirs of the Rahbani brothers in a meaningless war 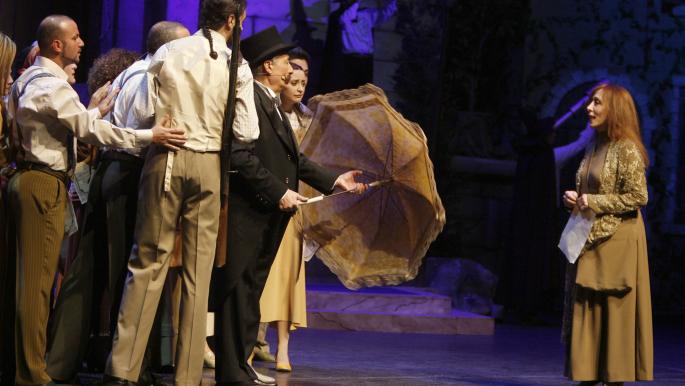 This is the first time that the sons of the late Mansour Al-Rahbani have left silence and issued a legal statement explaining the reasons for the disagreement with their cousin, Rima Asi Rahbani.

Rima Rahbani began, years ago, to wage war against the sons of her late cousin Mansour Rahbani, and chose the media as a weapon, after she, according to her statements, made reference to the split between Assi and Mansour, represented by the big name “the Rahbani brothers.”

Rima has repeatedly stated that her cousins’ goal is to marginalize her mother, the artist, Fairouz, as if she were not a partner in this success that Assi and Mansour achieved, hence the attempt to cancel or absent her father, Asi Rahbani, after the Lebanese Ministry of Education included Rahbana within the educational curriculum, for their uniqueness in the arts and music.

In previous years, Rima Rahbani did not withdraw from reporting to the media, responses, some of which were violent. Finally, it has taken place on social media, to further increase. The day before yesterday, Mansour’s sons Al-Rahbani, Ghadi, Marwan and Osama, came out with a statement signed by lawyer Walid Hanna, explaining what they described as the war that Rima Rahbani was fighting against on the media and social media, with an “offensive encouragement method, which does not communicate with relationships or anyone Far away from the nobility, beauty and transparency of the late great and her father, Assi Rahbani, who claims her allegory . “

It is, according to the statement, a kind of portrayal of Rima Rahbani to public opinion that Osama Rahbani had conspired specifically against Asi and Fairouz. To conclude the statement: “We draw attention to the fact that this pointless war and the ruthless accusations it contains, especially in publishing epithets and insults against the clients and the ruthless accusations against the late great Mansour Al- Rahbani, and the attempt to strike the phenomenon of the Rahbani brothers, prevented the clients from remaining loyal in defense of this legacy. Big world in the face of all who work to distort it and demolish the biography of the perpetrators, and we mean (the two Rahbani brothers) without separation, because this was their will and this was their true after that they decided to deny themselves and join together under the banner of the Rahbani brothers, and the representatives will continue to defend what the brothers have achieved towards anyone. And facing the war of hatred against them. “

So the detailed statement ended, and it obviously didn’t come out of the response literature, but it seemed closer to the monolingual language, aided by the law, to remind some of the practices and clauses of commitments and partnerships for exploitation or using songs or works of art whose rights belong to the heirs, as is the case for the children of the deceased Asi and Mansour Rahbani. .

This comes just days after a lengthy talk in which Rima Rahbani told a Lebanese newspaper about an attempt by Mansour’s heirs to cancel Fairuz, and to deal with her as a mere performer who only fulfilled orders and did not contribute to the success of a “kingdom” Rahbani, pointing out that anyone Fayrouz’s place could have gotten to where it is at the time. This, according to Rima, is the root of the problem with her late cousin Mansour Rahbani’s cousins.