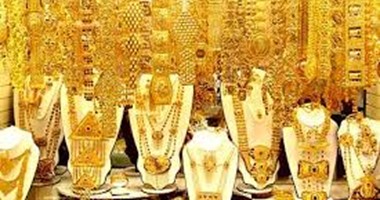 Gold prices settled today, Sunday, December 6, 2020 at 799 lbs per gram of 21 carats, the best selling in Egypt, with gold sales in Egypt stopping today, in conjunction with the weekly goldsmith market holiday.

The 18 caliber recorded 685 lbs per gram

The rules governing the price of gold are unmanageable, and the movement of the gold price index, whether in Egypt or abroad, cannot be known, and here is often the appearance of surprise, and during last November, gold in Egypt dropped nearly 60 lbs, and suddenly and without introductions, the climb began again..

Several surprises may appear in the gold market this December, in light of expectations of the global volatility of the yellow metal price, as gold is set to return to the leak scenario again at the end of the month this, in line with expectations, is in conjunction with the distribution of the Corona vaccine nationwide.

In November last year, gold recorded a significant decline since Nov. 9, in response to the pharmaceutical companies’ announcement that a vaccine for the Corona vaccine had been reached, which gave investors a signal that a forecast was available, and indeed gold retreated to levels reached $ 1770 in relation to the price of an ounce, and in Egypt it fell to 775 Pounds per gram of 21 caliber.

Since the beginning of this month, gold took a rising path, and rose in the first 4 days of this month, but began to decline on the fifth day, which makes gold’s fate mysterious this month.