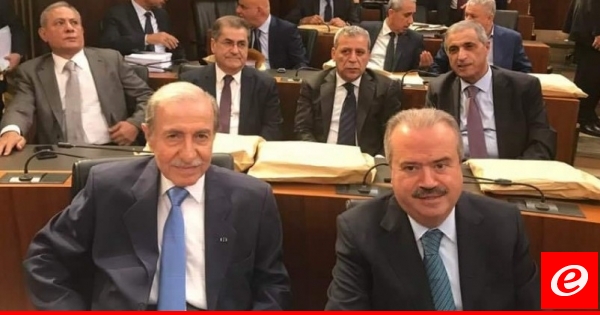 Hebron: Go before tomorrow to make government and earn time with productive work

"We do not live in the state of state that is not a state, a state without government with all the political, social, financial and financial risks, but we do not see government in the near term.

State state that is not a state, where the judiciary has political. "

In a speech at the beginning of the House of Representatives legislative session, Hebron went to the deputies saying: "Listen to the President of the Disciplinary Board of Judge Marwan Abboud, literally:" Falata Administration, and we need a crisis to combat corruption as well as the Judge Fatima Awaidat crew The head of the civil service council says why you are waiting for this advice and do not respect their decisions. "He added:" The state of a state that is not a state, where we live without electricity, the state that is not a state, where we live without clean water, the we are sure to drink it, the state that is not state. In the pocket, this is what has not been seen, the state that is not a state, as the public debt has reached its $ 85 billion limit and we are still looking for other loans, and Today, today, it offers projects and offers worth a total of $ 1,256 to approve. This will add to the public debt. , Although what is acceptable is 60%, the state of the state, as we leave people and non-similar migration citizens, 283,000 applications for immigration to one country, Austria, a state that is not they are a state, as the proposal to act the caretaker government is an indirect recognition of the unlikely to apply The constitution, and thus the collapse of the united Lebanese state, that is, recognize the collapse of the national partnership In one central state , here is the most serious danger. That is the piece of the iceberg.

The decision: Go before tomorrow to create government and earn time with productive work. "