Books are looking for museums in the Arab world 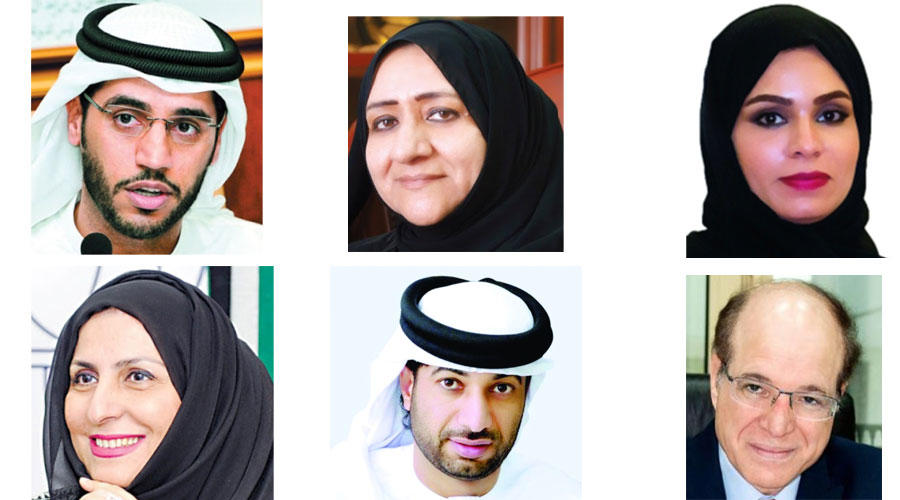 Museums, in their various forms, are a memory of peoples and a link between the past and the present, and there are many factors that highlight their importance and the necessity to establish them; Among them, for example, is that it contains a great deal of information and data that serves different domains of life, and is also a trusted main reference for various research and studies, and at a time when we find various forms of it; Such as art museums, natural history museums, rare collections museums and many others; However, there is clearly no book museum in the Arab world, which calls into question the reasons that prevent the establishment of this kind of museums, especially if we imagine those thousands of rare editions of books that are the subject of trade and individual acquisition culture.

The views of many Emirati and Arab writers and intellectuals differed in this opinion poll as to the reasons hindering the establishment of such museums in the Arab countries.

The lack of museums for books is due to the fact that the idea is currently amorphous in the Arab world, which only sees museums in tangible heritage, especially things of great material value. In terms of books and their like, there is little interest in them. It is true that there are some writers or collectors who are interested in this aspect, but this is not considered a museum as much as it is a collection of collections collected by interested parties; Because these holdings are best distributed, and holdings are of historical, geographical or other importance, they must be properly deposited and presented to future generations, and among the valuables that should be cared for as museum pieces also Songs and videos from movies, series, plays, etc., all these works need to be archived first; Because we also have a weakness in archiving, and then we can put the distinctive or pivotal works that were an important turning point in the history of our countries or the history of humanity.

The pulse of Life

Author and researcher Khaled Issa stresses that books are far more important than being formalities or artistic masterpieces placed on the shelves for remote viewing, as are paintings we read them remotely and give us a general overview of their subject matter, and the same applies to artistic forms and the effects of people and others. that; As for books, their covers, formats and titles; It will not show what is in its stomachs, nor will it give us any idea of ​​its contents, so I think the work is supposed to focus first on establishing archive centers that serve as places that can be used for research, and will also be an effective and living historical library for the benefit of all, and here it is worth noting the need for In order for these centers to be modern and adopt the electronic copying method, and open to the world, this would be more beneficial than setting up a museum.

This library, which I call “humanity”, will be vibrant, in which another part could serve as a hub for researchers, writers, writers and creators, and provide them with book mums that serve their fields, research and studies; With the emphasis on the need to open up to the cultures of other peoples, and read the other so that we can share in humanity above all else; So that we can present and water the information at the same time.

An academic critic who d. Maryam Al-Hashemi spoke in this context by presenting a historical overview of museums, and says that the Romans used the word museum to express the space devoted to philosophical discussions, and museums developed since the mid-ninth century to have cultural value and knowledge over time, as they are the mirror of peoples and societies in their various artistic and scientific forms, as they are a mirror. Historical, geographical, children’s museums, book museums, etc. Museums are closely associated with society; In addition to its association with scientific and cultural institutions, and when the issue of book museums is raised, the question arises as to the absence of book museums in the Arab world; I feel upset that “Juma Al Majid’s Center for Culture and Heritage in Dubai” was not given its right to present the educated and interested public; Not only in the UAE, but also in the Arab world. Because it is a center aimed at all Arabs, it has an interest in Arab and human heritage.

If the word “museum” means preserving, documenting, displaying, preserving the human and artistic heritage and disseminating information, then “Juma Al Majid’s Center for Culture and Heritage” has become more comprehensive and useful than recognized museums, and goes beyond what was established for the museum to a center that allows, exhibits, holds, collects, and acquires manuscripts and historical documents. Old and rare political periodicals; Instead, documents from multilingual archives, as well as digital photographs, film and paper, and international manuscripts; In addition to the rare books acquired by heirs of scholars in the east and west.

Establishing a museum for books is a noble idea and an important national project, according to author and novelist Fathia al-Nimr, who believes there is no barrier to its implementation and translation on the ground if The idea is explained to officials who are happy to be interested in such work, and we have a large number of writers, poets, storytellers and researchers in the Emirates who did literary works and left rich ancient monuments. we would like to see and study them, and such monuments are considered antiques and collections worthy of preservation and celebration, and such projects may exist in the first place, but under other names, and I hope they receive the necessary attention that suits them in a country like the Emirates, and in light of the existence of a Leadership that pays great attention to culture and books.

In Azerbaijan, I heard of a museum of this kind, and wanted to visit it without any time, and I remember the tour guide told us that this museum contains very old books that date back to centuries ago, and they tell the story of the country and its connection to Arab culture, and I sincerely hope that there is such beauty and value in our country. To be a legacy for future generations.

Author and novelist Asma Al-Zarouni points out that the book is the companion we are not tired of, and the smell of paper takes us between letters and words, feelings, thoughts and summary thoughts of thinkers , authors and others, and it is strange that book museums are absent from our Arab world and we are the ones who started writing, and I only heard about the Book Museum. In a beautiful city, Baku, in the heart of Azerbaijan, book lovers flock to all sides, but there is no doubt that we are interested in books and their publishing, as well as publishing and housing associations, and in Sharjah in particular. very much interested by His Highness Sheikh Dr. Sultan bin Muhammad Al Qasimi, Supreme Council Member and Ruler of Sharjah, in museums; Museums that embrace our Gulf and Arab heritage and nature can now be found throughout the Sharjah Emirate, but book museums are absent from us, which is important to everyone.

Raising this topic made me think back to my school days, and prompted me to ask: Where did all these books go? I lost elementary school books; I wished we had a museum of books, and that those books were at its heart.

Iraqi author and novelist Nasser says we must admit we don’t know much about the term “book museums.” This is because our entire Arab world does not own a single museum for books, which is as unfortunate as it is confusing, and most likely there are three main reasons why no Arab country has set up a book museum, and they are: First: the decline in the reading rate in general, and secondly: the high The rate of illiteracy is alarming in our Arab world; Third: High price spread generally in most Arab countries. What the majority failed to provide the basic necessities of life like food, housing, etc., and of course this was reflected in the decline in book sales and the attention to it, regardless of form.

I well remember visiting the Book Museum there on my visit to the Azerbaijani capital Baku four years ago, and I was happy with what I saw; Where I saw the great books and they were written in very small books, for example I saw the sacred books of heaven in less than the size of a hand palm, and I was amazed by Tolstoy’s marvelous war and peace copied in a book of no more than 5 x 7 centimeters, and so this amazing museum contained hundreds. Famous books throughout history.