Acceptance at Libanus Embassy in the Vatican on independence occasion 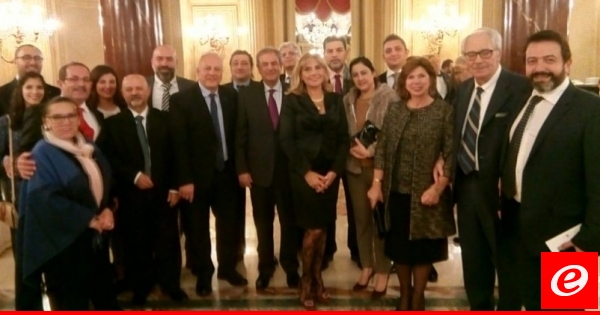 Lebanon's Ambassador to the Vatican, Farid Al-Khazen, stated that "I believe Lebanon has many lovers and that Lebanon has distinctive historical connections to the world, especially with Sanctification, in the sense that we can not measure them according to standards, relations and situational interests. "

He noted during the reception held by the Libanus Embassy in the Vatican, on the occasion of Independence Day, that "confirmation by the President of the Republic, officials of the Pope Francis and the Vatican, need to strengthen links and develop and give him more momentum , this atmosphere reflects that "He said.

Bishara Boutros Al-Ra, Cardinal Mari, the Patriarch, Cardinal Mar attended a number of bishops with him in Rome to visit the holy shrubs, as well as the head of the Sister Sie Oriental Churches, Monsignor Sandri, heads of Orders of the East and Western, a large number of Arab and foreign ambassadors and representatives of the Italian state.