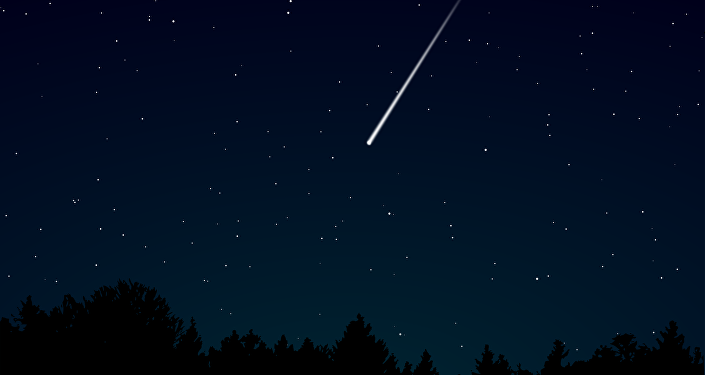 Tomorrow, Thursday, most Arab countries will experience the summit of the north’s revolutionary meteor shower.

A report from the Astronomical Society in Jeddah revealed that Al-Thawriyat meteors from small showers produced at maximum 5 to 10 meteors per hour.

“Meteor showers are active annually as the globe passes through the remnants scattered along comet orbits and asteroids, as gravel-sized fragments hit the top of the atmosphere and burn at altitudes of about 70 to 100 km and appear to us in the form of meteors, “the association added.

He explained, “by determining the speed and direction of these meteorites when they penetrate the Earth, they can determine their path through the solar system and know the body responsible for their production, and in the case of the revolutionary meteorites of the north, their source is asteroid 2004 (TG10). “

The association pointed out that “in order to try to spot the meteors of the northern revolutionaries, the observation must be from a dark location away from the city lights just after midnight on Wednesday, as this will be its starting point in front of a group of Taurus stars towards the southeast horizon, but meteors can appear from anywhere in the dome of the sky. ” “.

Witness the sky #Arab Region In the hours before sunrise on Thursday, November 12, 2020, the peak of North Al-Thawryat’s meteor shower sweeps about 5 to 10 meteors per hour from a dark location away from city lights toward the southeastern horizon . pic.twitter.com/39xCdHc8cv

Kuwaiti News Agency quoted “KUNA” astronomer Adel Al-Saadoun as saying, “Actually, meteors in the northern constellation of Taurus begin to enter the atmosphere between October 20 and December 10, but the highest number of meteors per hour on November 11 and their number is estimated. ” Five meteors per hour. “

He pointed out that he is called “a meteor from the right of the revolutionaries because it can be seen emanating from the Taurus constellation, which is very small dust and rocks remaining from a comet (Encke 2P / Encke) which approaches the sun every 3.3 years once and travels and leaves behind its orbital dust, rocks and water vapor. And other gases. “