With electric “Porsche Taycan” around Latvia 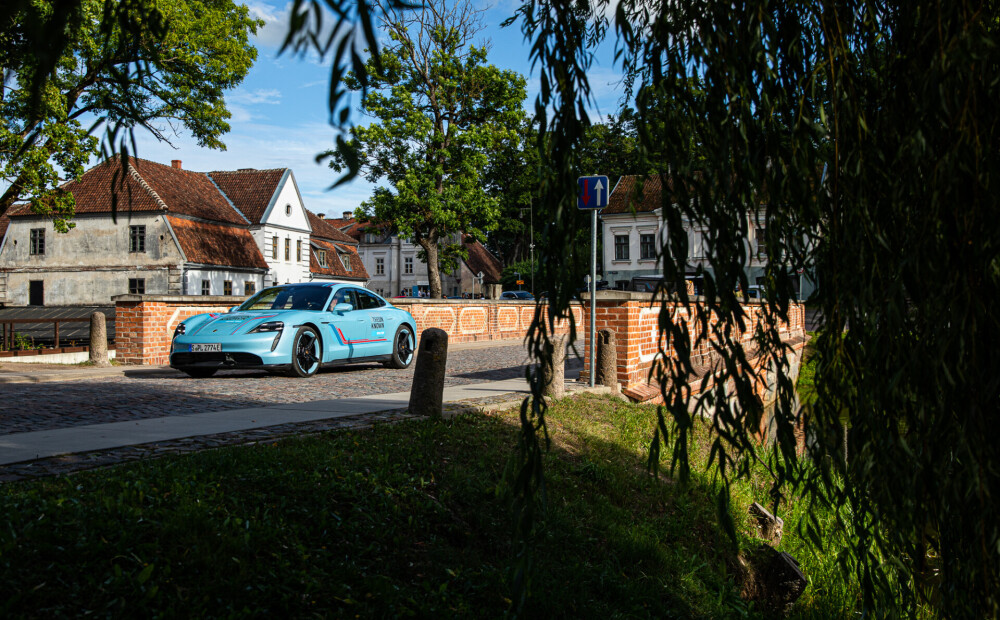 A European expedition is not just a pointless journey to test the power of an electric car; during it, a film is made about what travelers have seen and discovered in one country or another. There’s no shortage of options here – stunning roads, untouched nature, local gastronomy and, of course, unusual personalities. In the “Discover the Unknown” filming team, the “Porsche Taycan Turbo S” filming team embarked on their tour in Romania, then to Hungary, the Czech Republic, Poland and the Baltic Provinces. Further plans include the Adriatic coast and the Balkans.

“We want to show how diverse and diverse this region is – 27 countries, 25 languages, unique culture, different religions, beautiful ways, local innovations and interesting personalities. Let’s find out many yet unknown stories about the Czech art world , Georgia’s cultural heritage, innovations in the Baltic States and Kazakhstan’s spectacular landscapes, we want to show our region to the wider world, and we will do that by traveling with the Porsche Taycan Turbo S, “said Michael Miller, CEO of Porsche for Central and Eastern Europe.

So what have travelers done in Latvia, and what will we see in the film? They have taken the case seriously – they have covered 1,200 kilometers from the Baltic coast to the forests of Vidzeme. The filming team went on picking and mushrooming boats with Māris Olts, organizing a picnic with chef Lauri Aleksejevs, listening to a short lecture on contemporary architecture by Zaiga Gaile, as well as a world tour performed by her husband Māris Gailis. Guests tried out the Aerodium wind tunnel and visited the Irbene radio telescope, visited sculptor Aigars Bikše in his mansion and visited athlete Raimonds Dombrovskis on the Vanagkalns ski track. In short, prints and pictures are exuberant.

“I am proud to have been able to show the Porsche team and the whole world the Latvian shapeless pearls – inspiring personalities and authentic places like no other in the world. Let the popular destinations remain tourist guides – our goal was to show the unique and unique side of Latvia. “During the ride, the Porsche Taycan Turbo S electric car proved to be perfect not only for everyday driving around the city, but also for further trips on the most beautiful roads in Latvia and Europe,” said Ivars Norvelis, official distributor of Porsche SIA Baltijas sporta auto. .

Of course, the main character of the whole story – the electric “Porsche Taycan Turbo S” – also appears in the frame from time to time. Not to waste words, we can only recommend taking the previous issue of “Nine Men”, where we described our impressions of the trip with electric “Taycan”, and we can only add that the film crew was lucky more than us – the ride is longer and the car has been even more powerful, because we drove a “Taycan 4S”, which has “only” 530 horsepower, while the “Turbo S” is a 761 … But, you know, we were impressed too!

Bill Gates lifts the storm by buying a Porsche electric car; the British will be the first to be in the car of the future

Porsche buys an electric car without even seeing it

PHOTO: Due to a sudden natural disaster, Vladivostok is literally frozen in ice

Traps for drivers have been set on the country road. Accident or planned crime?

A Vladivostok resident says of the results again: “For the third day there is no electricity or water”