Waiting for “Players’ Night” – an online film about the winner of the Māris Lifetime Achievement Award Ķimelis / Article / LSM.lv 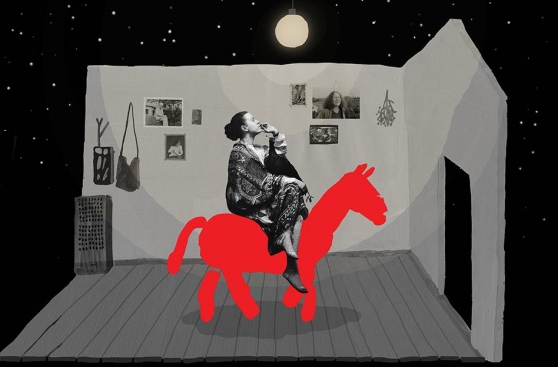 On November 23, with the announcement of the annual award winners at Theater Players’ Night, directors Māra Ķimelis and actor Leonīds Lencs will be honored for their lifetime contribution to theater art. While waiting for the annual theater festival, it is possible to watch director Krista Burāne’s 2014 documentary “Māra” about Māra Ķimelis online.

The film follows director Māra Ķimele’s relationship with her grandmother, her son and her work, documenting the creation of theater as an unreal reality not only on stage, but also in daily life.

All the characters in this documentary are portraying – some in multiple roles, some themselves. But isn’t that why they’re not real?

Along with the actors of the New Riga Theater, Māra Ķimele performs Dostoevsky’s “Crime and Punishment,” with her son Pēteris playing small and large family plays, along with her grandmother Anna Lācis becoming director, as well as Latvia’s most talented senators. Different times, rooms and people interweave in the story of the artist’s courage, strength and vulnerability.

Due to the state of emergency declared in the country, the announcement of the “Players’ Night” awards will not take place this year with the whole family of theater artists assembled, but viewers will be able to watch the remote ceremony from 9.10 pm on LSM.lv’s public media portal, LTV1 and listen to Latvian Radio.