Video: A Chinese probe grabs a piece of the moon – the first in more than 40 years 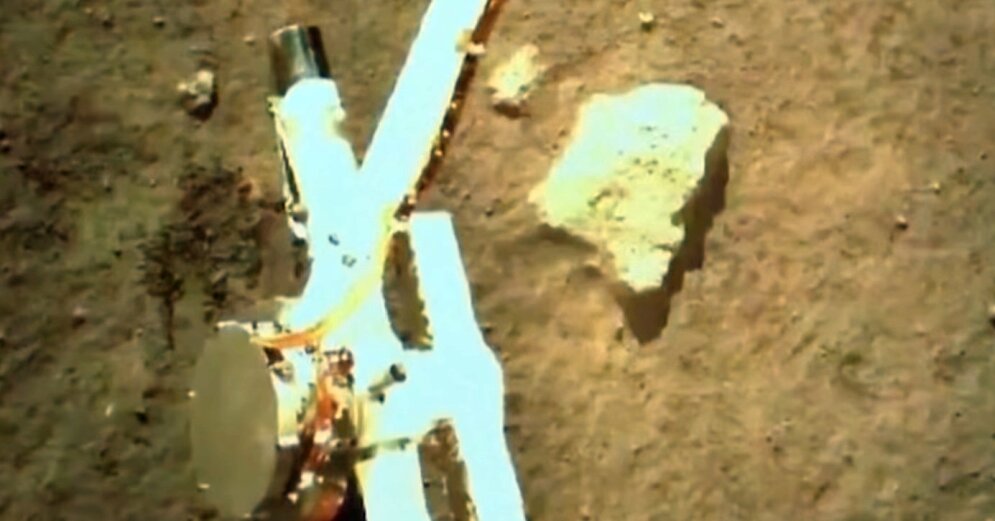 China has released a video showing the exciting moment as the Chang’e 5 probe landed brilliantly to collect the first moon samples after a break of more than 40 years.

The entire equipment, the landing / take-off module (probe) and the service module, which stays in moon orbit, arrived there on 28 November. The separation happened on the same day.

Accelerated (time-expiration) The video shows the landing made by the landing / take-off module on December 1st. As the Moon is currently 380 thousand kilometers away and it takes two seconds to reject a signal from Earth to the Moon and back, adjustments would be made with delay, which can determine the result of an operation so good – success or failure. So, of course, the whole landing process was fully automated. Chang’e used 5 gamma altimeters to determine the distance to the surface, as well as optical and laser systems to determine if there were any obstacles in the landing area.

The last time the moon samples were taken was in 1976, when the USSR probe made “Luna 24”, but NASA received the largest amount of moon samples in the late 60s and early 70s – Apollo flights allowed the transportation of about 382 kilograms moon rocks to our planet, pebbles, regolite and dust.

Of course, Apollo missions are very different from other lunar missions – they are the only ones where people have set foot on the Earth’s satellite surface, which, among other things, allowed the collection and return of such a large sample. Chang’e is a robotic probe, so the targets are naturally more modest – China expects two to four kilograms of material.

The published video also shows how the sampling process itself takes place, with the probe’s robotic “hand” collecting material from the surface and drilling near a structure called “Mons Rümker” which once stood at a time as a result of volcanic activity.

When the planned volume is collected, the take-off module starts back from the Moon’s surface, leaving the landing module behind. In moon orbit, it will have to meet and connect to the service module before the return journey begins. Once in Earth’s orbit, valuable specimens in a durable capsule will make a fiery path through the Earth’s atmosphere. As things go according to plan, scientists will be the first “freshly collected” moon samples in more than 40 years. This could happen in mid-December.
One of the reasons why this site was chosen for the well is the formation mentioned “Mons Rümker”, which testifies to the volcanic activity that took place at this place. The samples will provide a better understanding of why this area was geologically active long after volcanic activity in most other lunar areas subsided for a long time.

“Chang’e 5” isn’t the only mission that could charm scientists with extremely valuable research material this year – the return of the Japanese probe “Hayabusa2” to Earth is planned for this weekend (artist’s picture below ). This probe was launched in 2014, but in the summer of 2018 samples of the “Ryugu” asteroid were collected near Earth.