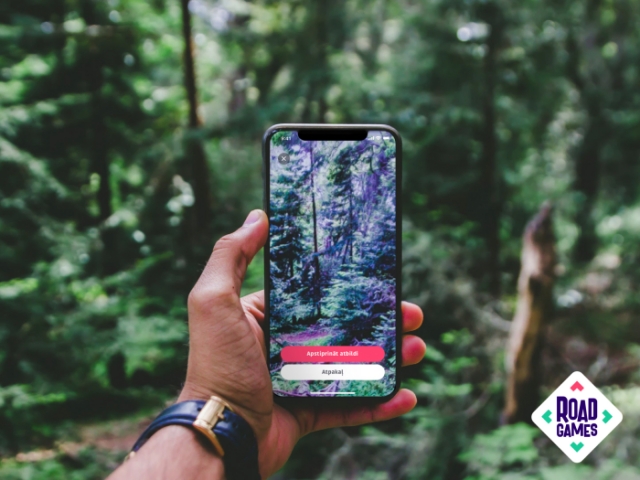 In investing in 100,000 euros, the "Draugiem Group" company has created the unique concept of "Roadgames" adventure, the "LA.lv" portal was found in the company.

By investing another 350,000 euros, the game will also be directed to the global market. Germany is the first to start internationally

Gamegames is a large-scale geolocation game for global teams and apps.

Its concept is based on three parts – an opportunity for everyone to take part in creating game content, an app with geolocation tasks, and a surprise event for participants at the end of the game.

Liene Grenevica, CEO of Roadgames, said the company had created an annual merger event for colleagues, seven years to customers and three for "Draugiem.lv" users for 15 years.

Only a year ago it was decided to offer not only in Latvia, but also elsewhere in the world.

"When I was traveling myself, I was always afraid to find places that are not mentioned in the guide or that they only know local people. To make Roadgames an unforgettable experience For all, we have improved the game not just in terms of technology, but also in terms of content, "Grenevica notes.

Registering a game is available here.

Creating the content of Roadgames includes tasks to experience physical and mental abilities, as well as a time to spend fun to get to know Latvia and go to places where it was not before.

There are tasks of different types and degrees of difficulty

Collect the treasures marked on the application map, running the designated route at a certain time, recognizing the nature, art, architecture and other real-world objects after the photographic photography given, searching for hidden points on the map, reaching a specific radius and following the interest rate in the app, and others.

Task Game was launched in the App on Roadgames Start Day 10 for teams, starting from anywhere, plan a route to collect as many points as possible within seven hours.

L. Grenevica also notes that the next game will be in another county in the autumn, which has not yet been revealed.

"Dragiem Group" was developed and organized by "Roadgames", and the first game is hosted on May 11 by the largest "Retail Circle K" and LAMB autoclub, as well as an "Star FM" radio sponsor.

The "Draugiem Group" origin was found in 2004 when the "Draugiem.lv" social media was created.

Companies currently employ more than 550 employees, 250 in Latvia and 300 elsewhere in the world – in the United States, Spain and Nordic countries.

People who are at least 13 years of age and people who drive the car can attend road visits – only the participant who only holds the corresponding category driving license.