Starkov returns to the top with a tie 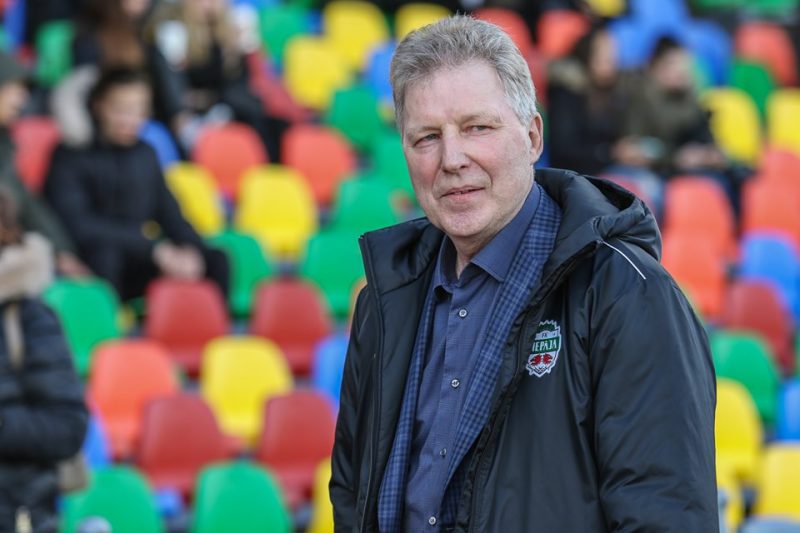 Aleksandrs Starkovs, an experienced Latvian football coach, made his debut on Saturday in the “Liepāja” team, the wind cities unit played “Optibet” in a 0: 0 (0: 0) football match with the tournament leader. RFS ”.

“Liepāja” footballers take the eighth final place, after the tenth round.

After a short break with the defender, “Liepāja” locked the ball home from the end, 43 minutes into the game, signed the referee for the replacement of Leo Strumija.

At the start of the second half of the year, Liepaja had ten men to lead, but Kaspars Ikstens showed a great performance in RFS stages. In the second half, after the corner of the RFS team, Aleksandra Solovjov arrived in the rectangle with the home keeper Valentin Raļkevičs, but a little later, Gļebs Kļškins beat the gate.

At the end of the compensation period, the people of Liepaja had almost flown to the opponent's defense and won a corner kick, but in the minority he did not win. The teams scored no goal, the battle ended with 0: 0.

Starkov was approved as head coach Liepaja this week. Scotland replaced Gordon Yang in his office.

The greatest success of his career has been achieved by Starkov with the Latvian team, which has taken a turn up to three times, but at one time he was stolen to the European Championship Finals in 2004, which he has won; n unprecedented achievement that cannot be disclosed in domestic sport.

“Liepāja” has recently been unsuccessful – he had three series of losses, but in the previous round he managed to stop him playing 1: 1 with the main opponent “Ventspils”. Meanwhile, RFS won seven of the nine league games this season, but the only loss was in the previous round – with 0: 2 against Ventspils.

Liepāja and RFS won the first lap in Riga with 2: 0.

It was already reported that "Spartaka" footballers of Jurmala have celebrated a victory in the aftermath of the Latvian football match "Optibet" on Saturday, leaving the last place in the tournament.

Jūrmalnieki performed better than the Ventspils sub-champion in the previous season with 4: 3 (1: 1).

After this game, Dejan Wucchevich announced that he was resigning from Ventspils' Head Coach.

He started playing this round on Friday, when "Daugavpils" won the football players "Metta" with 1: 0, but the champion "Riga" played 1: 1 on the field with "Jelgava". This round was released by the Valmiera Glass / Vidzeme University College team.

With nine out of 22 points ahead, there is now a "RFS" with 19 points followed by "Riga", the third with 14 points in eight "Valmiera Glass" / ViA games. "Daugavpils" takes fourth place with 13 points in nine games, where "Ventspils" fall behind. The first six with 11 points are closed by "Jelgava", with nine points in "Spartak", the seventh with eight points is "Liepāja", while "Metta" is the bottom of the tournament table.