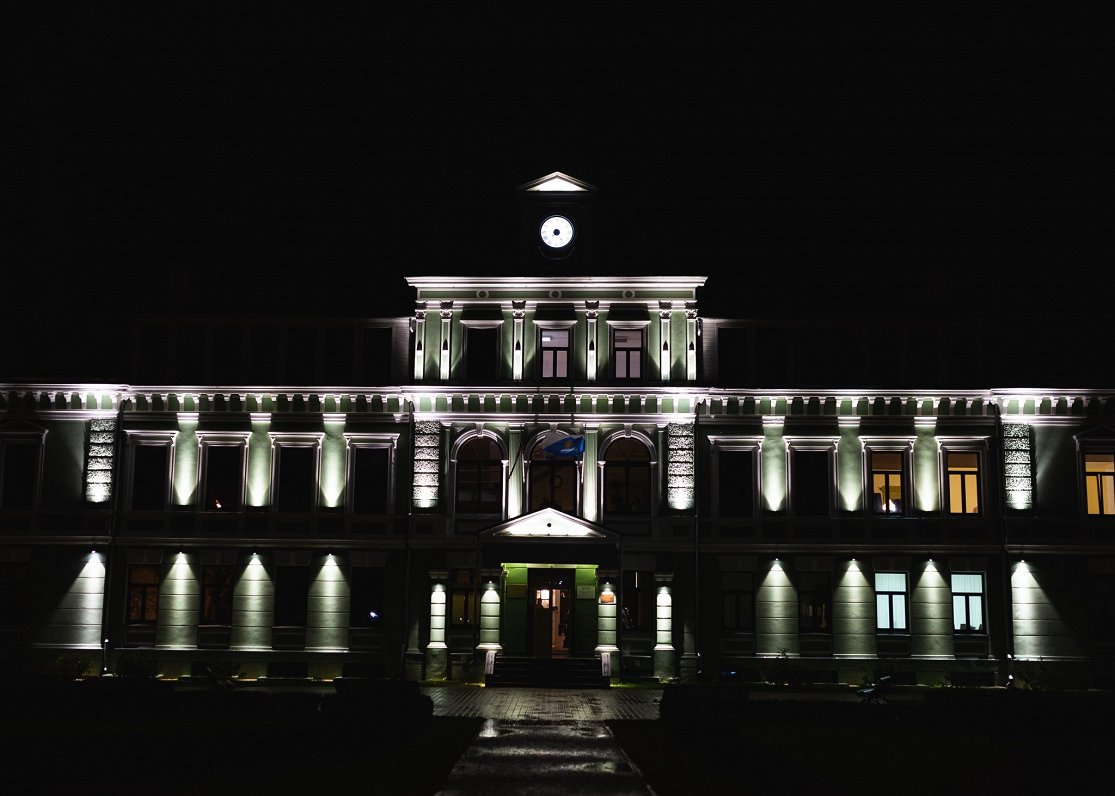 For the ninth year running, a traditional Legends Night, organized by the Latvian Castles and Manors Association, takes place on the last Saturday of October in Latvian castles and manors. This year, it will be held on All Saints Day, October 31. 12 manors will take part in the night of legends – five by Kurzeme, six by Vidzeme and one from Zemgale, the organizers have informed.

Due to the restrictions on assemblies set in the country and that care for the safety of guests, Legend Night events have been largely moved to manor parks and have a limited number of visitors.

On the night of the legends, the Durbe Castle complex will host glorious moonlight games in honor of a special personality – Ernst Wilhelm Matthias Dietrich Otto von der Rek (1819-1881). In Kurzeme’s history, he has left the silhouettes of at least 835 nobles. His carved portraits can also be seen at Durbe Castle library. On the night of the legends, they come to life in a special show in the castle windows.

It will be possible to watch the drama of light and shadow, music and color for all who will be in the courtyard of Durbe Castle on Legend Night. The performance starts every hour – at 19.00, 20.00, 21.00.

At Jaunmoku Castle at 15.00 there will be musical performance puzzles “Who lives in the forest?”. It’s a less than an hour-long concert story, where musicians along with the audience try to find answers to questions and grooves about the forest, monsters, birds and insects. The visual design is created by the bright and expressive images of the artist Ilvita Didrihsone’s paintings, which particularly capture children’s imagination.

Between 16.00 and 17.30 there will be a family orienteering competition in the castle park, judging.

Padure Manor will host the German silent horror film “Doctor Caligari’s Cabinet” on the castle park facade at 7pm on Legends Night, and will be taped by Kaspars Tobis of the group “Iron Wolf” with a written accompaniment especially for this movie.

From 9 pm, horror stories are also expected in the manor basement. Visitors will be able to listen to the famous narrator Liesma Lagzdiņa and tell their own ghost stories.

There are several terrible surprises waiting for you in the manor park. Ghost soup will cook on the fire. Frozen people will be able to warm up with Smilškalni tea, coffee and warm wine, and have a snack too.

Light and sound installations of “The Story of the White Lady of the Strazde Walls” will be on view at Strazde Manor.

The Manor of Vadakstes The legendary evening will end with the slogan “A magic night in the manor of Vadakstes”. From 18.00 there will be exhibitions on the 1st floor of Vadakste manor and a walk in the park illuminated with music.

Torches and candles will be blazing at Jaunpils Castle from 5 in the afternoon, the sounds of legends will sound, a bonfire will be heard. A blacksmith fakes in the middle of the yard. A legendary perfume workshop in the hunting hall. Creative activities for children are expected in the green hall.

From 18.00 in the castle’s pub hall there will be a “Legendary Dinner” accompanied by saxophone music with Artūrs Tigulis – a themed table-themed supper event.

The exhibition “Photographs of Edgars Vaivads” at the Jērcēnmuiža Hunter House is expected to open from 18.00

In turn, at the House of Jērcēnmuiža Freileņi at 19.00 Aleksandrs Čaks poetry performance “Mirrors of Imagination” performed by Mārtiņš Wilsons

Kokmuiža Castle will open and connect the doors of the past and present at Night of Legends, which will attract you to get to know the ancient traditions of music and party celebrations on the 18th, 19th. the atmosphere of the century, as well as will encourage getting to know the stories of legendary people who have made a valuable contribution to music in the very near modern times.

The journey through time and space will take the form of excursions at Kokmuiža Castle starting at 19.00 and 20.00.

The program also includes glass music and manor dance performances, a tour of Robert Pāže’s retro radio collection and an exhibition of ancient musical instruments, the hosting of a virtual choir and a story about the outstanding choral conductor Roberts Zuikas and his work in Kokmuiža, tasting brewing at the Kandža Laboratory.

From 19.00 at the Liepas manor center the park will come to life in a torch light tour around the territory of the manor park. Along with the images of the manor legends, visitors will be able to spend time in a cozy and amazing atmosphere, getting to know the history of the manor of Liepa and at the end of the evening tour enjoy the magic of the fireplace event spirits, feasting on special food and drink.

In the manor of Shiïi, the theme “Fate. Human beings. Talks. Quotes. From 20.00 Ingrida Zīriņa, head of the history section of the Valmiera Museum, tells the story of Iveta Dukaļska, head of the Society of Folk Musicians about the opening.

On the night of the legends, from 19.00 and 21.30, an “In Fashion. Alexander and Giuseppe ”, which will bring Baroness Alexander of Stāmeriena and Prince Giuseppe of Sicily in the most romantic moments. During the adventure, visitors will enjoy a string concert, enjoy shadowy portraits, create their own light symbols, and listen to stories and see demonstrations while sipping a warm drink in winter.

On the other hand, the multimedia explanation “Romance of the Wolf Family Life” will be displayed on the northern facade of Stāmeriena Castle.

The “Traverse Flutes in Europe and Latvia” concert kicks off in Ungurmuiža at 20.00, with the participation of traverse flute players Kristīne Stumbure and harpsichordist Maija Kļaviņa, Gertruda Jerjomenko.

More information about the programs is available on the Latvian Castles and Manors Association website and on Facebook.

Participants will ensure that national epidemiological precautions are taken to control the spread of Covid-19 infection. Visitors are advised to adhere to all national Covid-19 control restrictions, not to crowd, and to wear a protective mask.