For the third time in the WRC "Pilot of the Year" rally becomes the Estonian man Ots Tanaks – Motor sports – Sportacentrs.com 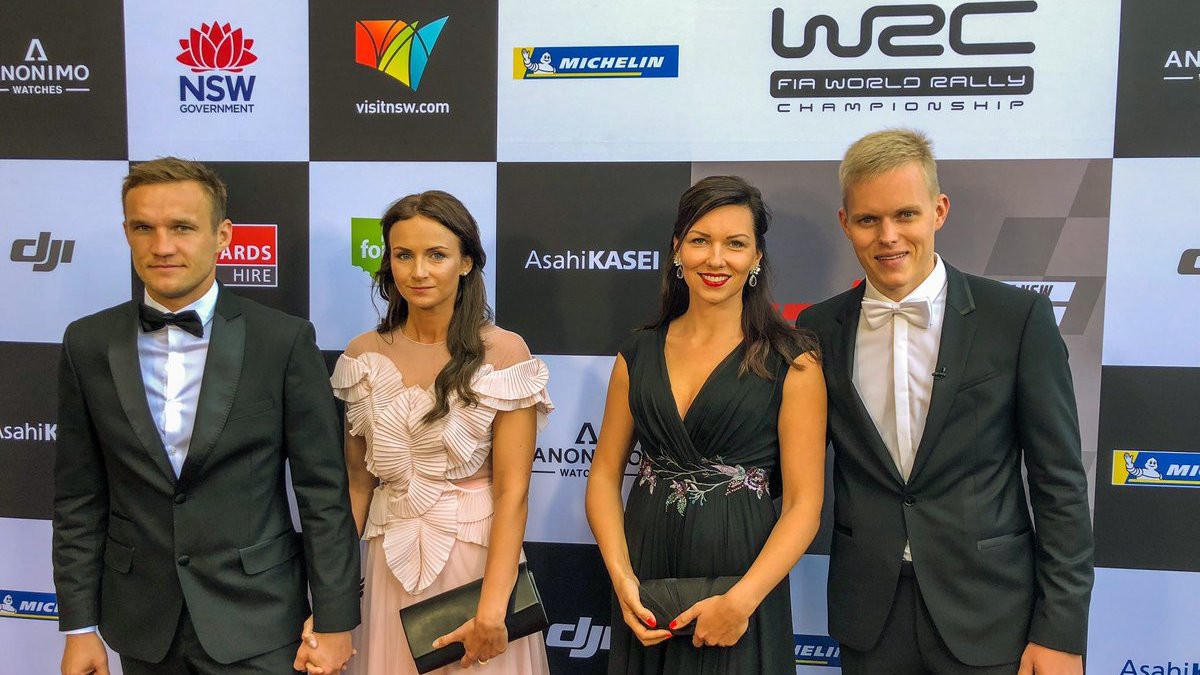 Following the Australian WRC stage, the final stage of WRC this season, a WRC awards ceremony was held in Sydney with around 250 guests. Amongst these guests were pilots, competitors, team leaders, WRC officials and other invited guests. Prior to the Australian period, WRC nominated a number of nominations on its website, that supporters could vote before the start of the Australian rally.

For the third consecutive year in the nomination I won & # 39; Pilot of the Year & # 39; Estonian version of Ots Tanak. The Estonian writer performed the second half of the WRC season, winning a number of victories, and in several stages striving for victories. Meanwhile, Martyn Jarveoja, the Tanaka helmet, won the second year running as "Helm of the Year".

However, Tanaka won two other awards in his possession. One came in the "moment moment" nomination, where the Estonian driver won three consecutive stages, winning 87 points out of 90, as well as Estonia won the nomination "Rap WRC".

WRC Vice Champion Trier Noiville won two awards. Belgium won a nomination & Time of Success & # 39; (wrestling at the WRC Sardinian rally, before Osee for 0.7 seconds) and Leap of the Year, where Noiville gave a great 30-meter-long drive to two-wheels on the Swedish WRC rally.

Elfin Evans, who is in the Turkish WRC stage, won his car in the park, winner in the "Team Spirit" nomination, while most of the mechanics helped to secure the car Sebastian Ojier at the time. Ojier was awarded one prize (last year the WRC champion was awarded an award without a prize) in the nomination of "Maximum Point Points of Power".