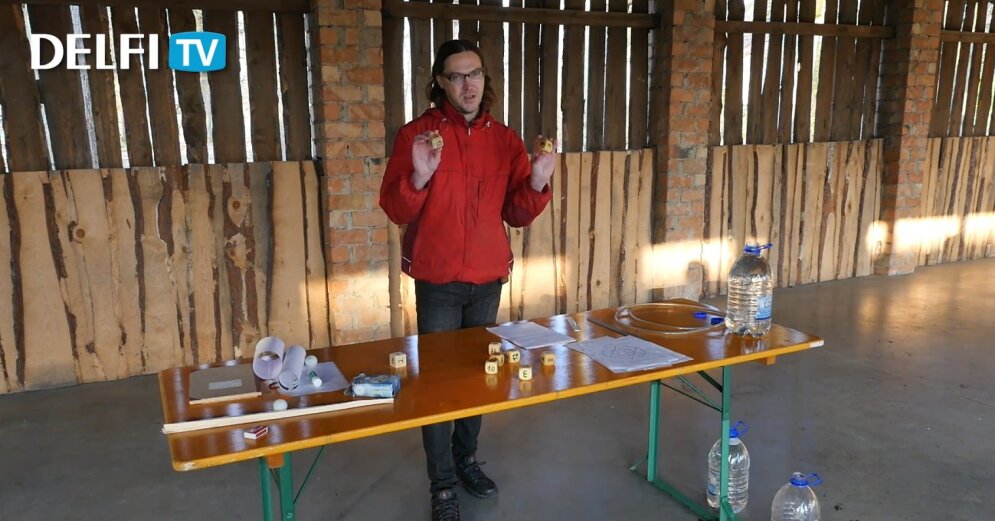 We talked about the game with cunning dice before. Now it’s time to make the game a little more complicated and interesting. How it works – watch the video and read the description, because astronomer and physics fan Aivis Meijers has also prepared spreadsheets to help better understand the essence of this game.

In the variant we originally showed, it is possible to choose one of six dice in this game. The sum of the face values ​​is identical for all (42), but the numbers written on the surface for each stone are different. We’ve already explained which dice to choose to increase your chances of winning. If you know the answer, read on. If not, check out the game by watching the two previous videos available by clicking on the links:

Such dice are called Ephron dice. In principle, Ephron dice are known as ones where it is impossible to say unambiguously the best of all. Of course, one dice is stronger than another. For example, if an octopus stone (eight on five faces, two on one face) is stronger than one with seven on each face, and a ten stone (ten on three faces, three on four faces) is stronger than eight stone on eight faces. the dice will definitely be stronger than the seven dice, and calculations of the likelihood of winning it also prove, Meijers explains. In other words, Ephron’s principle is when the regularity doesn’t work: if a> bab> c, then a> c must be.

The thing is, after several games, players will most likely have “decoded” which dice to choose in order to beat their opponent with a higher probability. In principle, the one who chooses the dice second most often wins, assuming that the principle is understood and that the choice is made correctly. At the bottom of the picture you can see the calculated probabilities of winning with any of the six dice against anyone else. 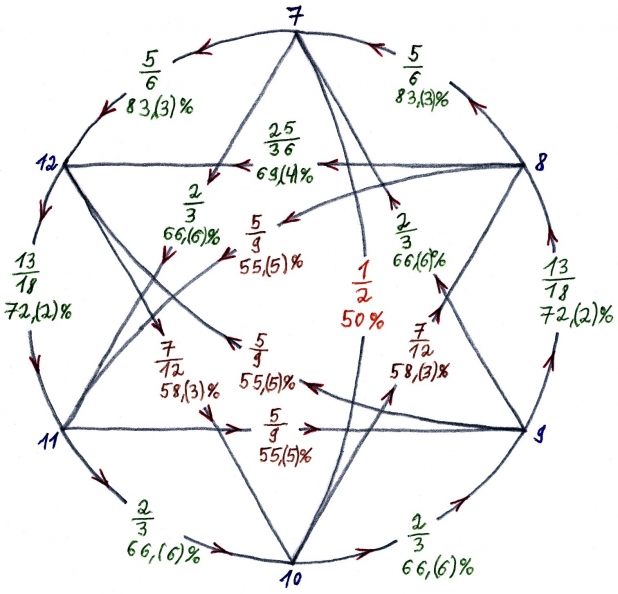 The arrows indicate which dice wins, and the probability of winning the dice is calculated in a single roll. Green has won with a probability of at least two to three.

If a 21-throw game is played and the winner, of course, has to score at least 11 points, the table below shows the chances of winning the player with the most statistically unfavorable dice. All possible cases are considered:

To make the game more interesting, we can introduce new dice! Become familiar – dice joins the game, facing 0; 0; 9; 10; 11 and 12. What now? One example of a solution is in the table below:

We can roll dice into the game that wins this one, but now it will no longer win the original six, as shown in the calculations in the table below:

To make the game more exciting, you can, for example, do this – one player picks one of the existing dice, while the other has time (say, no more than a minute) to draw his dice, which the opponent has a better chance of defeating him. The condition is that the sum of the surface values ​​must remain constant, ie 42.