Both Deglava transmission aids will be repaired by Dec. 25 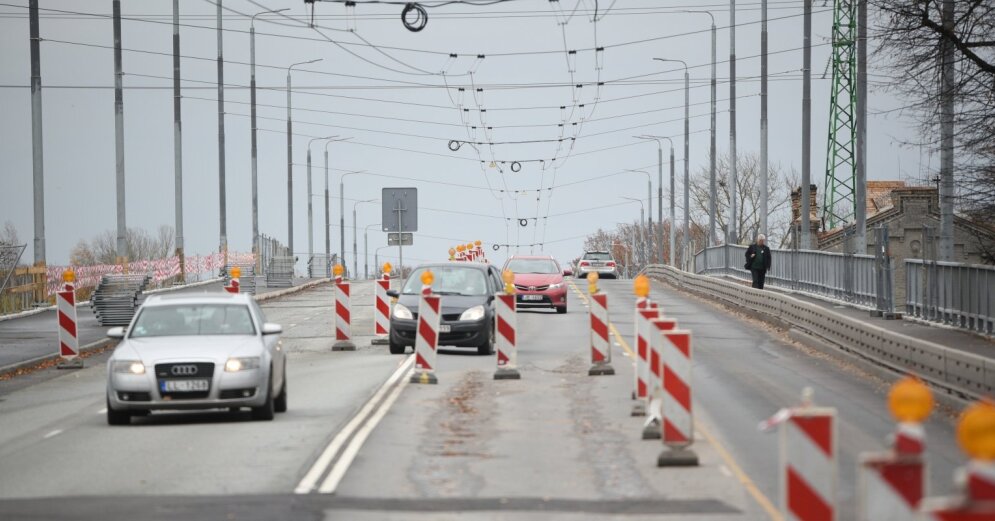 Between November 26 and December 25, the two Augusta Deglava transmission pillars will be repaired, when changes to the traffic organization in the streets of Braslas and Vestienas are planned, the “Delfi” section was notified to the portal.

Between November 26 and December 4, the temporary structures required for the work will be installed on both sides of the caretakers. Traffic on the streets of Braslas and Vestienas will be organized in one lane, regulating it with traffic lights.

Between December 18 and 25, temporary structures will be dismantled. During this time, traffic lights will be switched on for the second time and vehicles will move along one lane.

The repair for the Deglava transfer is due to be fully completed in the summer of 2021.

It was already reported that the State Building Control Office (BVKB) last year, while managing construction work, found damage to the Deglava Street transmission load bearing structures. According to the findings of BVKB experts on the dangerous state of Deglava bridge in Riga, Interior Minister Sandis Ģirģens (“KPV LV”) ordered the State Police to close the traffic over the Deglava bridge until the BVKB performed a bridge security analysis.

A month later, after the damaged structures were installed, State Police opened a bridge for traffic, imposing traffic restrictions on the bridge, i.e. vehicles with a gross vehicle weight of less than 30 tons will be able to crossed. There will also be a speed limit of 30 kilometers per hour as well.