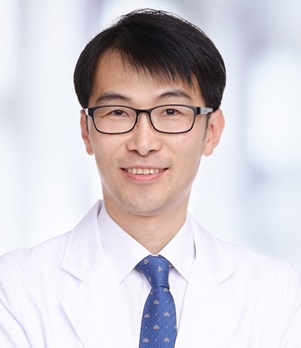 Department of Hematology and Oncology Seoul National University Hospital, Shin, Dong-Yeop (Picture) The Professor’s research team announced on the 4th results of the research that it can effectively produce ‘lymphocyte progenitor cells’ from hematopoietic stem cells in vitro.

The results of this study are expected to have a significant impact on patients receiving hematopoietic stem cell transplant and the development of new T cell therapies.

However, this method carries a very high risk of complications and can only be treated in a selected patient group. In particular, immune impairment due to inadequate development of the T lymphocyte system causes fatal complications such as cytomegalovirus infection, leading to death.

T lymphocytes, commonly known as T cells, are involved in cellular immunity, attack and destroy cancer cells, and play an important role in the prevention of various viral infections. If these T cells are not working properly, the immune system is destroyed. It differentiates from hematopoietic stem cells and develops into T lymphocytes through T lymphocyte progenitor cells in the thymus.

The development process of T lymphocytes differs from that of other immune cells, making it difficult to produce them effectively using conventional methods. Although the method by co-culture with mouse-derived thymocytes was partially successful, it was a technique that could not be applied to real patients.

The research team first focused on the development of technology for the application of patients, excluding mouse-derived cells and proteins, and conducted the experiment. To establish the conditions for the production of lymphocyte progenitor cells, the research team extracted high purity umbilical cord blood hematopoietic stem cells, and then created a thymus mimic environment using recombinant proteins and human-derived cytokines (signal transducers). .

The research team discovered for the first time a phenomenon in which T lymphocyte progenitor cells are enlarged and produced more effectively as a result of combining cell culture conditions in a physiologically distinct environment under these heterogeneous cell exclusion culture conditions. It has been confirmed that this phenomenon is further multiplied by ascorbic acid (vitamin C), a representative antioxidant.

The research team verified the results of this study through a three-dimensional culture of organoids (artificial thymus) for one month. Intracellular cytokine production experiments confirmed that T lymphocyte progenitor cells produced in vitro under the physiological hypoxic environment and ascorbic acid conditions develop into T lymphocytes that act as true immune cells. That is, the possibility of swelling of T lymphocyte progenitor cell and T cell production in vitro was confirmed by hematopoietic stem cells.

Professor Shin Dong-yeop said, “Having tested various substances and culture conditions more than 200 times to reduce fatal infections caused by T lymphocyte deficiency after hematopoietic stem cell transplantation, it is meaningful to find a method of ‘ such at last. ” “Success in doing so is expected to improve the treatment outcome of patients undergoing hematopoietic stem cell transplant and contribute to the upgrade of the rapidly developing cell therapy technology.

The results of this study were published in the recent issue of’Stem Cells’, a journal in the field of stem cells.