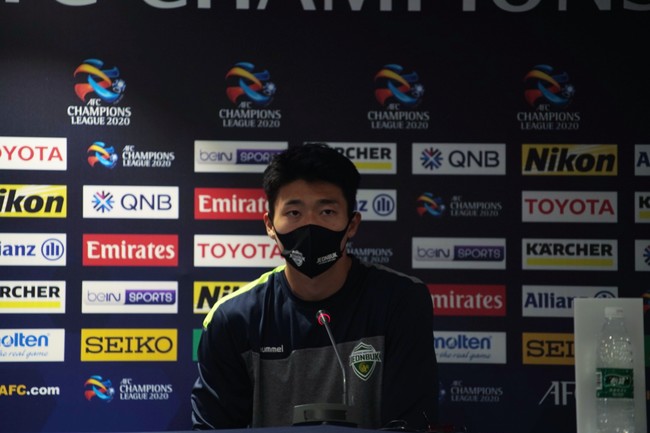 [인터풋볼] Reporter Shin Dong-hoon = After Cho Gyu-sung scored a multi-goal, he made a speech at a press conference that seemed to look back at the last two seasons.

Jeonbuk Hyundai won 2-0 in the final game of the Asian Football Federation (AL) Champions League Group H group stage in the 2020 season held at Khalifa International Stadium in Doha, Qatar at 7pm on the 4th. For Jeonbuk, who had already been removed from the group stage, it was Yoo Jong’s beauty.

The main character of victory was Jo Gyu-seong. In the 16th minute of the first half, Jo Gyu-sung shook the net by tying Lee Sung-yoon’s cross with a header. In the 32nd minute of the first half, he scored a penalty kick and made it 2-0. Shanghai made an offensive to score redemption goal in the second half, but could not break through Jeonbuk’s defense. Both goals were held and Jo Gyu-sung scored, and Jeonbuk picked up the win.

Cho Gyu-seong showed a remarkable growth trend in retrospect over the past two seasons. Cho Gyu-sung made his first appearance at FC Anyang in the 2019 season, played 33 games, scored 14 goals and 4 assists, coming in fourth in the score. We also enjoyed the honor of being selected as the Eleventh Best of the K 2 League in the 2019 season. Jo Gyu-seong, whose stock price rose, received Jeonbuk attention and wore a Jeonbuk uniform this season.

Jo Gyu-sung received a steady opportunity because he was subject to the mandatory access regulations under the age of 22. He showed remorse when he went to the front, but after Gustavo came, he moved to the side and improved his performance. In 23 games, he scored 4 goals and 2 assists. In the last game of the K 1 League, Daegu FC scored two goals in the championship match. He was proud to win the FA Cup.

I was hoping to win the ACL as well. However, the result was the elimination of group stage. Cho Gyu-sung scored multiple goals and led the final stage of the group stage to victory, and at a press conference, “Jeonbuk is a strong team. We couldn’t advance to the round of 16, but we tried to show good figure till the end, “he swallowed repentance.

“The future is unknown. That’s why I did my best every day. Last year I played for Anyang in the 2nd division, but this year I also won at Jeonbuk and scored in the ACL. I have many fond memories this year. I’m working harder. If you do, I think something better will happen. ” 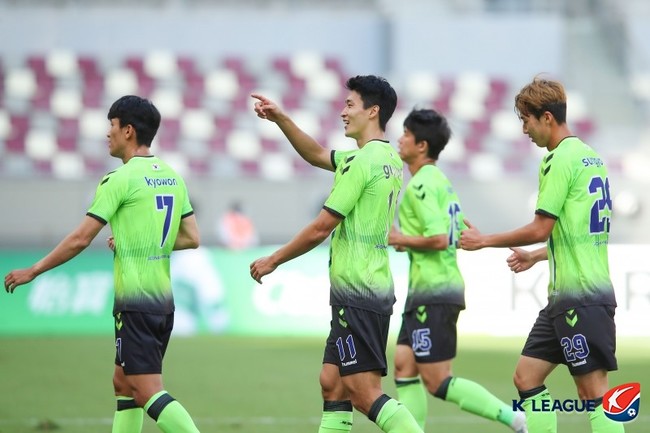