Borsa Italiana: the FTSEMib reinforces the progress. Comments (21 May 2019) t 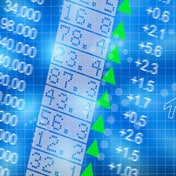 Telecom Italia TIM is in strong progress, after the dissemination of quarterly results. STM tries to recover some of the losses yesterday

Positive plea for Piazza Affari and for the main European stock exchanges (as expected), after yesterday's correction. y spread between the BTP and the Bund there are just under 280 points.

Telecom Italia TIM registers an increase of 2.47% to 0.4691 euros. The telephone giant has approved the results of the first quarter of 2019. Telecom Italia TIM has completed the first quarter of 2019 with revenue of 4.47 billion euros, down 4.6% from the 4.69 billion received in the UK. the same period the previous year. The relative gross operating margin had not changed and this was confirmed as 1.79 billion euros; as a result, profits had improved from 38.3% to 40.1%. At the end of March, the total debt debt was adjusted at € 25.08 billion, slightly lower compared to 25.27 billion at the start of the year. The consensus of analysts showed that revenue was down 4.3% to 4.49 billion euros and EBITDA reported down 2.4% to 1.75 billion. At the end of March 2019, net debt adjusted at € 25.44 billion. Telecom Italia TIM's top management confirmed the financial targets set in the strategic plan for the period 2019/2021 released at the end of February.

Nervously sitting to bankers. According to MF, today Commerzbank's board meeting has been arranged, and during that time – according to the financial newspaper – the heads of the German organization could raise the curtain on any unusual operations.

STM tries to recover some of the losses accumulated in yesterday's session. The Italian-French group title recorded an increase of 1.45% to € 14.355.