Accident for Tesla Model 3: Batteries are flying everywhere and setting fire to a nearby house 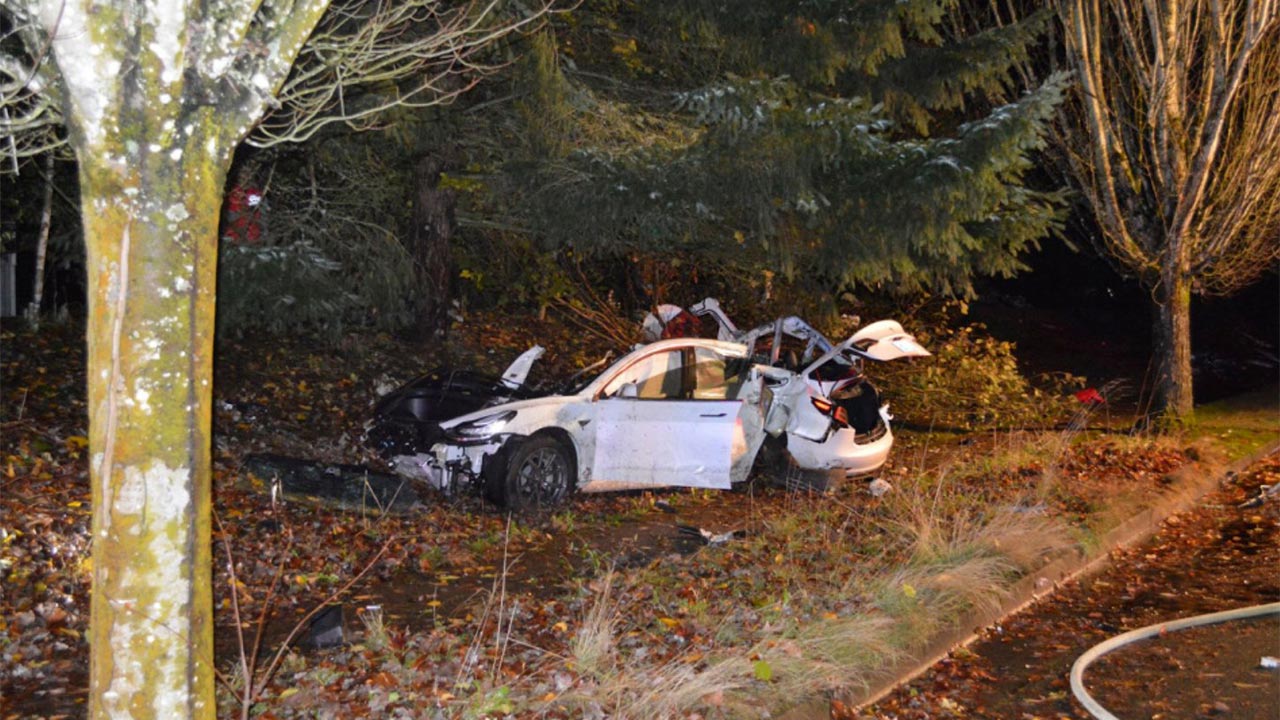 What will happen if an electric car bends over 160 km per hour and take an obstruction causing a serious accident? The answer in the pictures of the accident that happened to a boy with his Tesla Model 3, which, under the influence of drugs, strikes a barrier beyond 100 miles per hour(about 160 km / hr). The results? He literally shattered his Tesla but most of all the batteries scattered everywhere only as the impact between the car and the barrier was so huge that it stopped the car 100 meters ahead.

Tesla Model 3: these are the images of the ” scattered ” batteries everywhere

As can be seen from the photos, the scene that appeared to the police officers was very unique: a car practically split into two with all the airbags exploded with the driver unharmed but with the car batteries scattered everywhere. The driver allegedly lost control of the vehicle, knocked down a power pole and then crashed into two trees and a telephone junction box.The impact broke the seal on the electric vehicle’s battery pack, causing hundreds of cells to leak: broke at least two windows of a nearby house, one landed on the floor and another on the bed of a resident of the house causing a small fire.

We know that Tesla Model 3 battery pack uses epoxy which makes it very difficult to remove the cells, but in this case it seems that the collision might be so important that the epoxy did not do its job of safety. Of the impact, one of the tires flew with such force that it hit the second floor of a nearby apartment complex, breaking even the water pipes and flooding the downstairs units.

Authorities collected Tesla scattered batteries but asked residents for help if they found more that had not been recovered in the first cleanup operations. The cells can stay hot for over 24 hours, releasing toxic fumes and also releasing harmful substances.

Clearly Tesla and the other manufacturers will have to work to find a solution to cover the battery debris in the event of an accident. At the same time they will have to continue to increase the safety of the driver and those around the car during impact. A task that could turn out to be a little easier as Tesla’s Model 3 has already achieved the five-star NCAP, a result that has also been achieved by the brand new Volkswagen ID.3.