A 39-year-old Milan woman dies in a roundabout accident: her daughter is very serious 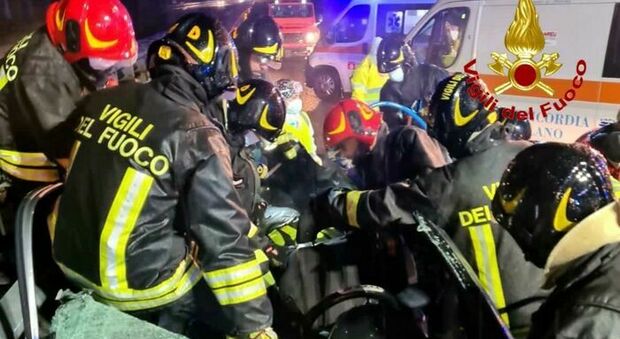 A tragic Saturday in Milan for a family of five people who were involved in a car accident, which happened tonight, on the Western ring road, in Rozzano territory: based on initial information, mother is dead, daughter is very serious, while father and two other members of the family unit have been transported – in red code – to hospital . They were traveling aboard a Honda Jazz which collided with two other cars at about 8.15pm.

According to the rebuild of 118 and the Fire Brigade, the woman who died in the car accident was 39 years old. Her husband, 41, was transported in dire conditions to Humanitas. Also in appalling conditions the 12-year-old girl at San Paolo is in hospital. Finally, the male, in a coma, is in the Polyclinic and his 10-year-old daughter is seriously taken to Pope John XXIII’s hospital in Bergamo. The family is probably of South American origin.