‘Maternity is a taboo in the art world – it’s as if we’ve sold out’: female artists on the impact of having children | Art 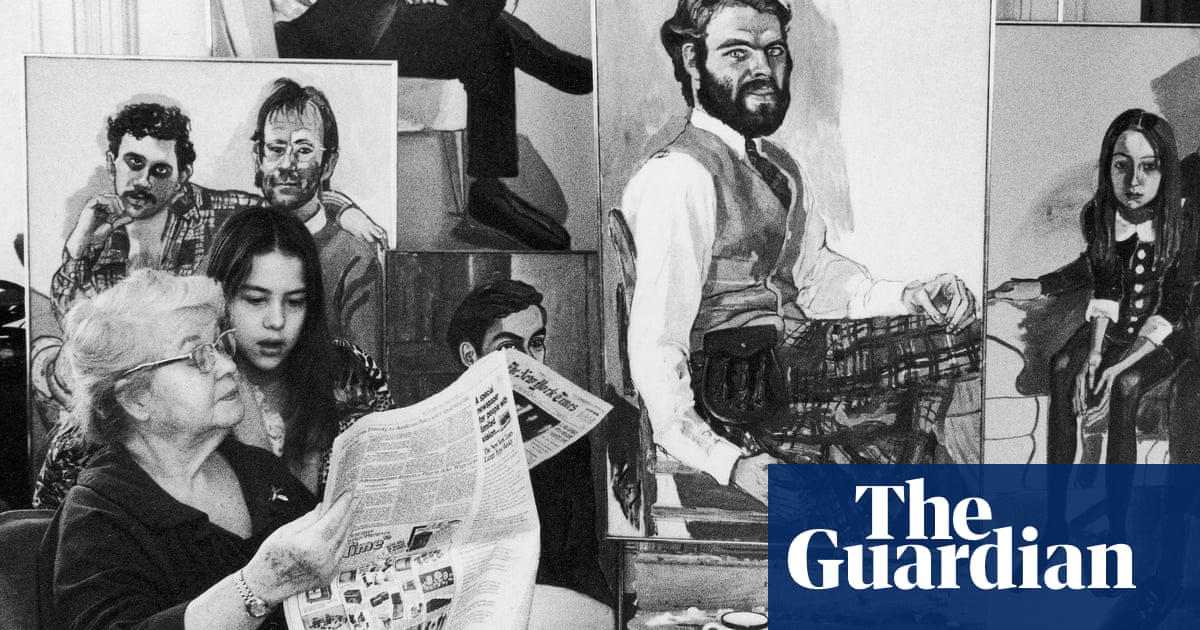 ‘Last night, ”said Laima Leyton,“ I went to bed with a sticky mind. I was wondering why many of the women artists I love were not mothers: Laurie Anderson, Pauline Oliveros, Marina Abramović. I felt sad, as if they didn’t have to take care of others anymore. As if their solid, amazing work were their babies. ”

Earlier this year, I interviewed 50 female artists – Leyton among them – about the impact of motherhood on their work. A similar “sticky mind” has changed all of them, at one stage or another. Juggling maternity and any career can be difficult, but there seems to be something about the role of an artist that usually makes the combination more than problems.

There are the old stereotypes, of course. Author Cyril Connolly’s condemnation of domestic minor – “There is no more unmistakable enemy of good art than the pram in the hall” – and Tracey Emin’s quote line: “There are good artists who have children. Of course there are. They are called men. ”

Many artists had received harsh warnings about motherhood. “I’ve never known a woman whose career continues once they have children,” informed artist Ishbel Myerscough by the wife of an art dealer. The choice is often presented as binary: art or children.

For five years, the Freelands Foundation has collected data on the representation of women in British art. Its most recent figures range from the number of A-level art students (of whom 75% are female) to the proportion of high gross sales at auction by female artists (3%), in its latest report, Female Artists Representation in Britain. out an obvious split of fate.

According to the report’s data, collected by artist and academic Kate McMillan, in terms of career, the sharpest distinction between female artists and their male contemporaries occurs after graduation and before gaining commercial recognition. Just in case you dare entertain such a thought, it’s not because young male artists do a better job. The long-standing exhibition for recent New Contemporary graduates is selected as “blind”. Figures for the last decade show a fairly even gender balance (if anything, New Contemporaries is fractionally oriented towards female artists: 51%). Yet only 35% of the live artists selected to be represented by commercial galleries in Britain are women.

Something seems to be starting to erase the careers of female artists in their 30s. There are many factors at play, but when I discussed the data with McMillan last year, we felt it was worth exploring a variable that was not considered in the Freelands Foundation reports or similar studies around the world – maternity. My resulting essay – Full, Messy and Beautiful – was published alongside this year’s report.

Female artists from across the UK responded to my open call to be interviewed about the impact of motherhood on their work. Their experiences ranged from late pregnancy to grandmatriarchy, and they worked in fields as diverse as illustration, sound and performance art. Many wrote or spoke to me at length: outputs of cruel, painful honesty. Maternity was not a subject that most artists had been invited to talk about before. Many felt that they needed to keep both sides of their identities separate, as if they were somehow operating under the radar: hidden mothers, permeating the art house.

“My experience,” Anna Perach told me, “is that motherhood is considered a bit taboo in the art world. It is accepted that the artist has ‘sold out’ or joined the bourgeoisie. Others in the art community often meet him with a mixture of underlying feelings of rejection, jealousy or both. ”

The art world is not well structured to provide care for young children. Private early evening scenes, where artists network and a lot of business is done, directly conflict with “the sacred trinity of supper, bath, bedtime in houses with small children”, explained WK Lyhne.

Residencies are difficult if not impossible for those caring for young children. Childcare cannot be listed as the cost of work in Arts Council grant applications. Very few studio complexes have crèche facilities. Some galleries help artists with childcare when setting up an exhibition, but they are in the minority. Generally, the artist’s mother who is expected to be flexible and at ease, not the organization.

Art does not come with a fixed salary or an established career path: there is no easy measurable value. How to justify spending money on childcare? “It is difficult to justify paying for the time needed to do speculative work, which might not sell, or which would not be sold for months or years,” said Catherine Kurtz.

Things are starting to change. There is now the Mother of Art award, and there have been recent exhibitions on birth and pregnancy (of course, not all mother artists make art about motherhood). Certain galleries were praised for being thoughtful and homely.

In an industry that deals overwhelmingly in intangible qualities – buzz, aura, image – there is simply the problem of perception. “Female artists are generally on the margins,” as Jemima Burrill said. “Mothers are almost beyond the pale.”

Rather than being treated as unfortunate or even catastrophic, motherhood should be a cause for joy. There are some great artists who were also mothers, among them Artemisia Gentileschi, Barbara Hepworth and Alice Neel. Perhaps if we celebrate them as such we might begin to dispel that “sticky mind” that a woman cannot excel at both.

• The Hettie Judah Full essay, Messy and Beautiful will be published as part of the Freelands Institute report Female Artists Representation in Britain During 2019.