It's hard to believe that a coalition will hold »J-Wire 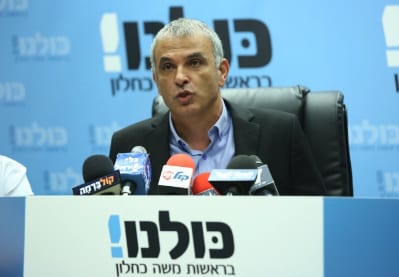 Home / News / Kahlon: It's hard to believe that a league will still be

Read on for an article

Kulanu Chairman, Moshe Kahlon, met a meeting of the Knesset squad on Monday that he expected to happen as soon as March despite the Jewish Jewish decision to remain in government.

"It's hard to believe that this business will capture it," said Kahlon, "we are preparations for elections in March."

Kahlon's comments came a few hours after Naftali Bennett, the Jewish Home Chair, said he was "pulling out all political demands" and would keep his party in government. Ayelet Shaked, Minister Bennett and Justice, gave the Prime Minister Benjamin Netanyahu an ultimatum, if Avigdor Liberman did not leave the defense portfolio last week by Avigdor Liberman, withdrawal from the coalition forced early elections. However, Netanyahu said on Sunday night he would take up the position of defense minister himself, adding that Israel was in a "complicated" security situation and that any abolished party would act irresponsible and possibly give the power to the left.

When addressing the Likud squad, following the Bennett morning press conference, Netanyahu repeated his stance that the government must complete.

"I told the leaders of the coalition party that we can not look at the coalition, they need to show responsibility," said Netanyahu, "I'm pleased that the efforts are coming to fruition. We have a whole year until the election."

Netanyahu urged his party members to practice discipline because the current coalition contained only 61 MK – a majority of razor razors in the 120 Knesset seats.

"We have to show a coalition discipline, no rebels, no personal dealings. The Security Cabinet can not leak or turn into a political board. We can not mix politics and security," said Netanyahu.

Taking a bit in Bennett as a result of a criticism raised against his security policy raised by the jewish home leader, Netanyahu said: "I do not need supervisors of the right. I protect us, our country, our children, I have led the country for 11 years. No PM was facing the pressure that I did not build in Judea and Samaria and stood up to it. "

Netanyahu is also hitting in Bennett over his claim that IDF troops "are more afraid of the General Military Advocate than they are from [Hamas military leader] Yahya Sinwar. "

"IDF troops are not afraid of anything," said Netanyahu.

Go to the main J-Wire page for everyone the latest latest news, patches and what's happening in your community.