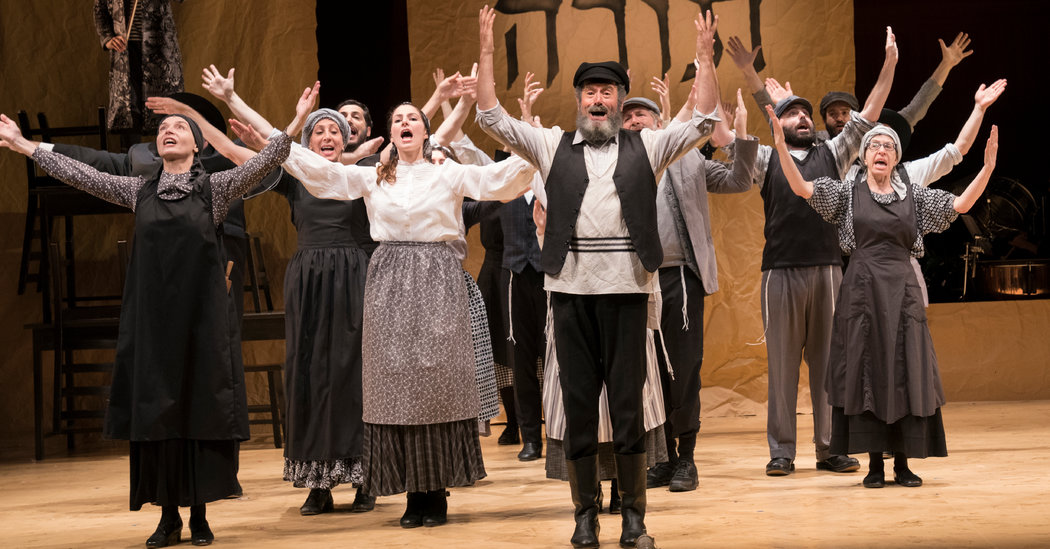 The Folksbiene National Yiddish Theater production of "Fiddler on the Roof" will move to Phase 42 off Broadway in Mid Wales, where forecasts will start on February 11, 2019. The opening has set for February 21

The musical show, which follows the Tevye story and family in the empire of the Russian Imperial settlement in 1905, will expire at the Jewish Heritage Museum in Lower Manhattan on December 30.

Written in English by Jerry Bock, Sheldon Harnick and Joseph Stein, and based on the work of Sholem Aleichem, the show was originally opened on Broadway in 1964. The poem was translated into Yiddish by Shraga Friedman and was performed first in Israel in 1965.

This production, yiddish with English and Russian supermarkets, was extended four times since it performed July 4, and has been praised as an unexpected success.

He is directed by Joel Gray, and Steven Skybell will repeat his role as Tevye, so Jackie Hoffman will be in Yente. The production is presented by Hal Luftig and Jana Robbins.