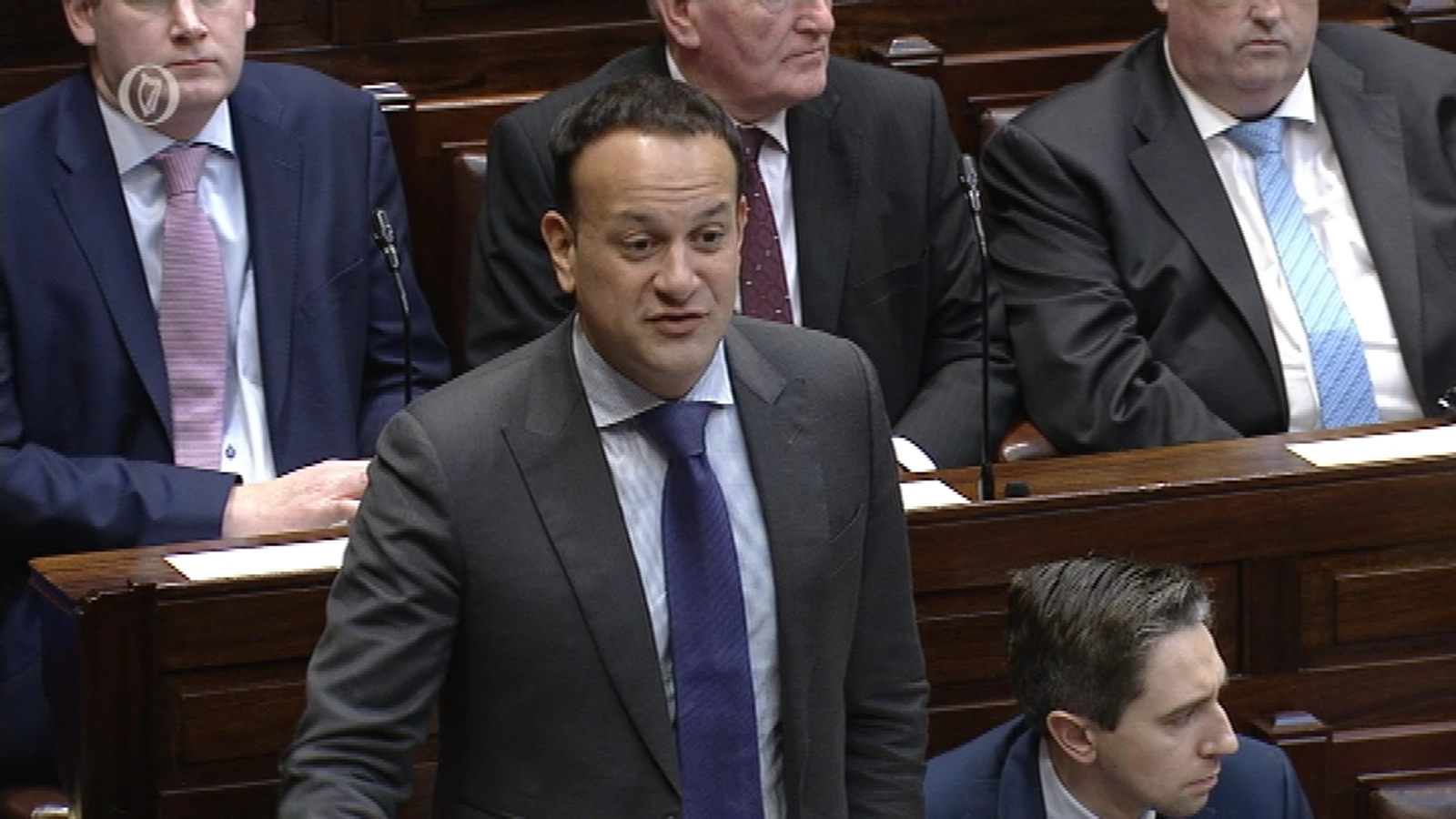 Fianna Fáil finance spokesman Michael McGrath has described the tax commitments recently granted by the Taoiseach at the Fine Gael Ard Feis as weighed in mind that we are at the bottom of Brexit.

He said he did not believe that people could not believe the word of Fine Gael about tax promises, as he said, a few years ago, Leo Varadkar was walking around with a party card in favor of canceling USC.

Over the weekend, the Taoiseach promised to increase the point where people pay the maximum tax rate of € 50,000 for one person and € 100,000 for a two-income couple over the next five budgets.

At the moment a single person pays the highest rate at just over € 35,000.

Deputy McGrath said that the Taoiseach could not stand over the € 3 billion commitment, adding that he did not indicate where the money came.

He also said that Fianna Fail had stated her issues & # 39; with the plans to give the flat rate expenses scheme for tens of thousands of employees.

The decision has been postponed since 2020.

Deputy McGrath said there was no consultation with Fianna Fail on the matter and said that people should not be out of pocket where they are going to expenses.

He also said that the discussions on the confidence and confidence confidentiality are going well and good progress is being made.

He said a deadline has not been set but the discussions will not last forever.

He said they were currently looking at public pay and yet looking at areas such as transport and children.

Mr McGrath spoke at the launch of his bill to ensure that the Bnak Central was fully regulated as called vulture money.

Meanwhile, Taoiseach described an analysis of the Economic and Social Research Institute, which estimated that carbon taxes could cost € 3,000 households by 2024 as "a way off the mark".

He responded to Micheál Martin, leader of Fianna Fáil in the Dáil.

Deputy Martin said, according to ESRI, that households currently paying € 200 on carbon tax can see that up to € 3000 per year by 2024 and try to roll over carbon taxation over the next five years by the Taoiseach.

Mr Varadkar said that the Government had not worked out of the front, but said he believed that carbon tax was needed.

"The time will come when we're prepared or ready to pre-submit carbon tax," he said

He added that his opinion was that if the Government increased carbon tax it will seek to follow the Canadian model, where money is put back in the form of tax and welfare credits.