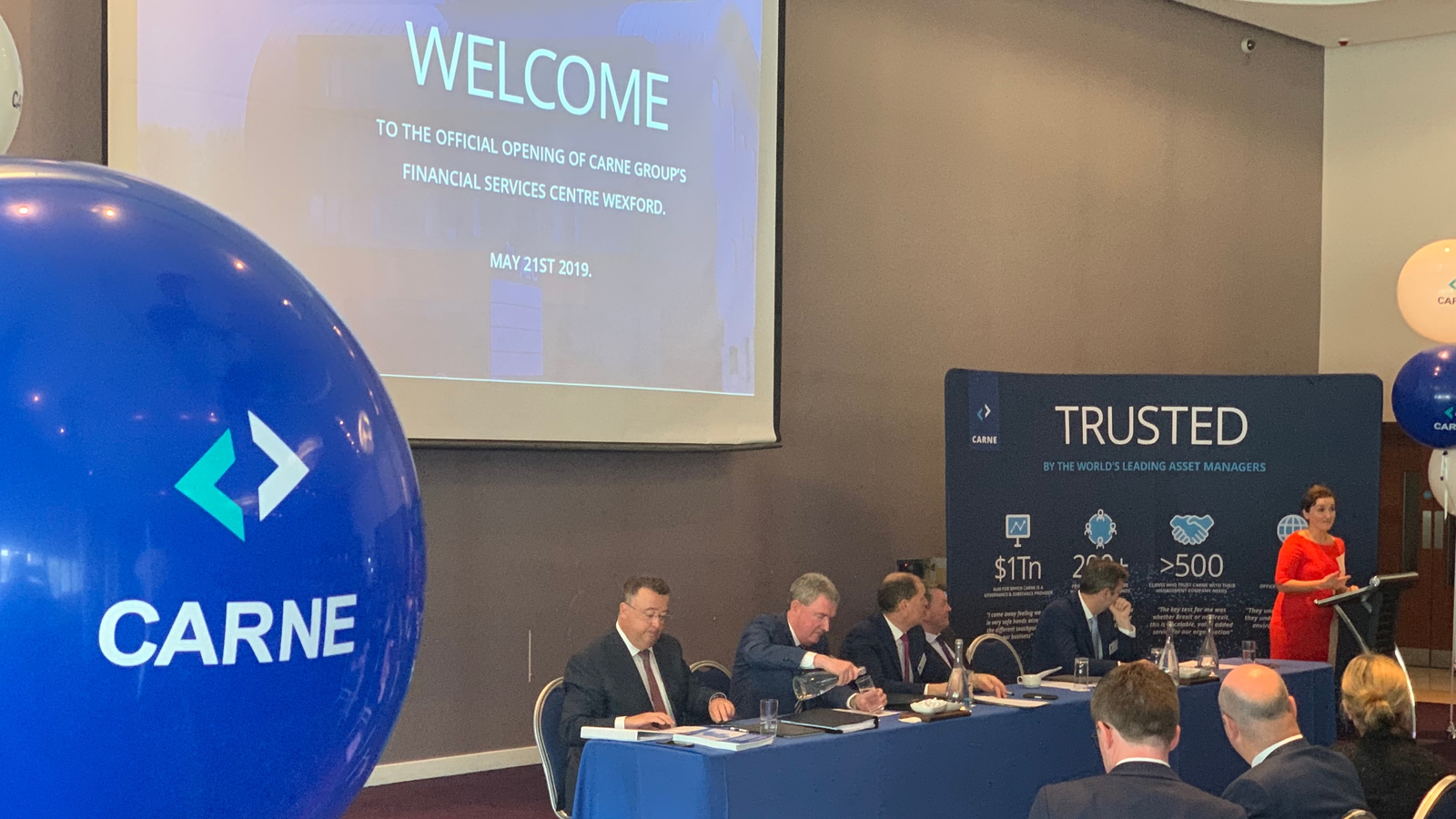 The Irish financial services company, Carne Group, will create 250 jobs over the next three years as it expands its offices in Ceredigion and opens a new one in Wexford.

Founded in 2004 by John Donohoe, Carne is the largest independent provider of services to finance management companies in Ireland.

The company currently has over 500 clients and operates ten offices in Ireland, the United States, Luxembourg and the UK.

He currently employs over 220 people, but now plans to add another 250 staff.

Fifty roles will be filled immediately at a new financial services center in Wexford, with the other 200 to be added over the next three years in the new office and its existing facility in Kilkenny. where 50 staff are already working.

The jobs will be for highly skilled financial services and IT workers across a wide range of disciplines.

These include risk management, compliance, IT development, IT architecture, data mining and cyber security.

The investment is supported by Government through Enterprise Ireland, and both have welcomed the news.

The company says that the expansion is driven by increased regulation and increasing demand from investors for supervising assets independently.

Meanwhile, a company that made the defensive suit worn by Buzz Aldrin and Neil Armstrong for moon landings in 1969 has officially opened a new manufacturing facility in Cork and is set to create 70 new jobs.

ILC Dover has already filled 30 roles at the new manufacturing facility which will produce flexible containment solutions for the pharmaceutical industry at Blarney Business Park.