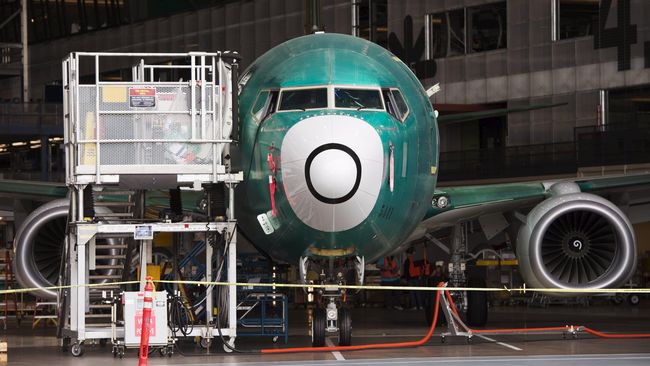 The provision of this additional training is outlined in a special guide or emergency air emergency (EAD) directive issued by the Airworthiness Directorate and the Directorate General of the Ministry of Transport Air Transport Directorate.

Training on the United States flight authority (FAA) recommendations was based after a crash of the Boeing 737 Max 8 11 aircraft in Karawang, West Java at the end of October 2018 yesterday.

"There is an extra training that needs to be done on Boeing 737 aircraft Max 8 aircraft," said Chairman of the National Transport Safety Committee (KNKT) Tierjano Soerjanto when issuing a press release at the Ministry of Transportation Office, Central Jakarta on Monday (11/12))

He explained that the additional training related to the use of airplane systems should Boeing 737 Max 8 damage be used by the Lion Air aircraft with JT-610 flight number.

According to him, this extra training will provide training for pilots to take the Boeing 737 Max 8 hand in hand.

"Addition hand flying crew one of them if you've tried it disagree height or speed disagree like warning in the accident turned her away trim speed Those who intend to turn the plane's application to be extinguished as in the Boieng document published by the FAA, "said Soerjanto.

In the same place, General Director of the Ministry of Transport, Polana B Pramesti, said his party had finished inspecting 10 units of Boeing 737 Max 8 aircraft types in Indonesia.

According to him, based on the results of the audit, it was noted that the aircraft units 10 used by Lion Air and Garuda Indonesia airlines were in good condition.

"Our surveys have explored everything, examined, including implementation shooting troubles, suitability of procedures, equipment. All the results are good, "said Polana.

Previously, Boeing announced a special guide for pilots after a deadly accident that happened on a B737 MAX 8 aircraft operated by the Indonesia airline, Lion Air JT-610.

The contents of the bulletin are about the guide to read the aircraft's site sensor against the airflow during the flight (attack angle / AOA).

As reported ReutersOn Wednesday (11/7), the guidance was published following an initial investigation by the NTSC that an airplane lost and killed 189 passengers had problems with the AOA sensor.

"Boeing has issued a Pilot Action Bulletin (OMB) for pilots and co-pilots for how the rules are if they encounter barriers to the AOA sensor," said Boeing.

The sensor provides information to the pilot about the aircraft position and the airflow from its location as it flies. If the plane of the plane when switched off and about to reach the cruise height is too sudden, it can cause the aircraft to lose control of a stall.

The Boeing bulletin does not specify what the sensor reader guide is angle of attack only for type 737 MAX or other types.