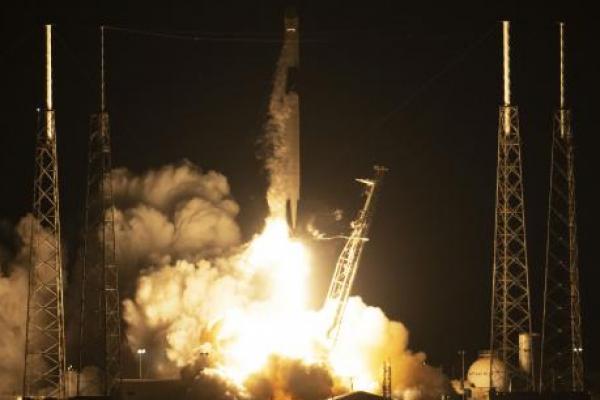 Jakarta, Jurnas.com – SpaceX launched its CRS-17 cargo mission to the International Space Station at 2:48 am on Saturday, carrying 5,500 pounds of research, crew supplies and hardware.

Inventories in the Dragon capsule rose above Falcon rocket 9. The materials will support dozens of scientific investigations and research during the ISS 59 and 60 Expeditions, including NASA's 3 Carbon Observatory Exit which will be installed in robotic on the outer space station.

SpaceX managed to clean the company's first phase reinforcement in the drone "Of Course To Still Love You" about 12 miles offshore. The Dragon Capsule is separate and has been confirmed to travel in a good orbit.

The space station will hold the spacecraft and contact it on Monday morning.

Kenny Todd, operations and integration manager for the space station, told a conference to NASA's press after the launch that the space station had been scheduled to catch the Dragon craftsman at 7 am on the East East on Monday. . The station will complete bolting to the spacecraft at 10:30 a.m.

"If everything goes well, we will open the hatch at the end of the crew day on Monday," said Todd.

Hans Koenigsmann, vice president of SpaceX and aircraft reliability, said he had stopped to see the return reinstatement to drones over the Atlantic. The reinforcement will be used again on CRS-18, the next cargo launch to the space station, in mid-July.

The appointment was planned for Wednesday but problems with the International International Station's electricity system earlier this week caused delays. Another electricity problem at the maturity was pushing predators late for a Friday morning launch effort. The ship had been short to the port for repairs on Friday.

The launch week was after Dragon Dragon's Dragon Crew capsule, a different model intended to transport people, to explode in a shooting trial. SpaceX and NASA officials said that DragonX's cargo mission should not be delayed or affected by Crew problems.

That was the SpaceX mission under NASA's Commercial Delivery Service contract. The spaceship had already flown with the CRS-12 mission.