Once Fruit Coffee You're in Banyuwangi 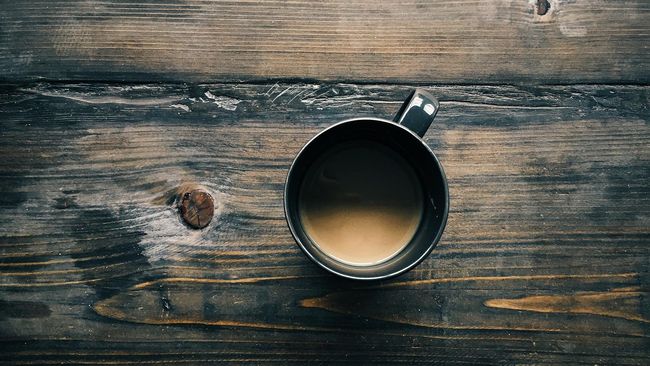 Thousands of people, mostly tourists, are gathered to enjoy coffee with each other in the traditional village located in the Glagah area.

Kemiren is the community base of the Tribe Osing (Banyuwangi native) who hosts a festival of 10 thousand cups of coffee.

That night along the way ahead of the house and the residents, there were benches, mats and other seats.

Visitors are free to choose to stop in residents' homes to enjoy stuffed coffee that is being served for free.

As well as coffee, residents also provide traditional visitors snacks, such as a fried banana, an appeal, a sweet, chicken, and others.

Banyuwangi Regent Abdullah Azwar Anas said, a tradition of drinking this coffee is not just a festival, but there are philosophical meanings, tradition, to be able to extend the economy wheel.

"This festival is an invitation for everyone to come to feel the warmth of Kemiren Village residents in welcoming guests," said Anas.

"By drinking coffee together, we keep in touch. People from different regions are here, smoker, even though they have not known each other from before," he said.

According to the Regent, people of the Kemiren Village have a long tradition of serving coffee for their guests.

Treatment is also unique, not to use glasses, but uses special cups that have passed down from generation to generation.

It is not surprising that the cup used in each house at this festival is uniform because it is a cup that has been passed from previous generations.

"This tradition of Kemiren people who likes to share it in the spirit of this festival, so it has more value than other coffee breaks," said Anas.

He added, the festival also aims to move the creative economy sector based on coffee. The coffee market in Indonesia is still open, especially the export market.

Indonesia is the fourth largest coffee producer in the world after Brazil, Vietnam and Colombia. Each year, Indonesia produces around 670,000 tonnes, but the Indonesian people are not the largest coffee drinks.

"Finland's largest coffee is Finland with 12 kilograms per person. The consumption of Indonesia coffee is only 1.7 kilograms a year, but the trend continues to rise. this is an opportunity that can be targeted, "he said.

Anas also talks about Starbucks having more than 20,000 coffee shops around the world.

Likewise, there are a number of other coffee shops that can process coffee from Indonesia to high economic value products.

"Banyuwangi has the potential for amazing coffee, now many young people work on it with attractive packaging. The sales are quite large, especially through online. So Banyuwangi is also Hold a Coffee Processing Festival to increase coffee competitiveness, "he said.

He explained that Banyuwangi coffee production was around 9,000 tonnes a year with a land area of ​​almost 8,500 hectares. About 90 percent of the production is sent to different regions and is exported through SOOs of a plant.

With a coffee-based festival, Anas hopes that the creativity of the drivers will continue to increase. Anas then quoted the founder of Alibaba, Jack Ma, for three things that should be prepared to face the industrial revolution 4.0.

"Jack Ma said that three things were being prepared, namely e-government, education a entrepreneurship. Entrepreneurship It's creativity-based that needs to be nurtured, including through the coffee sector, "he said.