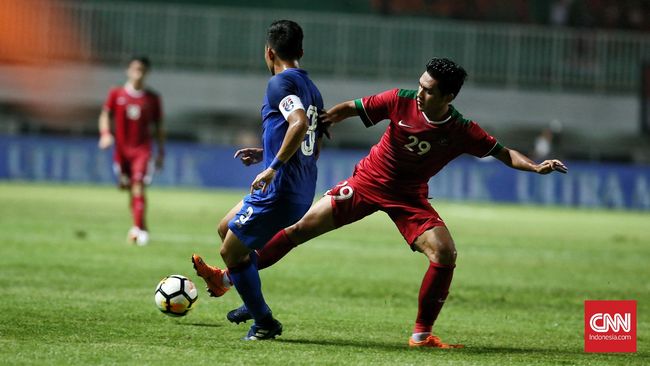 Experienced McMenemy deals with the Philippine national team and a number of clubs in the South East Asian region assessing Group B competitors in difficult countries. The Scottish coach assesses Indonesia having the opportunity to move to the semifinals.

The existence of the national and Indonesian national teams was suspected of McMenemy, and Timor Leste could go further in the 12th edition of the AFF Cup.

"I hope that Indonesia can be eligible of the group, but that depends on their last match against the Philippines [Indonesia] "They will defeat Singapore and Timor-Leste, so if they defeat Azkals, they will be eligible," the trainer who operated FC Bhayangkara continued since 2017.

"I think the champions in the tournament will be present from this group [Grup B], so it will be difficult for Singapore and Timor Leste. Not to respect Singapore, based on what the Indonesian and Thai national teams have recently been, I would be surprised if they were [Singapura] has managed to escape from the group period, "he said.

Viewing the Singapore meeting with Indonesia's national team as the first B Group match at the National Stadium, Kallang, Friday (9/11). McMenemy believes that the Lions will transfer a fast back match to and so on.

Although the national team of Indonesia according to McMenemy will play by using the presence of fasteners quickly and rely on Beto Goncalves to complete the pass referred to the penalty box.

"Them [Indonesia] tends to play 4-2-3-1 with Evan Dimas as one midfielder that plays deeper and Beto could be ahead. "The Indonesia national team has some good players, but their style tends not to hold a situation but to raise and bring the ball more widely," explained McMenemy. (TTF)