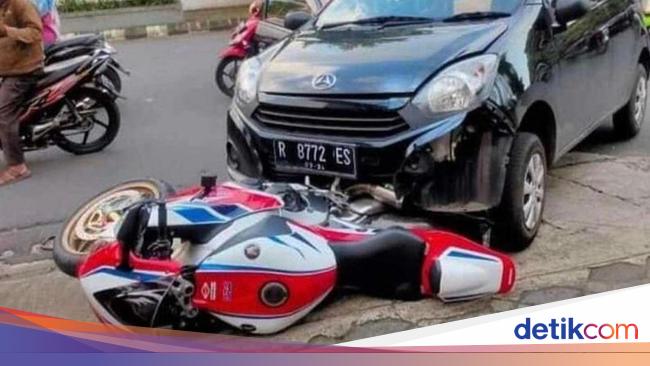 The virtual world was stunned by the virality of a photo of a Daihatsu Ayla car crash that struck a Honda CBR1000RR SP sports motorcycle in Purwokerto City, Banyumas Regency, Central Java. The police revealed a number of facts behind it:

“The incident happened yesterday on Tuesday in Jalan HR Bunyamin. So this is still in the investigation stage, what is clear is that the CBR KBM itself, from the beginning was manipulated to the scene of the crime, was about going to the right, because the distance was close, finally we couldn’t avoid the crash, Ayla. and the CBR, “Ryke said when contacted detikcom Thursday (19/11).

2. Police are still investigating information about the tie-up between the two motorists

When asked about the accident information stemming from a misunderstanding on the road, Ryke admits he is still conducting further investigations.

“I can’t gather it, yes. What is clear is that this is still in the investigation stage. Everything will be known after further investigation,” he explained.

Apart from conducting an investigation, police also checked the damage to both vehicles. But physically, Ryke said, both vehicles were slightly damaged.

“For the state of ranmor (motor vehicles), we’re still checking it out,” he said.

“The engine is still being checked,” he explained.

What is certain, he continued, is that his party had sought to mediate between Ayla driver and SP driver CBR1000RR. However, the investigation into this case is continuing.

“We are still working on mediation, in line with the investigation being handled by the Banyumas Traffic Police Traffic Unit,” he said.

Next up for recognizing motorcyclists whose videos go viral …