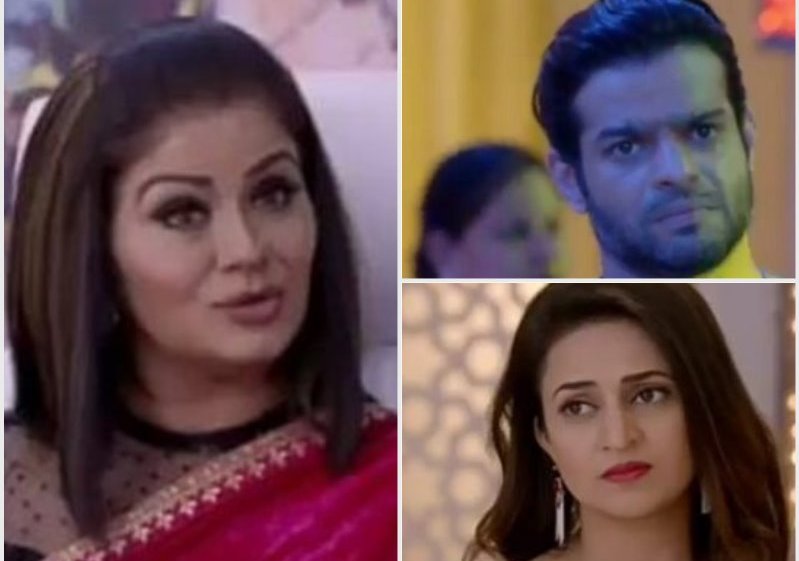 The episode starts with Alia (Krishna Mukherjee) preparing a beautiful partition on Diwali. Mani asks her to do another outside the house and she agrees easily. Everyone is happy and everyone smiles and then brings the sister of Rohan, Karan and Sudha. They try to stamp on the share and another looks up and stop them. They're asking her how she is. Alia gets angry with seeing them and unclear asking them to go away. Ishita (Divyanka Tripathi) is hearing another screaming and so comes out to find that Rohan, Karan and Sudha's sister have come. She also asks them to leave. Raman and the rest of the family members and sister Sudas come to Raman and Ishita to take the complaint they have filed on Sudha back so she can get out of the prison .

Raman (Karan Patel) and Ishita say nothing at once and say they will not get out of the prison. Then, Raman receives and calls and the secretary says that the bank has been neglected to have their office sealed if the company's CEO is not talking to and resolved and loan issue. This gets Raman in tension and tells his assistant that he will come to the office and resolve the matter. Sudha's sister laughs and tells him that she is now having to get Sudha (Sudha Charan) out of the prison. To this, Raman says that he will not do that in any case even if he has to lose his company. Sudha's sister, together with Rohan and Karan, are surprised to hear this.

Also Read: Yeh Hai Mohabbatein Forecast November 21: What? Raman to get Sudha out of the prison?

Sudha screaming at Rohan, Karan and her sister to do something and get out of the prison. They all look tired and confusing and Sudha thinks she has to do something so she's going out of the prison. He comes to the constable and he asks the three to leave Sudha alone and tell them that Sudha will be released only after Diwali as the court would the next day. This gets Sudha all red and blue in anger. Just before she says anything, the inspector asks the constable to get out of the prison saying she has got the bail. Sudha comes out and she accompanies her sister and her sons. Ishita and Raman come and tell her she is just out of prison because they need to go to the office and solve the bank's issue requesting the presence of the CEO . They also tell her that they just did this for their employees. If the company was closing, all employees would have faced a huge financial loss.

Sudha takes full advantage of the situation of Raman and worries about her employees and tells him she will not pay nail bonus to her employees this time. This is surprised by Raman and he is in great stress and is amazed at how employees would manage this Diwali without the bonus and pay. Sudha even holds a meeting with all the board members and asks Raman to make the announcement without pay.

Mihika (Avantika Hundal) together with Ruhi (Aditi Bhatia) and Alia is about to let the office pay to the employees that some women pass on comments and mislead Alia agus Ruhi. Mihika stops them and catches them back and gives us a check and us on how to treat boys and girls equally. Way to go girl. We're absolutely delighted.

As soon as Raman tells them that there will be no pay and bonus, keeping a stone on his heart, Sudha changes the situation and meanwhile he will pay the pay and # 39 ; r bonuses for everyone. This spoils the image of the Raman to the image of the workers. Not all that, she even sets a clause where she says she is going to hold a Diwali party where she will pay their wages and It's good for her but she wants Raman Balla to bring her whole family. Raman refuses and says she can pay employees without it. But Sudha sets this condition and Ishita ends saying they will certainly come and Sudha does not need them to stop paying employees and employees a pay and bonus. Raman looks at her all surprised and leaves the room.

Rohan and Karan ask Sudha if they actually pay employees. Sudha smiles and tells them just wait and watch.

What is Sudha all this time? Will she harm and create more trouble for Raman and Ishita? Will she bring Raman on the road? Wait ready to know.