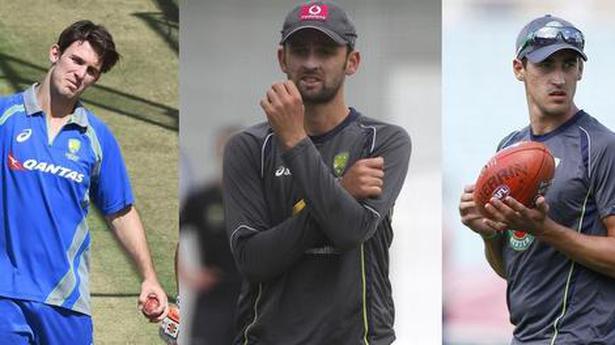 Australia has named a 13-member squad for the forthcoming Twenty20 Internationals in South Africa and India without the experienced trick of Mitchell Starc, Mitchell Marsh and Nathan Lyon.

Peter Siddle's Pacer, named as a cover for the recent overseas T20I series against Pakistan, has also dropped while the other front line crew – Josh Hazlewood and Pat Cummins – are still left out Also, although they are fit, according to International Cricket Council Release (ICC).

"Although I know that all four (Starc, Siddle, Lyon and Marsh) are eager to be playing cricket to Australia in every format, with a very difficult Test series against India coming up, We believe that their best preparation is to go back and get some very good cricket under their seat belts in Shield Sheffield, "said Australian coach Justin Langer.

Meanwhile, Jason Behrendorff and Marcus Stoinis, the left-wing, added to the squad.

The coach led by Aaron Finch will try to give up the T20I Australia holiday, especially after having a 0-3 drubbed in the recent three-game rubber against Pakistan in the United Arab Emirates.

The T20I is just off against South Africa to locate for November 17 in the Oval Queensland Carrara, while the three-game series against India will start on November 21 in Brisbane.