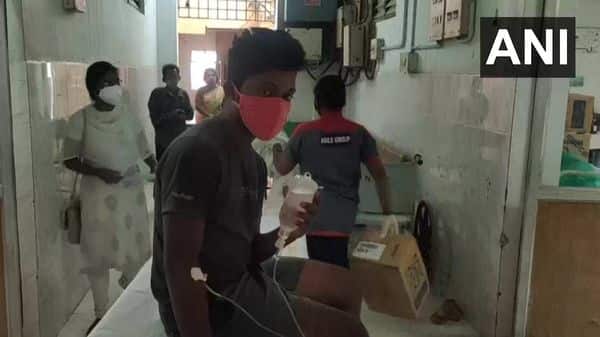 As many as 140 people became ill in Eluru town of West Godavari district on Sunday The cause of their illness has not yet been found.

“The number of people getting sick in Eluru is increasing. From last night to this morning around 140 people were admitted and discharged. Symptoms include nausea and fainting. is yet to be known, “Dr Mohan, superintendent of the Eluru government hospital told ANI.

As soon as the doctors and police found out the matter, they removed him to Eluru government general hospital.

Doctors said they had sent the patients blood samples to the Vijayawada government hospital for testing.

Meanwhile, State Health Minister Alla Kalikrishna Srinivas, who came to know the matter, rushed to the hospital on Saturday and visited the patients.

“The doctors are trying to explore the cause of mass illness. All the patients are now stable. A woman is sent to Vijayawada for better treatment. A team of doctors went to the area where so many people fell ill on the time, and they do medical tests in every house in that area, “he added.

* Thank you for subscribing to our newsletter.