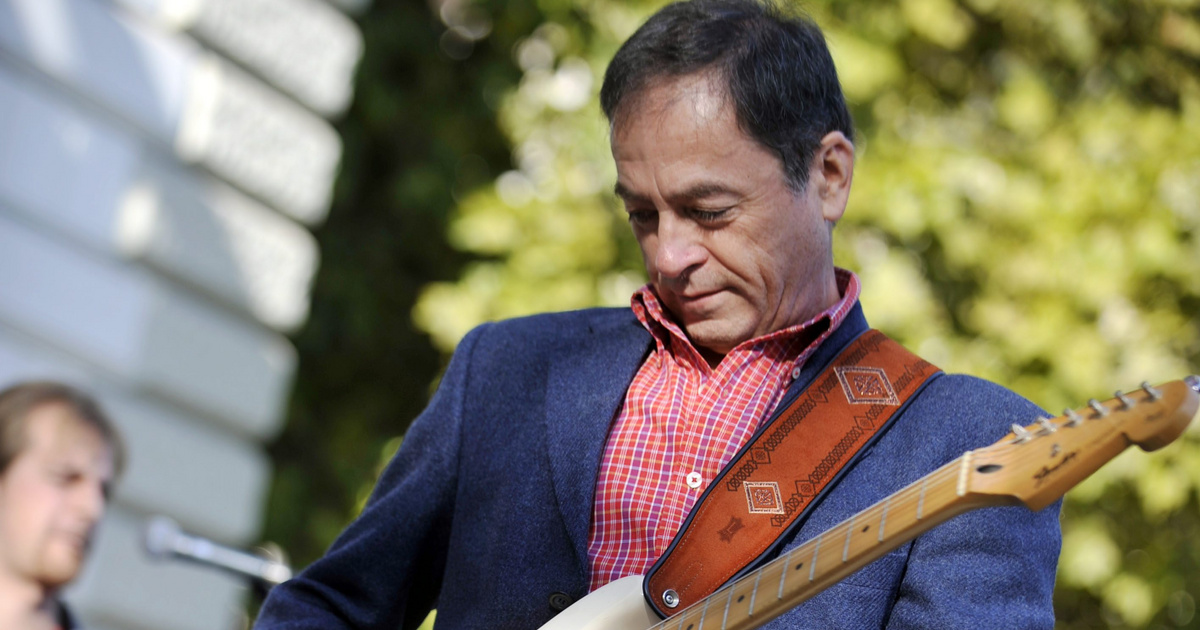 He is a very good musician, not only has an excellent voice, but also a powerful stage appearance

– his former fellow musician, András Simonyi, says of U.S. President Joe Biden’s foreign minister Antony Blinken. The 68-year-old Hungarian diplomat who was the Hungarian ambassador to Washington from 2002 to 2007 and is currently a senior researcher at the Atlantic Council in the US capital, told Index to be in their band called Coalition of The Willing playing music welcome because it links diplomacy and rock music popular in both countries:

“He spoke to the brain and heart at the same time.”

The Willing Coalition, founded in 2004, is a reference to US President George W. Bush’s war in Iraq the previous year; all the participating countries, including Hungary, were called the willing coalition.

We didn’t want to be ridiculed, but we certainly did: everyone could use his tool

– Simonyi, who said he belonged to Omega and LGT bands and was close friends with Gábor Presser, who, nevertheless, told him to go to university instead of a career in rock music, is reviving decay ‘ r band. That was in 1970.

In the Washington band, which consisted mostly of diplomats, as well as Simonyi and Blinken (both: guitars, vocals), they performed as

In the video shown here, Simonyi plays guitar in a white shirt and pants, and on the left is a rival to the U.S. Secretary of State.

The band became a well-known actor on the Washington music scene. Simonyi, who still maintains contact with Blinken today, believes that Blinken’s creativity in music could be reflected in future US foreign policy. However, he places only moderate weight on the fact that Blinken (through his mother) has an attachment in Hungary.

The fair consists of two

Hungary is of American interest only as part of geostrategic processes

– says the musician-diplomat, but nevertheless believes it

On the Democratic and Republican side, it is striking in Washington that Hungary is drifting towards Russia and China at a time when America’s most serious strategic challenge is Chinese progress.

Hungary can do a lot to change this, and it depends on one person

“I can only press for good relations with the Biden presidency. This is also for the benefit of the current Hungarian government, ”he adds.

Joe Biden, now 58, whose father, Donald Blinken, was the US Democratic ambassador to the Democratic Party from 1994 to 1997, led the Senate Foreign Affairs Committee when the Willing Coalition was formed. The committee was then headed by Joe Biden. Blinken also worked directly with Biden as a national security adviser between 2009 and 2013, when the latter was Barack Obama’s vice president.