When the junta withdrew the partition of Greece from Cyprus, leaving it in the clutches of “Attila” It is one of the darkest moments in modern Greek history. This is the moment that the Cyprus Essentially, but also formally, it is left to “Attila’s” appetite. The junta’s decision to withdraw the partition of Greece from the mainland is the most horrific of the crimes committed by the dictatorship regime.

It is an act of utter betrayal. A law that even the defenders of the seven years cannot express an elementary contradiction.

And what to say, after all, when he himself dictator Papadopoulos has admitted that the pressure it had from the United States to withdraw the partition of Greece from Cyprus was large and could do nothing;

That seems to be the hyperpatriotism of the junta. In the end, those who otherwise defended the homeland and did not raise a sword on their sword were simply torture people in the Security Detention Centers and Xeron Islands. In the face of American pressure, they raised their … hands high.

When was the Greek section of Cyprus founded? 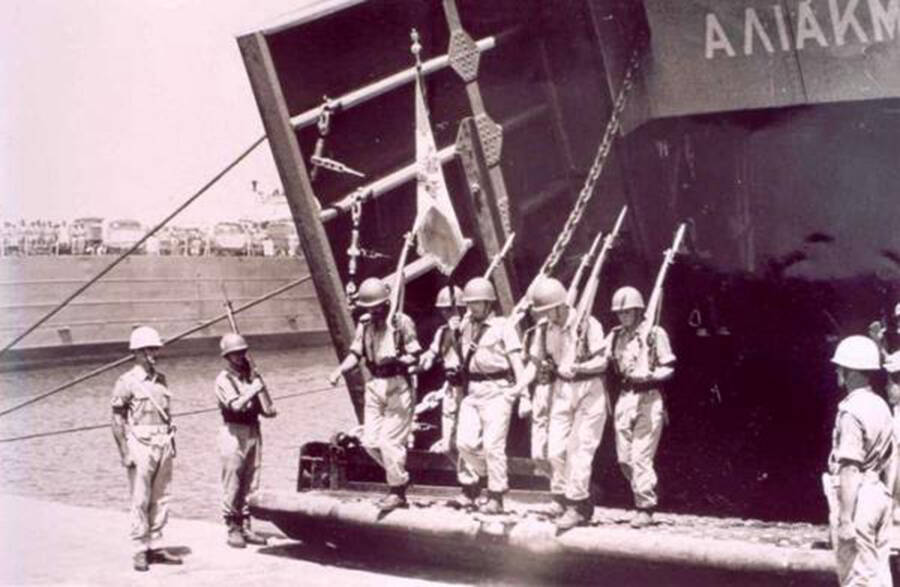 The story essentially begins with the founding of the independent province of Cyprus in 1960, with the agreements of Zurich and London. The guarantor powers are Greece, Turkey and Britain.

The agreements provide in detail the governance of the island and in particular the rights and obligations of the Cyprus sides of Greece and the Turkish Cypriot. For the military part, it was decided that the Republic of Cyprus would have an army of two thousand men, of whom 60% would be Greek Cypriots and 40% Turkish Cypriots. Initially on the island the ELDYK and TOURDYK, with a force of 950 and 650 men respectively.

From the beginning, however, things between the two communities seemed to be not working properly and there was no hope of them working satisfactorily at some point in the future.

Makarios (which essentially falls into the British trap) offers 13 points of revision of the Constitution and elicits a strong response from the Turkish Cyprus side. This was the moment when the wicket of rapid developments was fired. At the same time in Athens his new government George Papandreou monitors what’s happening in Cyprus.

The fateful date is December 21, 1963, when the Greek side, which has information that Nicosia’s Turkish Cypriots trade arms with their compatriots outside, begins to check on suspects. One of these checks does not end well as the Turkish Cypriots refuse, two of them fall dead, and thus initiate armed events that within a few days take large proportions.

TOURDYK leaves his camp in order to protect the Turkish Cypriots but occupies strategic points, not accidentally as is proven years later with “Attila 1”. The episodes last until December 28, when they finish with the intervention of the guarantee forces. That’s when what we know today as the “green zone” is created in it Nicosia and the presence of the United Nations on the island is permanent. Basically, we’re talking about a first informal split of the island.

In Athens, the Papandreou government considers all this an exercise by a Turkish invasion and decides to send a division of 8,500 men to Cyprus.

In theory, this mission happened; secretly, however, he received the approval of the United States and Britain, who did not take kindly to the close relations with which Makarios had begun to develop Soviet Union and wants to send him a “message”.

The “Kofinou operation” inspired by a junta From then on, the balances had become even more fragile. The episodes between the two sides were frequent and bloody. These prompted the reaction of the then US President Lyndon Johnson, who appointed the Under Secretary of Defense, Cyrus Vance, fearing the USSR in the Cyprus issue, as a special ambassador and giving him a blank check to handle the matter .

In the meantime Hellas the junta has overthrown the democratic regime and taken power.

In November 1967 a new tension is created on the island, this time in the village of Kofinou, southwest of Larnaca. A small paramilitary group of Turkish Cypriots attempted to control the highway. The response of the Cyprus side of Greece was immediate, harsh and uncompromising. After low-intensity armed events, he takes action General Grivas who invades with great military force into the Turkish Cyprus enclosure. In December 1986, during a debate on the infamous “Cyprus File” in Parliament, the then Prime Minister Andreas Papandreou said: 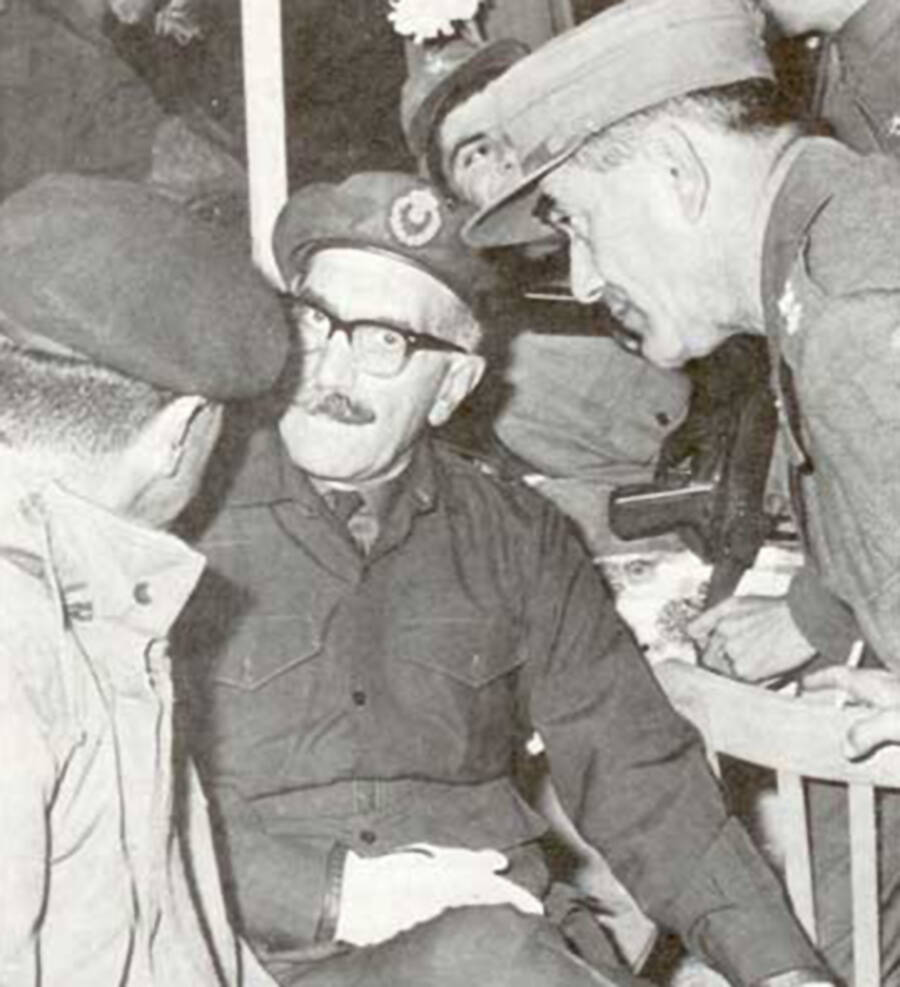 “That operation (from Kofinou), by Hellenic Armed Forces Headquarters, was commanded by Greek staff and was conducted literally every day from Athens. Makarios and the Cyprus government were in complete ignorance. It was a very big challenge for Turkey. Makarios protested because his government had been escorted. But when the National Guard moved the villages of Kofinou and Agioi Theodoroi, the junta propaganda skilfully blamed Blessed».

For his part, Konstantinos Mitsotakis had stressed in his own position: “And the drama of the Kofinou chapters, correctly described by the prime minister, followed. I would add that it was perhaps the reaction of the dictatorship and Spantidakis, who wanted to move the case vigorously after the defeat they had suffered (in the Evros talks of September 1967) and the shame by the Turks and thus the creation of the chapters. Kofinou, who gave the Turks a chance to blackmail. they successfully exploited it. It’s an aspect that needs to be explored because that’s where the Cyprus tragedy begins for me “. 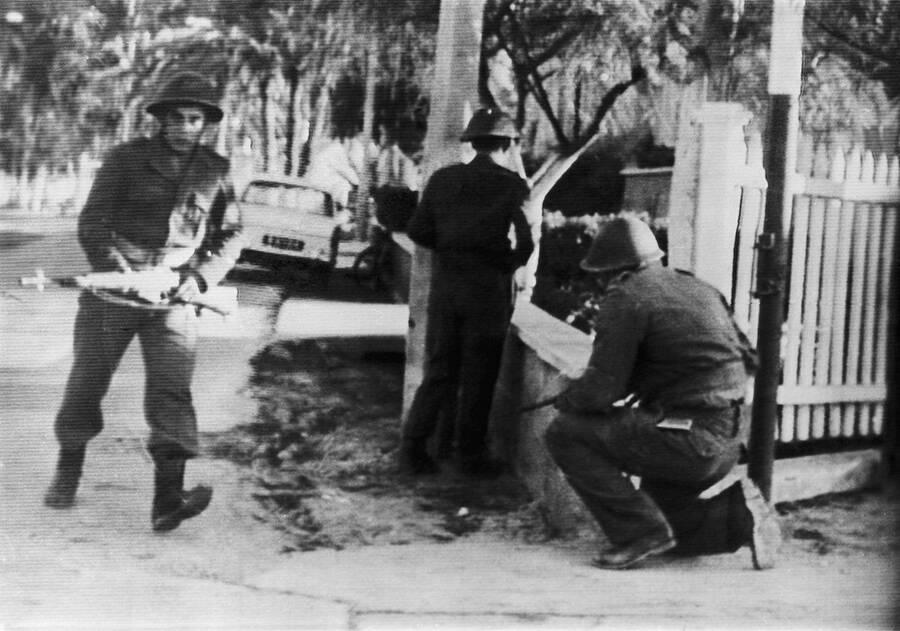 After what has happened dramatically, the Turks point the finger to the trigger and threaten everyone and everything. They demand that Greek military forces be withdrawn from Cyprus. At the same time, Grivas takes the plane (without return) to Athens and Anusara’s equivalent of Cyrus Vance where he tries to avoid a war between Greece and Turkey that seems more likely than ever.

There he learns that the American ambassador Turkey, along with Turkish Foreign Minister Ihsan Caglagil, drafted an agreement containing only Ankara posts.

Vans would take this text to Athens and discuss it with Greece’s Foreign Minister (diplomat and former caretaker Prime Minister) Panagiotis Pipinelis, who passed it on to the Papadopoulos coup leader. The junta’s leading group decided to sign this treasonous agreement without having any discussions with Makarios. Only the pro-royal general Spantidakis gave little opposition but Papadopoulos was immobile. 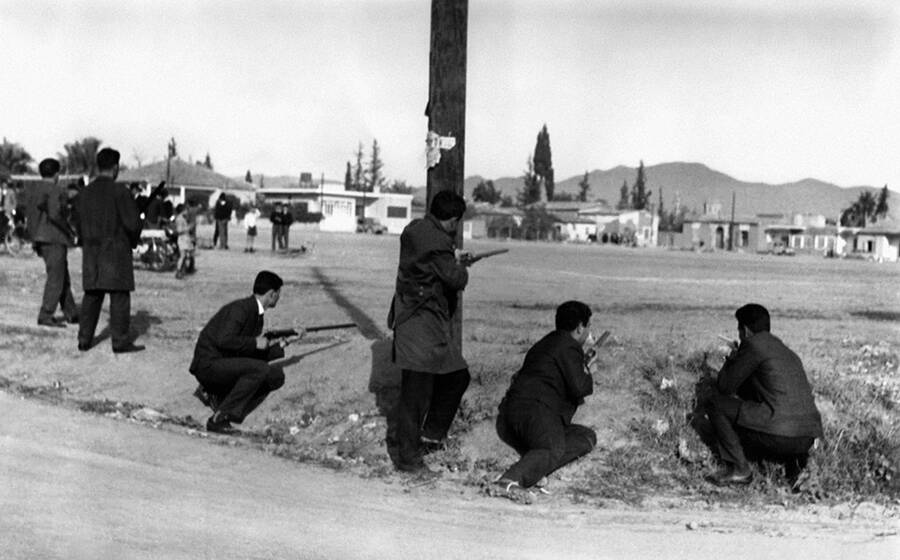 When Makarios was informed by the American ambassador to Cyprus that Athens had signed an agreement that, among other things, provided for the withdrawal of the partition of Greece, the emblematic president of the main island refused to do so. The obvious goal was to uncover it junta that she would be forced to do it herself. At the last moment and after difficult negotiations with Vance, Makarios managed to avoid dissolving the National Guard. What he failed to prevent was the national tragedy that would come a few years later with the invasion of “Attila” on an almost defenseless island.

On hearing the news of the withdrawal of the Greek partition, George Papandreou emphasized with an overtly sarcastic tone: “The Corruption sent the Nation Army to Cyprus and the Army is bringing it back.”

“Der Spiegel” wrote on 4/12/1967: “The introduction of the Greeks increased the appetite of the Turks.” Each time Mr. Vance, the wishes of the prime minister of Turkey were presented. “Figaro wrote that” The speed at which Greece rushed to accept the Turkish terms was unbelievable. “ 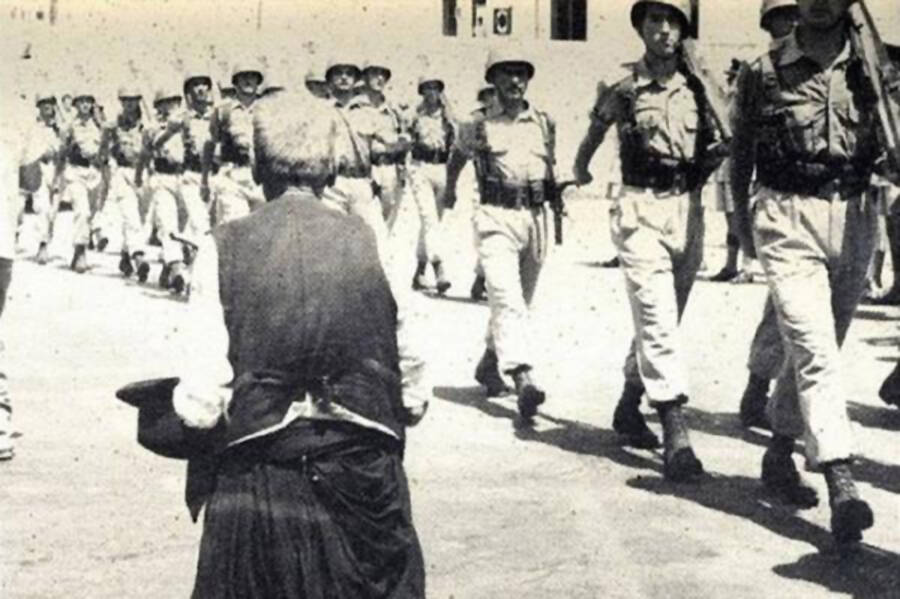 Later, Turkish Prime Minister S. Demirel told a coordinator from Greece “I expected the Greeks would retreat but not that they would be washed away”…

As for… senior patriot George Papadopoulos, when he was asked to answer parliament’s questions about that agreement after first questioning the possibility of the department defending itself effectively, he said he signed it because of its want to prevent war between Greece and Turkey and because “Vance intervened and everyone else stopped. Representative of the President of the United States… What to do?!