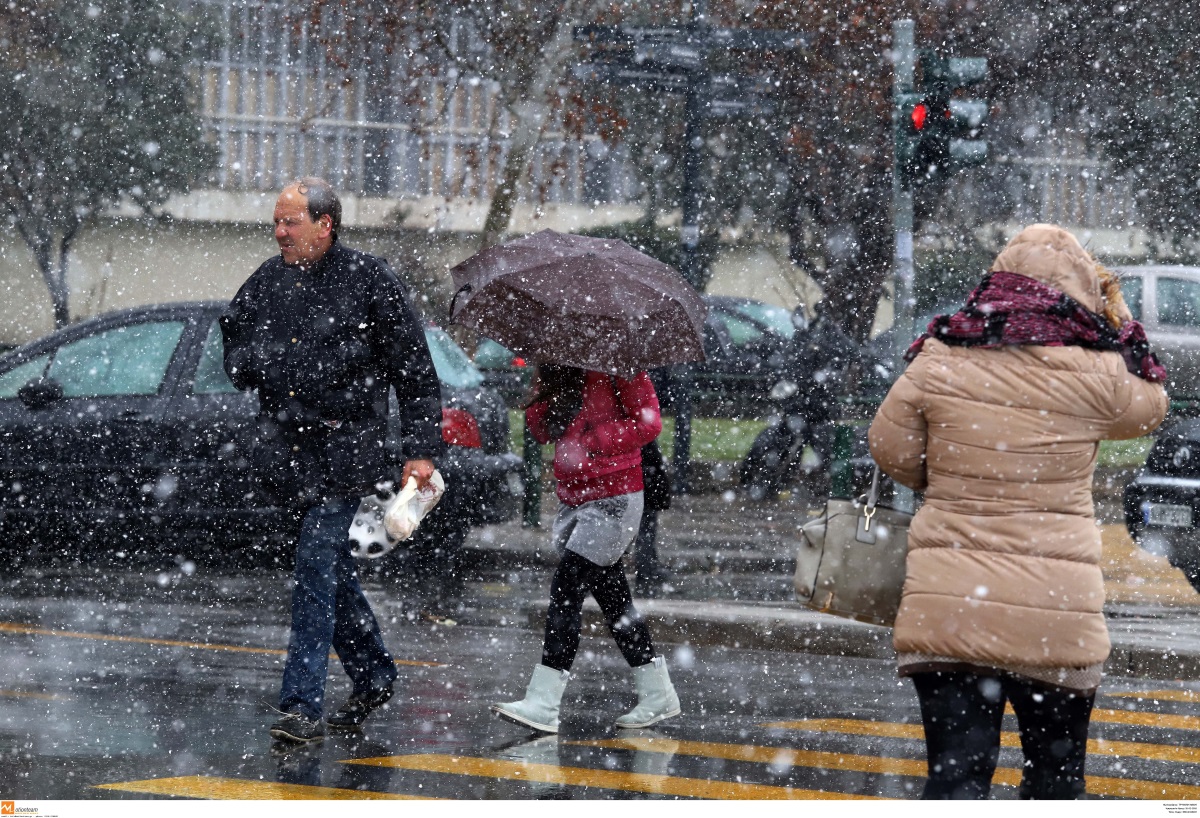 Weather: Rainy clouds, especially in seafront and seashore parts, intermittent storms, strong locally in the west, central and southern, with a gradual expansion to the rest of the country. The sun will occur in the central and northern continental mountains, which are more populous in the Epirus mountains, western Macedonia, Thessalia, in the hours of the west morning and
Central Sterea, and from night to the rest of the northern mountains. (indicative height 1,000 – 1,200 meters in the north and 1,500 – 1,000 meters in center). Reduce the effects of night gradually in the west

Winds: In the west and northeast directions 5 to 7, to the local sea 8 and to Ionian local 9 with gradual worsening, turning north to northwest . The rest of the southern directions of 5 to 7 are left.

Temperature: at central and northern levels low for season.

Attica
Weather: For occasional showers and stormy storms that will weaken in the night.
Winds: From eastern directions 4 to 6 beaufort, turning from afternoon to southwest locally to the east to 7 beaufort.
Temperature: from 10 to 15 degrees Celsius.

Thessaloniki
Weather: Rain with clouds and mainly at sea and coastal seasons stormy storms at times strongly locally.
Winds: From northern directions 4 to 6 beaufort.
Temperature: from 6 to 11 degrees Celsius.

Macedonia, Thrace
Weather: Rain with clouds and especially in the seasons and coastal seasons, are very strong locally to the west and gradually to the rest. Snowfall will be noted in the mountains, deeper in the western mountains of Macedonia and with nightlife in the rest of the mountain.
Winds: Western and central Macedonia of northern directions 4 to 6 and local 7 beaufort. The eastern east to the north east of 5 to 7 and the 8 yards local.
Temperature: From 3 to 12 degrees Celsius. In North Macedonia 3 to 5 degrees lower.

Western Isles, Epirus, West Sterea, Western Peloponnes
Covered with showers and storm electricity with strong winds. The sun will be observed in the central and northern mountainous areas, more intense in the Epirus mountains and in the morning of Western Sterea. Reducing the effects of night in the north west gradually.
Winds: From eastern directions 6 to 7 and Ionian 8 local 9 beaufort with gradual worsening turns from night to west to northwest.
Temperature: From 8 to 17 degrees Celsius. On the continent locally 4 to 5 degrees lower.

Thessalia, eastern Sterea, Evia, eastern Peloponnese
Covered with showers and storm electricity with strong winds. The sun will be observed in the central and northern mountains, having more density positioning in the Thessalia mountains and in the early hours of Central Sterea. Gradual worsening at night.
Winds: In the northeast of northeast 5 to 7 and local 8 beauforts with a weakness at night, turning to the northwest. East of eastern addresses 4 to 6 and the local beaufort 7 turns gradually from the afternoon to the southwest with the same density.
Temperature: From 6 to 16 degrees Celsius. On the north, the maximum is 3 to 4 degrees lower.

Cyclades, Crete
Weather: For rain and storm storms mainly in the Cyclades. Prohibition of night and night phenomena.
Winds: South East 4 to 6 and 7 turn north at night with south density.
Temperature: from 13 to 20 degrees Celsius.

Eastern Aegean Islands, Dodecanese Islands
Weather: For rain and storm storms, strongly locally in the Dodecanese and after noon on eastern Aegean islands.
Winds: To the north of the east 5 to 7 beaufort references. In the southeast 4 to 6 and local 7 beaufort.
Temperature: From 15 to 20 degrees Celsius. North to 3 to 5 degrees lower.

Zakynthos
Covered with showers and storm electricity with strong winds. Gradual improvement at night.
Winds: East East East 7 to 8 and 9 local beaufort with gradual departure turning from night to west to northwest.
Temperature: From 12 to 17 degrees Celsius.