Salos with the massive department store fraud on Black Friday 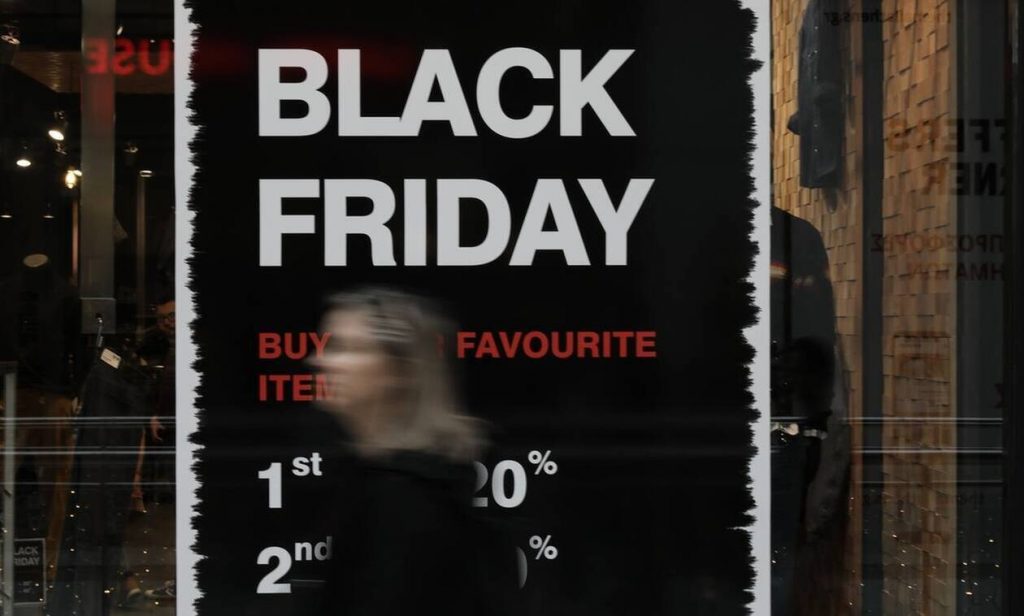 Black Friday 2020 – Big Scam: The celebration of discounts, Black Friday is over, though a big shop has gone to the brink of a massive scam to the detriment of consumers!

This particular large electronics company can be seen through its very serious consumer complaints facebook page about prices on items that, before being included in offers or discounts, appear a few days later even with a 50% increase in prices!

Consumers express their anger towards this company with examples of devices they wanted to buy and which, of course, monitored and recorded the course of their prices during the discount period so that they could make comparisons and fall from the clouds .

In some cases the company responds to certain standard messages that prices are adjusted accordingly but consumers are proving that they finally have the opportunity in their village to compare and choose.

He explained that the safest method is to buy from well-known companies and not from websites of unknown origin.

“Before starting their shopping, the consumer should try to find out if there are comments and information about the particular website. This is a safe method to take precaution”, said Mr Sfakianakis.

He added that consumers should always use a prepaid card and not their credit so as not to lose a lot of money in case they get trapped.

However, if you are a victim of scams, the steps to follow are:

Call their bank to block their card.

In closing, Mr Sfakianakis urged consumers not to get carried away by big offers because in that way they risk losing control and buying products they don’t really need.

Finally, in the case of online shopping, he called on internet users not to open messages that are categorized as “Spam”.

The Ministry of Development and Investment’s Directorate General for Consumer Protection advises consumers to be very careful with their purchases that day.

Main features of the product and its total price including taxes, charges, shipping costs, any return costs, etc.).

In addition, attention is drawn to:

The right to unjustly remove and return the product, which is non-refundable within 14 days, as well as the policy of returning the company’s products in case this right is exercised.
Electronic link to the pan-EU platform for electronic resolution of consumer disputes (ADR platform).

Secure transaction mode, the security icon, lock on the top left of the browser, and the address beginning with https: // must be displayed when entering transaction details.

Users are also recommended to:

I prefer to trade with online stores known to them.

Be especially wary of selling products at extremely low prices and avoid popup offers if they come from anonymous websites.

Avoid providing personal data if they are not sure about the security of the website.

Keep a record of their transactions.

Black Friday is the unofficial name for the day after Thanksgiving in the United States, the fourth Friday in November (November 24-30), considered the start of the country’s Christmas shopping season since 1952.

Black Friday is not an official holiday, but California and some other states observe a “Thanksgiving Day” holiday for state employees, usually instead of another federal holiday, such as Columbus Day.

Many employees other than retail and school have holidays on Thanksgiving and the following day, so next weekend creates a four-day vacation that increases the number of potential buyers.

Black Friday has been the day with the highest sales turnover of the year in the United States since 2005, although news that was inaccurate at the time described it that way for a much longer time.

Similar stories reappear every year at this time of year, showing hysteria buying and lack of inventory, creating a vicious cycle of demand feedback loops.

However, the US economy was not in a recession. The stores are now extending their offerings throughout the months of November and December, instead of focusing on this day or even just the weekend.

This use of the term dates back to at least 1961. More than twenty years later, as the phrase became more common, it became popular to explain that this day was the point in the a year when retail began to turn a profit, ie in American braid from “in the red” passed to “in the black”.

There were reports of customer violence this day. Since 2006, 7 deaths and 98 injuries have been reported throughout the United States.

It is common for consumers to camp outside the stores on Thanksgiving, trying to secure a frontline place and therefore more likely to find what they want to buy.

These practices, from occupying emergency lanes and extinguishing fires to using propane and generators in more sophisticated cases, pose a significant risk to public safety, causing at least one city to ban the practice.

Since the early 21st century, US retailers have struggled to introduce “Black Friday” to other countries around the world.

In Greece the practice was first introduced in 2015 while from 2016 more and more companies started applying it.

Read all the news on topics.gr