Pfizer: Albert Burla sold $ 5.6 million worth of shares on the day … 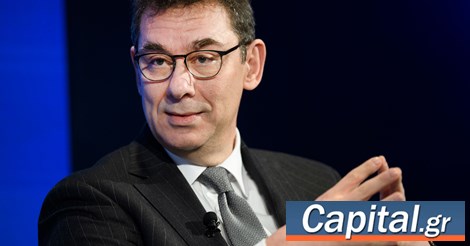 The CEO of Pfizer, Albert Burla, has requested the sale of multimillion-dollar shares in his company on the day the pharmaceutical giant announced positive data for the coronavirus vaccine it is developing in collaboration with BionTech of Germany , according to CNT. .

The company’s stock rose when Pfizer and BioNtech announced, according to preliminary data, that their vaccine was more than 90% effective.

The transaction was part of Burla’s regular schedule for the sale of Pfizer’s periodic stock.

A Pfizer spokeswoman told CNN Business in an email that the transaction occurred because the company’s shares reached a pre-determined price set by Bourlas on August 19.

When asked whether Pfizer and Burla had considered canceling the sale of the shares, so as not to give the impression that Burla was “exchanging for the good news”, the spokesperson explained that “these are pre-determined schemes controlled by third parties shareholder ”.

Another Pfizer executive, executive vice president Sally Susman, also sold shares on Monday as part of a pre-determined plan. Specifically, it sold 43,662 shares for the same price as Bourlas, of $ 41.94, with a total transaction value that exceeded $ 1.8 million.