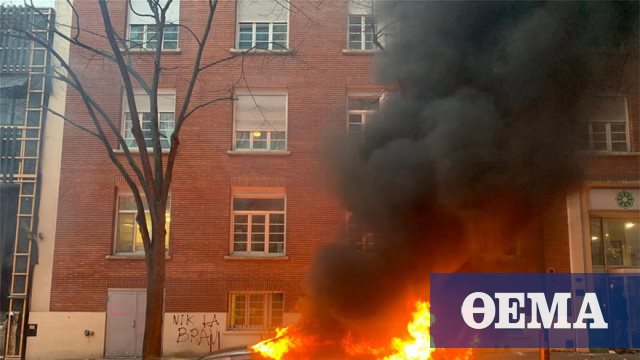 French police arrested 22 people during a protest in Paris against police barbarism and controversial security law.

Cars were set on fire and several shop windows were destroyed at the beginning of the demonstration, according to images broadcast by French television. A truck could be seen burning on a road, one A thick cloud of black smoke cover the air then.

The afternoon protest in Port de Lila, on the north side of Paris, began under high police surveillance, a week after a previous demonstration in Paris that ended in violent clashes. Groups of young people and trade union representatives gathered to march to Republic Square.

They shouted slogans like: “Long, enough!“the, “Security law, no, no. Social security, yes, yes” and catch placards with the slogan “Darmanen resigns“the “France: the country of police rights».

Missiles were fired at police, who responded with tear gas. “Everyone hates the police,” he said. “Anti-capitalists”, some of the participants shouted. Roadblocks were also set on fire.

Harris Galanos: The emblematic figure of the London Elize has disappeared