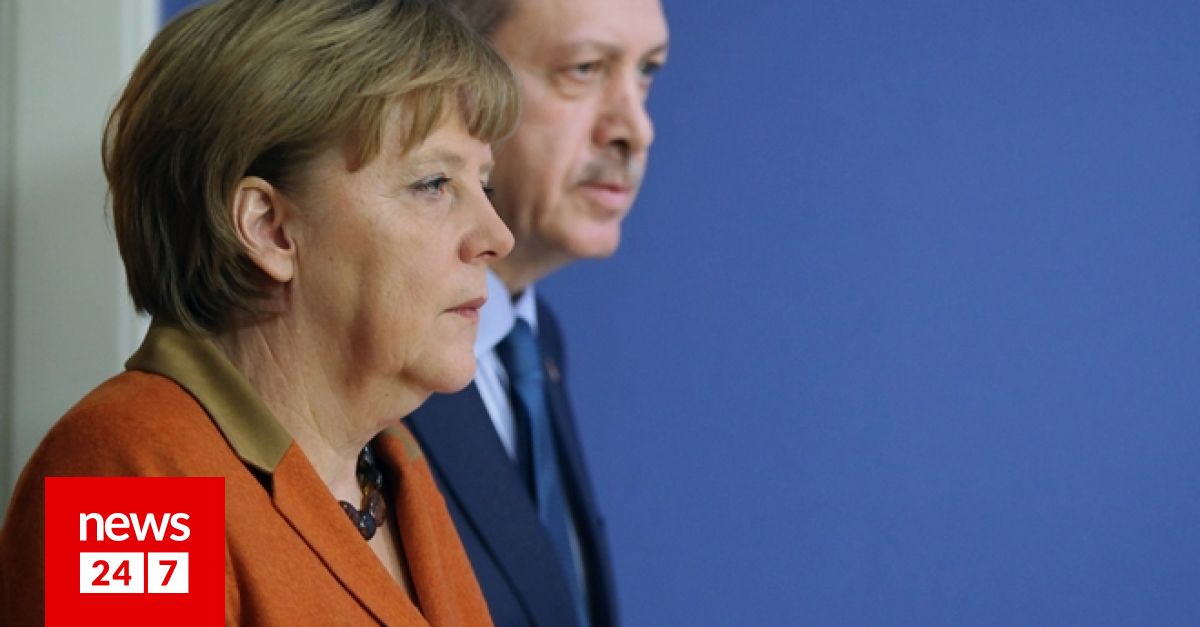 Recently, tensions between Germany and Turkey have risen, as sanctions against the neighboring country are being considered. In fact, the closer we get to the European Council Summit, the more likely it is that there will be a lot of public relations and backstage between the two countries.

The truth is that the situation in Euro-Turkish relations has not improved at all compared to the previous time when the “27” dealt with the matter.

At the same time, Ankara is continuing its offensive behavior in the eastern Mediterranean with the investigations into “Oruc Rice”, while it also went on to open Varos in Cyprus.

For her part, Chancellor Merkel described what is happening in the Mediterranean from the Turkish side as “aggressive” and “provocative”.

Nevertheless, he knows (perhaps better than anyone) no matter how hard he describes “Erdogan’s ear doesn’t sweat”. And the reasons are more than one.

Moreover, the multilateral nature of German-Turkish relations, which does not allow Berlin to have a Paris-like stance, explains why, following Merkel’s explicit reference to Erdogan’s practice in the eastern Mediterranean, the Turkish president insists Greek and French.

Perhaps because he knows that the Turkish-German relations are so strong and bilateral that Merkel’s threats will remain in words only.

The German bourgeoisie has always had strong political and economic ties with its counterpart in Turkey. It is Turkey’s most important partner and has huge investments in key sectors of the Turkish economy, such as industry and tourism.

Turkey’s major armistice programs bear the stamp of the German province. German tanks have been used in the invasion of Turkish troops in neighboring countries, as well as in occupied Cyprus.

Turkey is not limited to the arms market but also has contracts with German companies for co-productions and an information market with which it develops its own weapons.

The interests of German monopolies also dictate government decisions vis -.- Vis Turkey. That is why, with its interventions, with the support of other major European states, it is trying to avoid imposing EU sanctions against Turkey.

This German attitude has its explanation and the numbers prove it. According to the German Ministry of Finance, Turkey ranks first in importing German weapons.

Exports of weapons and military equipment from Germany to Turkey in the first 8 months of 2019 were worth more than 250 million euros, the highest annually since 2005.

In addition, construction of 6 type 214 submarines is underway. These submarines expected to be prepared by 2027 are absolutely necessary for the Turkish navy.

According to dailysabah.com in 2018, total exports of German military equipment to Turkey were 242.8 million euros, representing almost 1/3 of German industry turnover. Therefore, Turkey’s cynical response that the decision of EU Foreign Ministers “will have minimal consequences” makes no impression.

Not only that, but speaking recently in the German Parliament, Chancellor Merkel acknowledged the “security interests of Turkey” on the border with Syria, expressing the belief that these can only be achieved through diplomatic channels.

It is therefore clear that Turkey is in open negotiations with the EU, whose member states, as a whole and individually, maintain strong interests in the region and form their position on that basis.

The influence of the Turks in Germany

At the same time, we must not forget that there are more than 3 million Turkish citizens living in Germany today and the influence they exert on Ankara is an undeniable and often related factor Berlin.

There are 80,000 Turkish-German companies on German soil, employing more than 500,000 people in 50 different industries and with an annual turnover of 52 billion euros, according to the dailysabah.com.

The above feature is that in the early months of 2020, Germany was the first country in the world to absorb most of Turkey’s exports.

And all this in the midst of a pandemic.

The game in the Eastern Mediterranean

Germany believes that France is trying to become a major European power in the Mediterranean. It is worth noting that Berlin condemned any initiative that did not begin with the blessings of Germany. Let’s not forget that Germany has a great coastline, but natural resources too.

The management of the Mediterranean is therefore a key priority for Germany. That is, it seeks to intervene in the developments in the Eastern Mediterranean through the well-known “peace initiatives”.

In this context, he undertook the failed initiative for Libya in early 2020. In all this planning, Turkey is the player he can cooperate with.

In addition, Erdogan, driven by his relationship with Merkel, believes he will have the “green light” to do whatever he wants with Greece. However, Merkel cannot defend legitimacy and Greece in the EU.

Germany has been trying for some time to balance between two boats: One is the European unity that will keep alive and the single market from which Germany benefits immensely and the other are the excellent trade links that Europe’s largest economy has with Turkey.

According to dw.com, Merkel, in turn, accepts Erdogan as he is, without going blind about everything that happens in Turkey.

Her relationship with Erdogan is neutral or at least she tries to be. He knows the geostrategic importance of Turkey, not only in terms of refugees, but also as a country in the most important troubled region in the world in recent years.

This was also proved in the case of Nagorno-Karabakh.

Read the News from Greece and the world, with the reliability and validity of News247.gr.